Celtics vs. 76ers: What to Watch For

Share All sharing options for: Celtics vs. 76ers: What to Watch For

3. Elton Brand - By all accounts he should be the #1 guy on this list. However, we already know what to expect from him. If healthy Brand is about as reliable as they come. And ultimately, much like Ray Allen, Paul Pierce, and KG last season, Brand will be judged for what his team does in the spring. Although his debut will make it even less weird that this guy is gone: 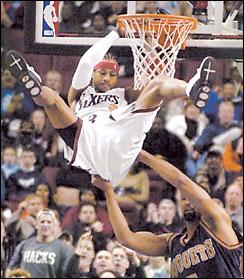 Catch the rest of the 76ers and the Celtics after the jump...

Bonus Point: Don't worry I didn't forget about Andre Iguodala. He's similar to Brand in the sense that it's all about the playoffs for him. But If he shows up with a reliable jump shot everything I've written until this point is moot. Meanwhile, check out Sixersoul. Turns out Philly ended camp early too.

3. Gabe Pruitt - He does have another year on his contract. So this isn't exactly a make or break season. Furthermore, his competitors for the back up spot - Eddie House and Sam Cassell - are by no means youngsters. Still, Pruitt be 23 in April and has to establish himself as a legitimate NBA player. As a side note Rajon Rondo is roughly 2 months older. That makes me feel slightly worse about Pruitt's progression as a pro.

2. Bill "freaking Walker - All of the reports so far have been glowing. Granted he's still learning the system. But he's coachable and attacks the rim. That's a winning combination. In fact he's the guy I'm most excited to see. However, his position prevented him from holding down the #1 spot. And even though I've watched this clip 100 times (and loved it every time), the Gerald Green era painfully reminded me that NBA players have to understand basketball.

1. Patrick O'Bryant - If he can emerge as a legitimate NBA big the rich get richer. And by "the rich" I mean the Celtics organization. I don't mean Boston's center position. There is not a lot of depth there.

For the record that Rick Pitino rant is funnier now that the C's have won a title. More importantly I loved that UMass team. And yes Roe wasn't on it, but I had to mention him. I was a huge fan back in the day and he kind of reminds me of Leon Powe. 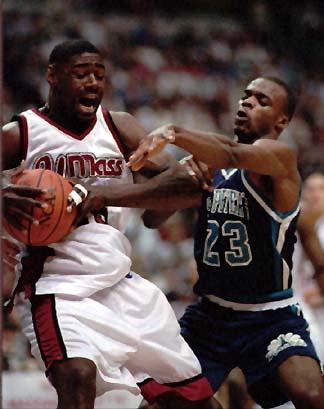