If we learned anything from the New England Patriots' most recent preseason, it's that the exhibition can in fact matter. Granted no one expected Tom Brady to get hurt. But tackling and blocking were cause for concern then. And those issues have carried over into the regular season. At the same time I have a hard time getting into Boston's preseason games, especially when Ray Allen, Paul Pierce, and Kevin Garnett are expected to play light minutes. I'll definitely watch, though possibly not live. And I've already highlighted players of interest. I know Leon Powe will fight for minutes and I hope that Gabe Pruitt and company follow his lead. Otherwise, it's good to see basketball again and too early to draw massive conclusions. 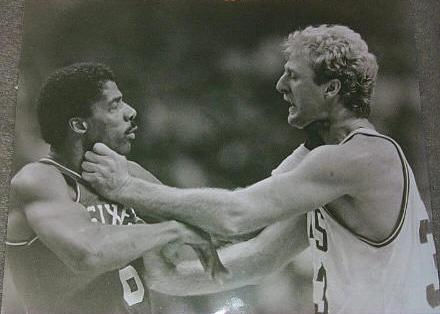