Share All sharing options for: Overreact Here! Celts Fall to the Nuggets 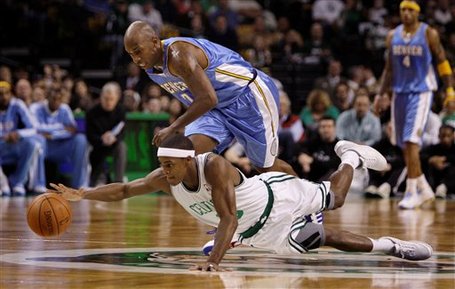 The Nuggets came into town on the second of a back to back and spoiled the Celtics perfect home record. This was a weird game full of spurts back and forth. Unfortunately, the Nuggets had the last run and went home with the win.

The Chat Room was abuzz with frustrations, so I'm sure there will be plenty of points to discuss, but here are a few topics.