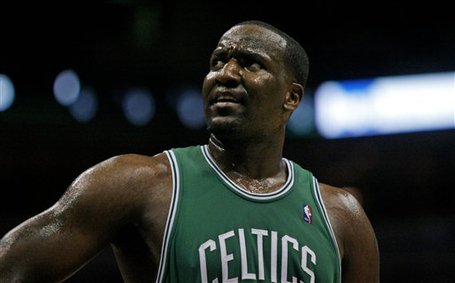 Well that was fun, interesting. By the skin of their teeth, the Celtics hang on and defeat the Bucks 102 - 97 in overtime(!!!). If you missed the game tonight, note this first sentence is not a joke.

Great job by the Bucks hanging around in a game where they scored 38 sizzling points in the first half.

Bad job by the Celtics not blowing out an inferior team that is playing without two of its top four players.

Some random thoughts as I know there is much to discuss in the comments:

Well its been a rough week. A tough game against the new Pistons, squeaked out wins versus the Raptors and Hawks, loss to the Nuggets and a OT win versus the Bucks. Next game is Tuesday versus the running Knickerbockers.