Celts Hold On Against Knicks

Share All sharing options for: Celts Hold On Against Knicks 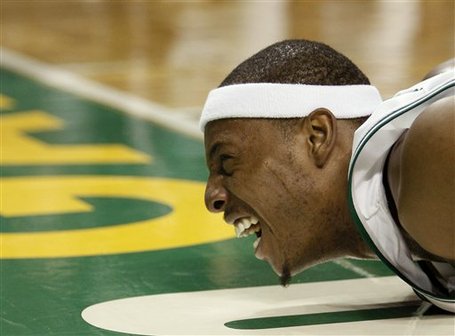 Wait...haven't we seen this game already? The Celtics again build up a comfortable, but certainly not insurmountable lead only to have that lead whittled away resulting in another win against an inferior opponent that was needlessly close.

Box Score and quarter splits after the jump