Share All sharing options for: Detroit: You Got Rondo'd 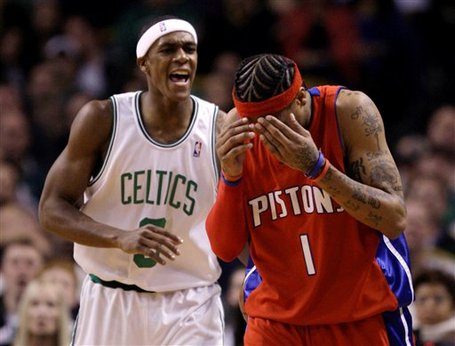 That's right Detroit. We have our own annoying chant. Get used to it. You Got Rondo'd.

For really the first time this year, Rondo played a fantastic game. Attacking the basket, active on defense, really just what we all remembered from the playoffs (home games only).

This turned into a laugher on the strength of the third quarter which saw the Celtics open a 9 point lead to 20. This one should help that anemic point differential that the C's are sporting right now.