Turnover TWolves vs Clumsy Celts: A Sloppy Win for the C's

Share All sharing options for: Turnover TWolves vs Clumsy Celts: A Sloppy Win for the C's 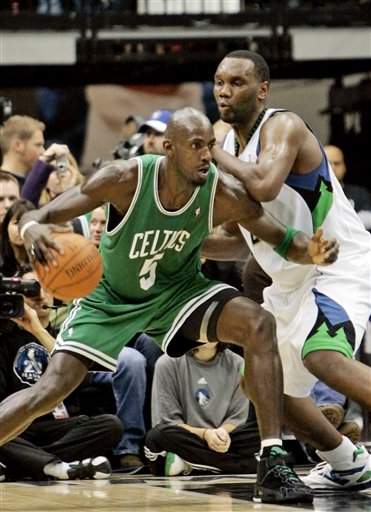 My guess is that this game simply reminded KG how cold, lonely and pointless Minnesota can be. Itʼs cold in Boston too but snow has pretty green color and KG now has a great big icy ring to keep him warm until spring. KG was not too hyper tonight, which was good - his return to Minn. was almost a non-event.