No "D" In Toronto Raptors

Share All sharing options for: No "D" In Toronto Raptors 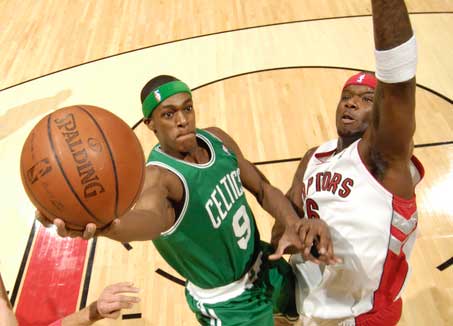 I'm back to blogging after a baby break and this was a nice, easy game to return to.  Very easy win for the men in green as the boys in white and red showed little interest in playing anything resembling defense.  Some notes:

And now we have 15 games in the books.  So tomorrow I'll write about the state of the team.  Here's a hint - we're good.