How Good Can Rondo Be?

Share All sharing options for: How Good Can Rondo Be? 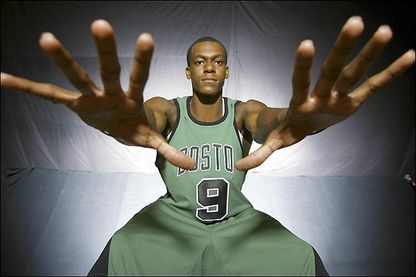 Last year Rondo made the leap from "rookie" to "talented young player on a Championship squad." How much better can he get this year? How about over the course of his career?

Through 5 games, he's averaged 8.8 points and 6.8 assists. (stats) He's one of the best rebounding point guards in the game and the offense clearly runs smoother with him in the game than not. But as we've seen documented a billion times already, he struggles with his outside shooting and free throw percentage. Plus he can be a bit streaky with his game.

So how good do you think he can be? Use the poll to react and discuss below in the comments.