Today We Will Talk About Bill Walker

Share All sharing options for: Today We Will Talk About Bill Walker

Bill Walker is now "that guy." You know, that guy that everyone wants to see play more minutes but isn't quite ready yet (according to the coach). There's little not to like about Walker from a Celtics perspective. Lets review some of the reasons:

Most importantly, the guy can play. He's not just athletic - Gerald Green was a great dunker. This guy can create his own shot. Consider this scouting report from Draft Express (covering the D-League Showcase):

His ability to slash to the basket and get in the paint was on full display. He doesn’t have the ball-handling skills to fully utilize his athleticism yet, but he is clever in his approach – using several maneuvers to get his defender off balance and gain a half a step, driving left most of the time. He also uses his strength very well, driving into the paint and then turning the move into a post up to bully his way to the rim. His mentality is to try and dunk the ball every time, which is definitely how you want to see a player with his tools approach the game.

There's a lot for him to keep working on, but it sounds like he's working on it the right way. Consider this quote (Globe):

"Only the strong survive. This is a man's game. You want something, you have to go out there and take it. That's my mentality. [Defense] is the only way you're going to stay out there on the court. [Rivers] could have easily just let me sit there. That was a way of just saying I'm thankful to be out there. I'm going to keep on working, stay humble, and try to help out. I didn't know all the inbounding plays. But it was still fun.

I'm pumped to see him play and I believe he has a bright future on this team. JR Giddens might be good someday but I wouldn't mind seeing him used in a trade either. Bill Walker is another matter. I'd hate to see him go anywhere else because I think he's got that drive that sets him apart from other players. Like many fans, I feel like if he's given a shot, he'll make the most of it.

However, don't count on him getting more than garbage time minutes any time soon.

While he played well - he has played well and sometimes astoundingly so since training camp - it’s unlikely to have any impact on Doc Rivers’ plans and needs.

"You get up and down a bit, and then it starts to work for you," he said of getting back into the NBA flow. "The thing is that I didn’t even know if I was going to play. Afterward (Rivers) just told me good game. You only do what you can do."

And right now it appears that Walker and Giddens - clearly the best players on the Utah roster - have a better chance of playing in the NBDL All-Star Game than of making further contributions here.

Rivers, asked if either player had a chance of helping plug holes in the Celtics’ current manpower shortage - especially where the injured Tony Allen is concerned - impatiently waved off the suggestion.

"We haven’t even had time to practice," he said. "I haven’t had a look at them."

I can understand that to an extent. They haven't had time to practice and when they do have practice it should be focused on fixing what is broken, not tutoring a young guy that doesn't know all the plays yet.

Still, the fan in me thinks that Walker could provide the team some much needed athleticism and creativity to the second unit.

Hey, the Free Gabe campagin has worked out well so far. Maybe we can get Bill Walker some more time too! 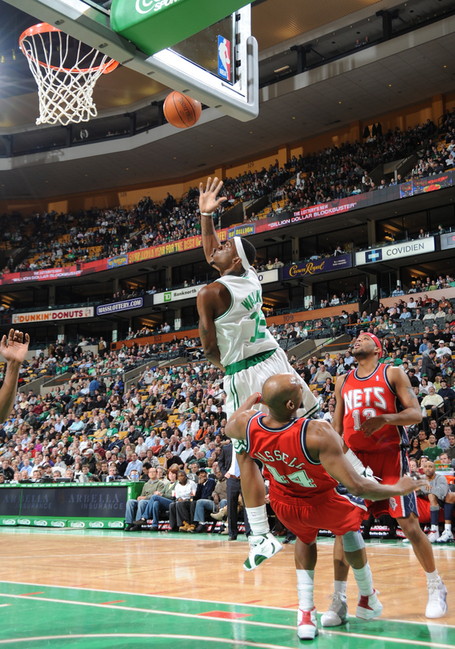