Nobody Puts Baby In The Corner

Share All sharing options for: Nobody Puts Baby In The Corner 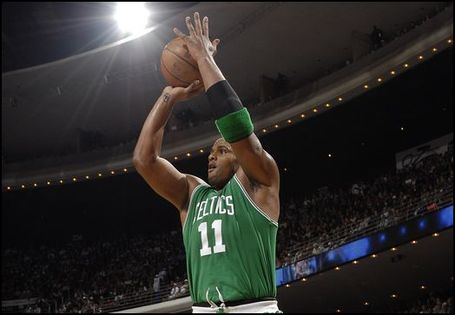 Yes, I've been waiting to use that headline.

I love how Big Baby has a knack for showing up big when he's not supposed to. He has had great games against some of the best in the league the last two years. The games last year against Yao, Duncan, and the Pistons come to mind. Now he chips in with 16 points, mostly in the fourth quarter. The rest of the team seemed to be a little sluggish as the Magic were creeping back into the game, but Davis hit some big shots and pulled down some rebounds to boot. Nice to see after a stretch where everyone was down on him.

Oh yeah, and Pierce was on again, which always helps. Plus KG was an efficent 8-13 for 16 points.

Dwight Howard? Just 11 points and 11 boards before fouling out in the 4th.