Rondo Is Heating Up

Share All sharing options for: Rondo Is Heating Up

A few days ago there was a note in the Globe about Rondo getting into a routine taking a certain number of shots each time he's in the gym.

At the conclusion of the last two practices in Waltham, Rajon Rondo has stayed on the floor and fired a series of deep jumpers in a workout that calls to mind the displays James Posey put on after practices last year and the ones Ray Allen has made a trademark.

Rondo, who puts up a combination of three-point shots and deep two-pointers right off the catch, said the workout has come with some encouragement.

"I've got a thing going on with [Kevin Garnett], so every time I'm in the gym I've got to shoot a fair amount of shots," he said. "It's something I decided on and something that he said would pay off in the end. I was shooting shots, but it wasn't really consistent. Now, it's like every day I shoot after practice."

I'm sure he was shooting drills before, but it is nice to see that he's making it a priority.

It seems to be paying off in the short run too.  Check out the two graphs after the jump.  The first is his Hot Spots on the season.  The second is just for the last 5 games. 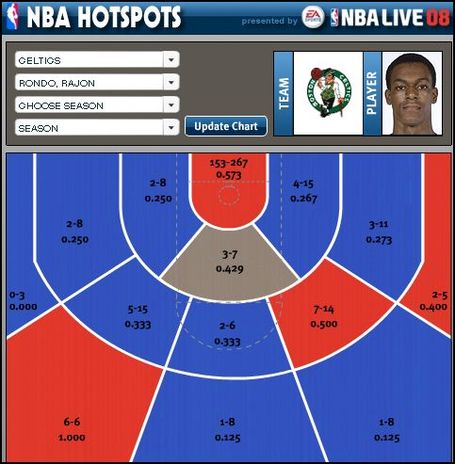 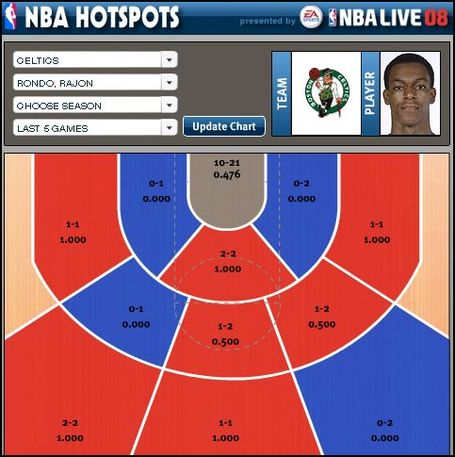