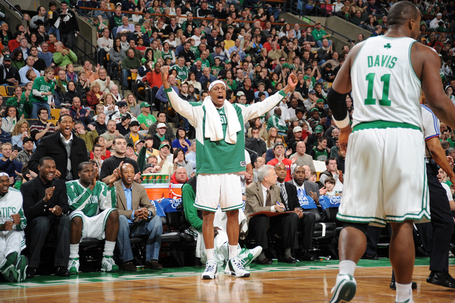 I woke up this morning convinced that there would be a game on tonight.  I guess I'm just used to games being every other day or back-to-back.  It seems like the schedule should lighten up for the Celtics in the 2nd half of the season (look out world).

Captain Paul Pierce said the team is recovering from a difficult front-loaded schedule. The Celtics (37-9) have matched their record of last season, but did not play their 46th game until Feb. 6, 2008.

"The schedule is catching up with us," Pierce said. "The second half of the year when we're not playing as many games as we did in the first half, we have more time to come out here and practice."

Bring 'em All Back

We won't mention you-know-who, but I can't not quote Doc speaking about yesterday's rumors:

Addressing the willingness of others to think Green, Rivers said, "I think that’s the most flattering part about it. We’ve gotten our team to a point where they do like us and they are considering coming. That’s flattering for a franchise. Two years ago they didn’t even return our call."

Ainge got in on the fun too.

"Reggie thought I was talking to him when I was really talking about Cheryl [Miller's sister]," Ainge joked.

Doc is treating Tony Allen like Mike Shanahan used to treat his running backs, so if you have him on your fantasy team, just keep him on the shelf.

"He practiced, but we didn’t do anything enough that he could really test it," Rivers said. "We’re going to go hard (today), so if he can make it through (today) he may be ready for the game on Wednesday. That doesn’t mean he’s going to play, but he’ll be ready."

The CSL blog has two long articles on Big Baby Davis and Patrick O'Bryant that are both worth the read. But I'm wondering what happened to Leon Powe?  What is behind his recent slump and what does he need to do to get back into the regular rotation?

Something to Talk About

If you are the sort that likes to take John Hollinger's columns and rip him apart, this might be your lucky day.   Hollinger makes the case that Vince Carter should be an All Star ahead of Paul Pierce or Ray Allen.  But before you start your rant, consider that he puts Rondo on the team too.  Now you feel conflicted don't you? 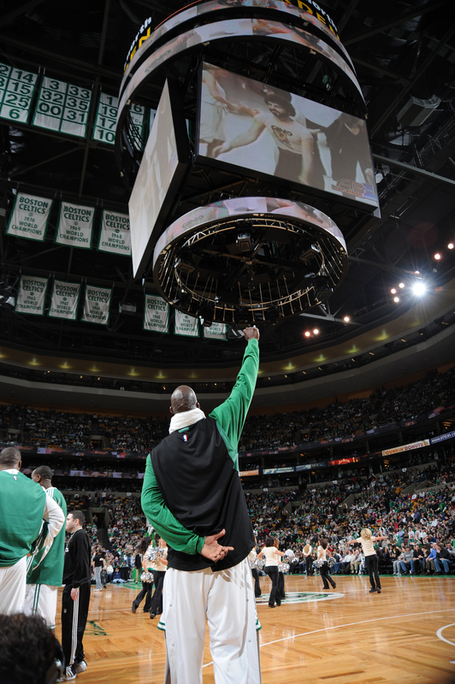