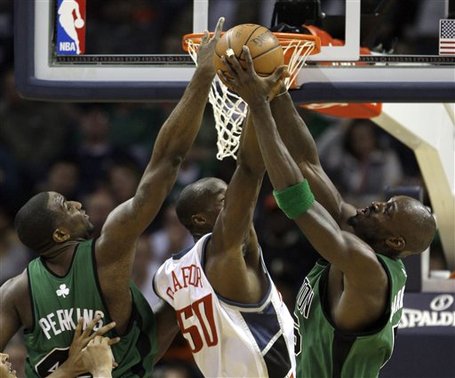 Jeff started the day off with a Nirvana themed post title.   So there is some symmetry for you.  Other possible song selections (Blew, Drain You, Downer...let's face it, there are lots of miserable Nirvana songs, I could list most of them here).

Celts fall again, to the Cats! no less in overtime. I'm sure everyone has some thoughts as to what is wrong.  Let's hear 'em in the comments.