Share All sharing options for: The Lobster Roll: Issue 1 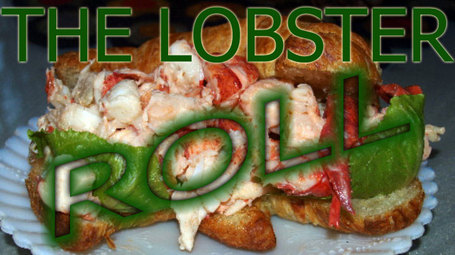 So the preseason is about to get underway for D-League and we at Celtics Blog are taking this fantastic opportunity to roll out a (hopefully) weekly column on the newly established Maine Red Claws. Welcome to the inaugural edition of "The Lobster Roll".

You might be wondering: "Why are you writing about a D-League team?" Well I am glad you asked, champ. There are two reasons why we care about this now.

Number one, this is the Celtics’ D-League team, so once they get going it is highly probable some of our younger players could be seeing some time there. Right now Bill Walker is the only one officially assigned to the D-League, but JR Giddens, and Lester Hudson are also both eligible to be sent to play for the Red Claws. As the season progresses and the rotation completely shakes out, there is a good chance that all of our youngsters could see some floor time up in Portland.

The second reason the Red Claws matter is because they are in fact based in now. Prior to this season the Celtics’ D-League team was located in as a shared affiliate of both the C’s and the Utah Jazz. It wasn’t like there were many loyal CB readers going to home games. 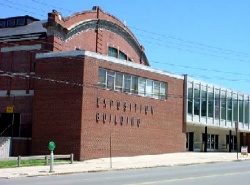 Now, the Red Claws are going to play home games right here in New England, playing out of the Portland Exposition Building (above) which is apparently called "The Expo". This presents a unique opportunity for those who cannot afford the substantial cost of going to see a Celtics game, but who still want to see professionals play a beautiful game, and maybe do some scouting of their own of those players Danny Ainge has anointed as the Great Green Hopes.

So what’s the deal with these Red Claws? Well son, lets start at the top.

The Red Claws are, like the Celtics, owned not by a man, but by a group. Their "Wyc" is a man named William J Ryan Jr.  (the Jr. is important, William J Ryan Sr. is also in the ownership group). "WJR-Junior", as his friends call him, is a pretty big guy around . He owns and operates a local speed track, and before that he was a lawyer in the area. He is also a member of the Board of Trustees for Portland Museum of Art and the Pine Tree Council of the Boy Scouts of America (link).

Their "Danny", or President and General Manager, is a guy named Jon Jennings. Jon has literally been everywhere. The guy was an assistant coach when the original "Big 3" were still players for the C’s. He got his start in basketball as a student assistant under Bob Knight at . He’s worked not only in the NBA for the Pacers and Celtics but also in the US Senate, Department of Justice, and in the White House. He also got his Masters from Harvard, so in a clichéd phrase, ‘My boy’s wicked smaht.’

The head coach may not be a former Boston Celtic, but he’s pretty much family (nuh-yuk, nuh-yuk). Austin Ainge, age 27, was hired this summer to man the wheel of the ship called Red Claws. Prior to that, he was a scout and one of his biggest duties was to monitor the development of Celtics players assigned to the D-League, like Bill Walker and JR Giddens.

The two assistant coaches of the Red Claws both have an awfully high pedigree. One, Randy Livingston, is a former NBA player but among basketball nerds (like yours truly) he’s known as the man most deserving of a call up to ever play in the NBA Developmental League. He was the NBA D-League MVP in 2006-2007 and has previously been an assistant coach for the Idaho Stampede, also in the D-League.

The second assistant coach Mike Procopio. While probably less well known than either Ainge or Livingston, he might have the most formidable resume of the three. Previously he was (I can’t verify if he still is) the Director of Basketball Operations for Attack Athletics in . The reason that sounds familiar is because that’s the training facility run by Tim Grover, former trainer of Michael Jordan. 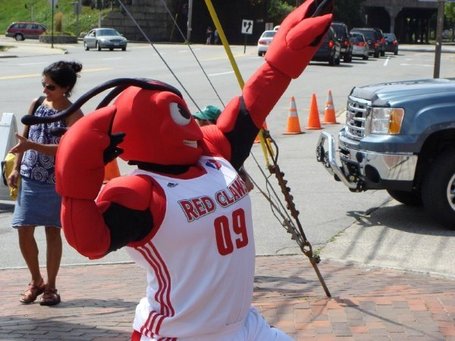 Everyone, meet Crusher. Crusher, meet everyone. Pretty ripped for a lobster, huh? He must work out.

WHAT TO EXPECT Even though they haven’t played a game, expectations are high, starting with management on downFrom Austin Ainge:

"This is the fun part," he said Friday. "Coaching the team is what you do this for. We're going to have a good team. We have good players, and right now on paper it looks like we can compete with everybody. It's exciting."

There is another reason why the D-League is great. D-League teams aren’t like NBA teams. Beyond the maximum 4 players allocated to the league, who obviously get playing time from the get go, all players are created equal. Among the normal rank and file there are no multimillion dollar contract, and every game is an opportunity to prove you deserve a 10 contract, and another chance to make it in the NBA. It’s a dogfight, and veterans aren’t much different than rookies, it’s skill that wins out, not zeros.

"We'll have a very competitive training camp," said General Manager Jon Jennings. "With a brand-new team, we have no preconceived notions of any player. Guys have to earn their spot. The opportunity is there and up to them now."

Tune in next week for the Full On Roster Preview EXTRAVAGANZA!

Note: Special thanks to CelticsBlog.com user 'FatKidsDad", as he provided us with the picture of the EPIC Lobster Roll for the banner. Tommy Points.