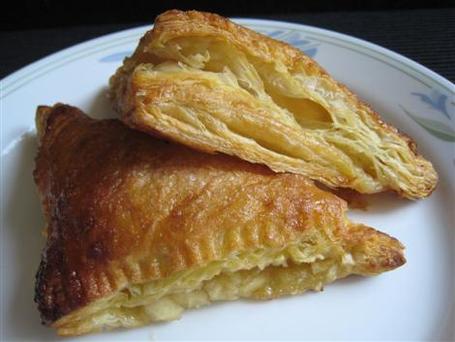 I've done my best to look for positives in the losses that we've had, so I think it is only fair to do my best Doc impression and point out a troubling issue after a nice win.  We never would have had to come back in dramatic fashion if the team hadn't gotten down by 15 points in the first place.

Sure, you can credit the Mavs with playing good basketball and hitting thier shots.  They played ok defense for much of the night, but nothing I'd really call lock-down defense.  For much of the first half the Celtics were simply beating themselves.

For one thing their shots were not falling early on.  But I'm not that worried about that.  The law of averages for a good shooting team will even things out.  The other reason they were beating themselves is more concerning because it has been going on all year.  Turnovers.

The Celtics are 4th worst in the league in turnovers (15.7), behind only the Thunder, Suns, and Kings.  Let that soak in for a moment or two.  As a point of reference, the best teams in the league (Pistons & Spurs) at holding onto the ball turn it over 12.1 to 12.2 times a game.

Nobody has made a really big deal about this till now because after all, the team is headed into the All Star break with a 44-11 record.  How wrong could things be with that record?

I'm not a huge stats guy, but I wanted to see if there was any correlation to turnovers and this team's success.  The Celtics turned the ball over an average of 16.8 times in their 11 losses.  I don't really think one more turnover a game is really going to be the difference between winning and losing.

With that said, if the Celtics could reduce the number of turnovers, it would put them in a better position to win.  On the Celtics own website, Mike Zarren looks at the impact of turnovers (this article is a few years old, so the stats are out-dated):

First, the biggest cost of a turnover is that the team who turned the ball over loses an offensive scoring opportunity. This, and not the opponent's next possession, is the most important cost of committing a turnover. Teams only get about 94 offensive possessions per game, and the loss of one of these scoring opportunities, much like an out in baseball, is not something you can get back. The Celtics average about 1.21 points per possession when they don't commit a turnover; so each turnover, on average, costs the team one of these opportunities.

Second, the opponent often gets an improved scoring opportunity off a turnover. This varies by type of turnovers, however; an offensive foul after which the defense is able to set up will not improve the opponent's chances of scoring against that defense - they are as likely to score as they would have been had they scored and called a timeout. In contrast, a steal leading to a high-percentage fast break can be a particularly costly turnover. On average, Celtic opponents score 0.08 more points following our turnovers than they do when they get the ball at other times.

So we've cleared that up.  Turnovers = bad.  Right?

On the Celtics the biggest culprits are the guys that have the ball in their hands the most: Paul Pierce (2.8) and Rajon Rondo (2.7).

Pierce is our best pure scorer and fantastic at getting to the line.  To get to the line he has to throw his body into the lane and create contact with the defenders.  Often enough that puts him in awkward positions with his momentum sending him out of control.  He gets more than his fair share of "star" calls, so he's motivated to keep using the same tricks.  However, sometimes the refs swallow the wistle and let the play go, resulting in an ugly turnover for Paul.  For all the good that comes of his forays into the lane, I'll take the handful of turnovers that result.

Rondo also gets a bit of a pass because he happens to own the 5th best assist-to-turnover ratio in the league.  When you handle the ball for as long as he does, you are bound to make some mistakes and lose the ball from time to time.  One of Doc's prime directives to Rondo is to push the ball, drive the lane, and basically create havoc for the opposing defense.  I wouldn't trade that aggressivness for a lower turnover ratio ever.  One of the prime complaints that Toronto fans have with Calderon is that he's so careful with the ball that it stifles the offense.  An aggressive Rondo is an effective Rondo.

Certainly they aren't the only ones turning the ball over.  We have 7 guys on the team averaging a turnover a game or more (Tony Allen averages 1.7 on just 19 min. a game).  Still, you can see a lot of times when the team is looking to make the extra pass only to see it go off someone's fingers out of bounds.  This team passes up more open shots than any I can remember seeing.

Sometimes they get caught up with trying to make a difficult or fancy pass (looking at you Rondo with your fake-behind-the-back thing).  Sometimes they lock in on getting the ball to Pierce or KG and telegraph the pass too much.  You could say that Ubuntu has created a culture of unselfishness almost to a fault.  But I wouldn't want them to stop setting each other up and looking for the best shot.

So are turnovers simply a reasonable price to pay for playing a certain style?  Maybe.  Maybe not.  It is hard to tell from where I sit.

For the most part, if you can reduce errors, you put yourself a better position as long as it doesn't come at the expense of what makes this team great.  You want this team to keep sharing the ball and aggressively putting pressure on the defense.  With that said, we can't be over-aggressive to the point of handing the game over to the other team.

I suppose it comes down to a balance.  We have to hope that the team can reduce its mistakes without losing that edge.  That may mean picking and chosing when to turn up the heat and when to slow it down and play it safe.  The trick is knowing when.

Doc is a big believer in improvement throughout the year.  I think this is one of the finer points that this team needs to focus on down the stretch.  Considering how great this team is in so many other aspects of the game, we're in a very good position moving forward.