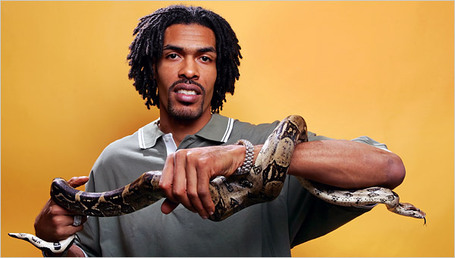 I'm also told that Sacramento will be releasing Mikki Moore after the Kings were unable to include him in any trades before the deadline. Given the leaguewide need for big men, there figures to be a fair bit of interest in Moore once he clears waivers. Expectation is high that he will wind up in Boston, reports ESPN The Magazine's Ric Bucher.

On a related note, one very, very interesting thing to watch for is a possible bidding war for Mikki Moore, who Marc Stein is reporting will be waived by the Kings to clear room for Will Solomon in the three-way deal. Cleveland has a big slice of its midlevel exception, and the Cavs would be willing to throw a sizeable chunk of it at Joe Smith if he is bought out by Oklahoma City. Whether or not they like Mikki Moore, well, I expect a reading on that from Brian Windhorst within the hour.