Taking Out the Trash From South Beach

Share All sharing options for: Taking Out the Trash From South Beach 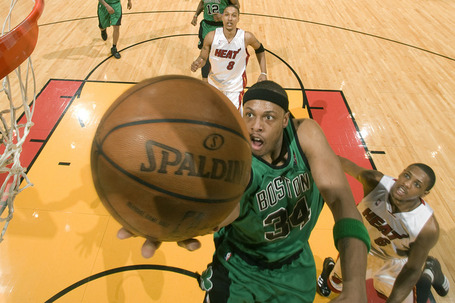 Down five rotation players.  Going up against the hottest scorer in the league of late.  Visiting a team fighting for separation in the middle of the playoff picture and coming off three wins in its last four games.

The Celtics had a tough task ahead of them last night in Miami and didn't stand all the way up to meet the challenge.  It happens.  With the ever-worsening injury situation and the team's recent inefficacy on defense scrambling my brain, let's go straight to the bullet points and get on out of here and into the right state of mind for Memphis on Friday: