Share All sharing options for: Thunder Fades As C's Roll In 4th 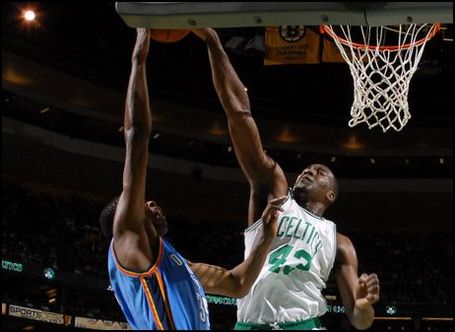 Not sure why this one was close for as long as it was, but some hot shooting by Eddie and Paul (along with some typical Celtic defense) helped Boston pull away in the final quarter.  Some additional points: