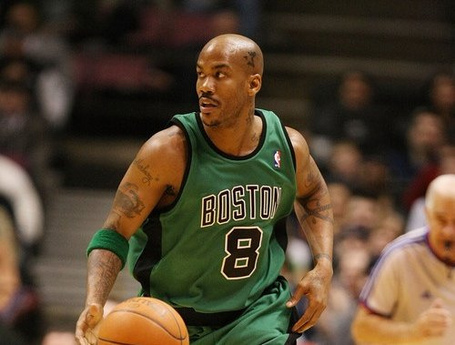 This is a silly thing to devote much (if any) time to, but it amuses me so I'm going to bring it up again.  Today Marbury is quoted in the Herald about his choice of the number 8.

But Stephon Marbury, unable to wear his customary No. 3 because it has been retired in honor of the late Dennis Johnson, said yesterday that he specifically requested No. 8.

"It’s a personal fit for where I’m going," said a cryptic Marbury, who said his only reason for the request was that it fit his desire for a fresh start.

"I’ve seen a whole list of the people who have worn No. 8" 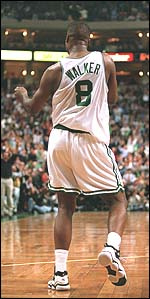 I'm no pshycologist and I won't pretend to see into Steph's mind (scary thought) but I think those quotes show a few things.