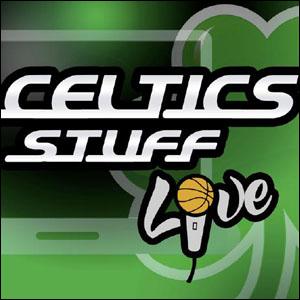 Join Jon and Kevin tonight before the All Star game, from 7-8:30pm. While the All-Star festivities have given the players a break from the court, the trade talk won't stop and Danny has been busy. Paul Pierce took home the 3-point contest Trophy last night with an amazing performance while the Caron Butler deal to Dallas was reportedly coming to completion. Now, Steve Bulpett, reports that the DJ Augustin deal seems to be the most likely and that the team does not have a strong interest in a 34-year old Antwan Jamison. We'll see you tonight!