I've Heard This Story Before.

Share All sharing options for: I've Heard This Story Before.

The media, the casual NBA fan...heck even some Celtics fans...they have short memories. Allow me to remind you.

The date was a long time ago. A place far far away. LeBron James had just overseen the worst home playoff loss in Boston Celtics history. The Celtics were literally booed off their own home floor. The Cavaliers were up 2-1. Everyone in the media was thinking "The Celtics are who we thought they were."

The Celtics, one game removed from stealing home court advantage from Cleveland's clutches, lost it. They were written off...nobody expected much when they limped into the playoffs, and nobody was surprised when they seemingly lost the only good thing they had going for them after a hard game 2 win. The game three blowout at home seemed like it was a death knell, even if it was a 7 game series. 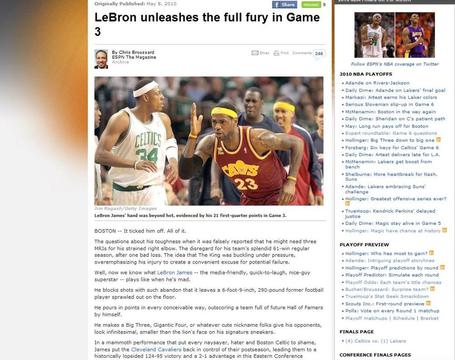 Then the Celtics went to work. Three straight wins against the team with the best regular season record in the NBA. Celtics go to the Conference Finals. Bloggers (Except us. We're cool.) and 'Experts' quickly went to their parents' basements to write their "I'm not surprised" recaps........

The date was a long, long time ago..but I can still remember..the Celtics had just gone up 3 games to none against the heavily favored Magic. Everyone and their mother was saying sweep..but the Magic fought back and took two game; one in Boston and one in Orlando. No team in written NBA history has ever...EVER come back from being down 3-0 in a playoff series.

But, the media looked at the Celtics. They said to themselves "well that Cleveland series was cool and everything, but remember the regular season? They weren't that great during the last half of it. Maybe they just ran out of steam and they're done." So they wrote their historic upsets articles. 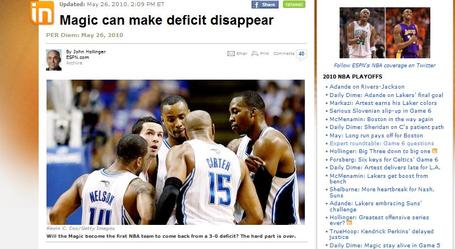 Then, the Celtics went to work. They had Orlando the entire game, the lead getting as high as 24 points in the 4th quarter. The Celtics were going to the Finals. The Bloggers and 'Experts' go down to their parents' basements to write their "I'm not surprised" recaps.

I had to dig this up from the archives, but apparently in the NBA Finals of 2010, the Lakers took game one at home, but lost their home court advantage in game two. The Celtics were heading back to Boston, seemingly with it being their series to lose. They dropped a tight game three though, despite having numerous chances to take it.

The media looked at the Celtics. They thought "Well they did already beat Cleveland, and Orlando, despite being the road team in both cases. They did do that. Buuuuut remember the regular season? They kind weren't that fantastic in the last half of that. Maybe they just ran out of steam. Maybe they've already lost. " 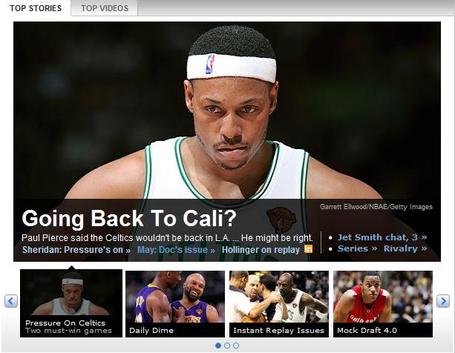 Tomorrow, Thursday, June 10th, will come. With it, comes game 4. And the Celtics will go to work.

Anyone know how this story ends?