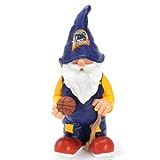 The Celtics played this team just a couple of weeks ago and much has happened in that short time span. Delonte West made his return from his wrist injury in that game but is now out again with an ankle injury. It was that game that Perk injured his MCL and now Perk is a member of the Thunder. The Celtics have 5 new players on their roster and are trying to find chemistry on the run.

In the first game between these two teams, the Warriors got out to a fast start, but after having a lead early, the game was tied at 60 at the half. The Celtics clamped down on defense and made a run in the 3rd quarter to put the game away. The Celtics beasted on the boards in that game but they had Perk (for 3 quarters), KG, Semih, Big Baby, and Luke all grabbing rebounds. Of that quintet, only KG will be playing in this game and we can only hope that a still learning Green and Krstic, a rusty Murphy, and Chris Johnson along with KG can get it done in this one.

A factor in the Celtics win was the play of Glen Davis. Warriors big man Ekpe Udoh was schooled by Big Baby. Davis had 12 points and 10 rebounds while simply overpowering Udoh. We may see some Jeff Green playing the 4 off the bench in this one along with Murphy filling in at the 5. It's a lot to ask of players who are still learning the system but hopefully they will come through and help the Celtics pull out the win.

Even though the Warriors have a sub .500 record, they are a tough team. They are a good fast break team and can put points up in a hurry. They also can disrupt an opponent's offense by getting in the passing lanes and forcing turnovers. In the first meeting between these two teams, the Celtics committed 18 turnovers, which the Warriors turned into 23 points. Defense is going to be a key in this game. Hopefully all of the new guys paid close attention in Thursday's practice and will be know somewhat where they need to be on D in order to get stops. With all the new faces and injuries, the Celtics are going to need a lot of heart to win this one.

Rajon Rondo vs Stephen Curry
Stephen Curry is a good young point guard and has been impressive so far in his career. He proved by winning the Skills Challenge that he is quick and talented. He sometimes will have defensive lapses and when he does, Rondo needs to be ready to take advantage. In their first meeting last month, Rondo finished with 19 points and 15 assists while Curry had 18 points and 2 assists.

Ray Allen vs Monta Ellis
Ellis is averaging over 25 points per game and could be a tough matchup for Ray on defense. Ellis is quick and can get his shot off if given a little space. Ray needs to wear him out playing defense and chasing him through screens and Ray should be able to get his shot off as well. Ray took the day off on Thursday to rest his legs and hopefully will be fresh for this game. In their last meeting Ray had 18 points, 6 rebounds and 3 assists while Monta had 15 points 2 rebounds and 4 assists.

Honorable Mention
Kevin Garnett vs David Lee
Lee is a very good power forward and he plays very hard every game. However, Warriors fans don't call him No D Lee for nothing. f He does have lapses on defense and KG could have a big game if he takes advantage of them. In their last meeting KG finished with 24 points, 12 rebounds and 2 blocks while Lee had 17 points, 5 rebounds and 1 block.

Keys to the Game
Defense - The Warriors can put points on the board quickly and in bunches. It will be important for the Celtics to bring their defensive intensity into this game, especially to shut down the Warriors' fast breaks since they average over 18 fast break points per game.

Take Care of the Ball - The Warriors can be very disruptive by getting into the passing lanes. They average over 9 steals a game and are second in the league at forcing turnovers with 16.3 per game. The Celtics need to stay focused and not give the Warriors any easy opportunities to steal the ball or to get out on the break.

Focus and Effort - The Celtics need to come out focused and take control of the game from the beginning. They are coming off a big win over the Suns and have had a day off and hopefully will come out and be aggressive and play focused for 48 minutes to continue their home dominance.

Official Report
Marc Davis
Davis has officiated over 460+ regular season games and 7 playoff games. When not officiating, Davis is a motivational speaker who speaks to sales forces on topics including goal setting, team building, the mechanics of presentation. Davis was investigated for threatening to whoop Allen Iverson's a** when AI complained about a call in a game in 2005, but was not suspended for it. The Celtics are 1-0 this season and are 7-3 in their last 10 games with Davis officiating. The one game he officiated was the Bulls first visit to the Garden that the Celtics won in overtime. The officiating was pretty poor on both teams. The Warriors are 6-4 in their last 10 games with Davis on the court. His home W/L record is 29-22.

David Guthrie
Guthrie began his career as a referee in the NBA in the 2005-2006 season. He has been a college, CBA and NBDL referee and he has also officiated the 2003 and 2004 NCAA Men’s Division I tournament. The Celtics are 2-0 this season with Guthrie calling the game including that OT Bulls game that Davis also officiated. The Celtics are 7-3 in their last 10 with Guthrie as a ref and the Warriors are 3-7 in their last 10 with Guthrie calling the game.

Marat Kogut
Kogut has been in the NBA since 2009. The son of immigrants from the Ukraine, his younger years were sometimes tough. At one time he and his family were homeless and slept on a park bench when they were forced to leave a Queens homeless center. In high school, he spent his free time volunteering as a ref at a local recreation league. At 6-foot-2, he knew he wasn’t tall or talented enough to make the pros as a player. At 16, Kogut became the youngest person certified by the local International Association of Approved Basketball Officials. He spent time working college, D-League and WNBA games before being called up to the NBA. The Celtics are 3-1 this season and 4-3 in the last 7 games with Kogut calling the them. He called the Clippers game where the Celtics had a 41-21 free throw advantage and they let a lot go both ways. The Warriors are 1-8 in their last 9 games with Kogut as a ref. His home W/L record this season is 26-20.

X-Factors
Injuries and Chemistry
The injury to Big Baby leaves the Celtics very, very thin on bigs. They have KG, Krstic, Green, Chris Johnson and a very rusty Troy Murphy. Will that be enough to get past the Warriors? The Celtics have a bench of Von Wafer, Avery Bradley and 4 brand new players. Hopefully they are developing chemistry quickly because they are going to need it.