The Celtics Week Ahead

Share All sharing options for: The Celtics Week Ahead

Well, the last week was pretty eventful wouldn't you say? Snapping the losing streak with the Wizards, throttling the Magic, an epic comeback against the Magic, a resounding win over the Pacers, and an epic collapse against the Cavs. That made me tired just writing it.

In case you missed it, there's a number of home games in that stretch. Wanna go see some games? Check out our Tickets page run by our partners at TiqIQ for some quality tickets at the best prices around. 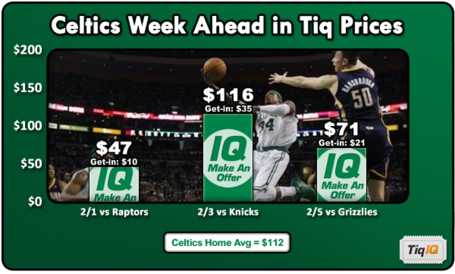