Share All sharing options for: Celtics Complete Home and Home with the Cavs Looking for Some Revenge The Celtics ended their 4 game win streak with a very bad loss to these very same Cavs in their last outing. They seemed to be complacent from start to finish. After demolishing both the Magic and the Pacers, there was no reason for them to allow the Cavs to hang with them. It appeared that they were either over confident or not focused on the game at hand as can be seen by the 16 turnovers and the failure to score down the stretch, allowing the Cavs to go on a 12-0 run to close out the game.

The Celtics all voiced their displeasure over the way the last game ended. Pierce was upset that he was on the bench for most of the 4th quarter. Whether Doc underestimated the Cavs or saw that Pierce wasn't focused and was turning the ball over, he chose to keep Pierce on the bench while the Cavs came back from an 11 point deficit. Either way, we should expect a more focused Pierce on a mission to undo the wrongs of the previous game.

KG and Ray also both expressed how upset they were over the loss, and they were right to be upset. To go scoreless down the stretch and allow the Cavs to come back from an 11 point defecit is inexcusable. If they really meant it, both players should learn from the loss and play up to their potential instead of down to the Cavs' level. The loss will still be fresh in their minds and that should be a good thing.

As with every game recently, we aren't sure who will be playing and who will be out. Doc hinted that Rondo could be back this week but this morning he said that Rondo would still be sitting tonight. That means that Avery needs to somehow figure out how to stay in front of Irving and slow him down. . Avery turned his ankle in the last game but hopefully will be available for this one. Also, JO was a game time decision for the last game but Doc said this morning that JO should play tonight.

On the other side, the Cavs will be missing Daniel Gibson, who remains in a Boston hospital with an infection in his neck. Also out will be Anthony Parker who left Sunday's game with back spasms. The Cavs haven't indicated who will take his place in the starting lineup but possibilities are Gee, who usually plays small forward, or Mychel Thompson, who filled in most of the 4th quarter of Sunday's game.

Anthony Parker (back) out 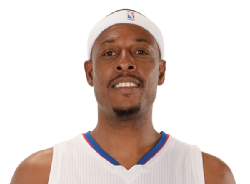 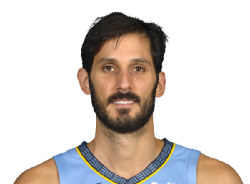 Paul Pierce was upset by Sunday's loss and I expect him to come into this game on a mission. Pierce had a good game on Sunday, shooting 8-12 for 18 points with 6 rebounds and 5 assists, but he also turned the ball over 7 times. He drove into traffic and lost the ball and a couple times just made bad passes. Hopefully he will come into this game more focused and avoid the mistakes and turnovers and lead the team to a win. 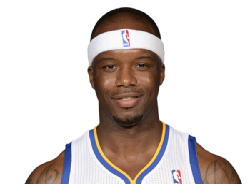 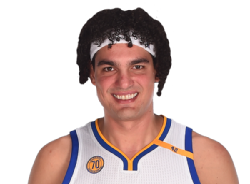 JO was a game time decision for Sunday's game and he was scratched at the last minute. The Celtics sure could use his defense in helping to stop Varejao, who lived up to his "Wild Thing" nickname in the first meeting. He had 18 points, 9 rebounds, and 2 steals, and most importantly, brought a ton of energy that spurred his teammates. JO, Wilcox, and Stiemsma will need to do a better job of boxing him out and trying to contain him.

Irving lived up to his hype in the first game and finished off the Celtics with the game winning shot. He had 23 points and 6 assists in the first meeting and the Celtics point guards have got to stay in front of him and slow him down.

Focus - The Celtics have shown that when they come out focused and keep their intensity, especially on defense, throughout the game, they win. They didn't seem to be focused from the tip and they totally melted down in the 4th quarter when the Cavs made their run. They must focus on playing their game and not play down to the Cavs. Their 16 turnovers show a lack of focus. They must fix that if they want to win this game.

Rebound - Rebounding is key to getting a win. It's no coincidence that the Celtics won the rebounding battle in their previous 4 games, all wins, and lost this game where they were out-rebounded 37-33. Rebounding is mostly desire and effort. When the Celtics put out the effort to out-rebound their opponents, they usually get the win. When they put the effort in to crashing the boards, that effort also tends to show in other areas of the game as well. They out-rebounded the Magic and the Pacers, both good rebounding teams, because they made the effort to hustle for every rebound. They need get back to doing that in this game.

Defense - Defense is the key to every game. They have played that kind of defense in the 3 games vs the Magic and the Pacers. Their defense wasn't all that great in this game. They allowed too many easy baskets and open looks, especially letting Irving get into the paint for the game winner. They have to make defense a priority.

1993 McDonald’s Championship in Munich, Germany. There is no shortage of controversy surrounding Joey Crawford, the biggest of which was a suspension for tossing Tim Duncan for laughing on the bench and then challenging him to a fight. He is known for his quickness to call technical fouls but also doesn't tend to be influenced by the home crowd as much as many younger refs seem to be. In the 2008 Playoffs, Crawford was chosen to officiate Game 4 of the Western Conference final between the San Antonio Spurs and the Los Angeles Lakers. In the closing seconds of the game, there was a no-call where the Spurs' Brent Barry was unquestionably fouled by Derek Fisher. Crawford was the closest official to the call, and the NBA later apologized for the lack of a call. Crawford was also one of the refs who was involved in the income tax evasion convictions and was suspended at that time as well. And in the Suns 2010 first round against the Blazers, Crawford made what was possibly the worst call of all time But don't just believe me, watch it for yourself.

This is the Celtics 3rd game with Crawford this season. He officiated the Christmas day loss to the Knicks as well as the third Wizards game, both of which were called fairly evenly. The Celtics are 6-4 in their last 10 games with Crawford. The Cavs are also 6-4 in their last 10 and won their only other game officiated by Crawford this year. His home W/L record this season is 7-8.

A former math instructor at Southern University, Adams joined the NBA officiating staff 17 seasons ago, and since then has officiated 904 regular season and four playoff games. In addition, he has been a USA Basketball official since 1995. Adams has also officiated the 2008 NBA Europe Live Tour and the 2002 NBA All Star Rookie Challenge. Adams officiated in the CBA for three years, and worked the 1996 CBA Finals. He also has three years of collegiate officiating experience and 10 years of high school officiating experience in Louisiana. Adams tends to be inconsistent especially on charge/block calls. He is one of Tommy Heinsohn's least favorites. In one game, Tommy went ballistic yelling at the top of his lungs "GO BACK TO YOUR MOMMA BENNIE ADAMS!!!" Adams officiated the loss at Indiana that was poorly called but the Celtics took 24 free throws to 18 for the Pacers. The Celtics are 6-4 in the last 10 games called by Adams. The Cavs are 4-6 in their last 10 games with Adams. His Home W/L record this season is 8-9.

Karl Lane is one of four new officials for the 2011-12 NBA season. Lanes’ experience includes four seasons and 167 games officiated in the D-League. He also has four seasons of NBA preseason game experience and has worked in NBA summer camps for six years. was one of the replacement refs during the recent referee strike. In addition to his professional experience, Lane officiated collegiate games for nine years and has nine years of high school officiating experience.

Lane worked for the Pulaski County Special School District in Little Rock, AR as an In‐School Suspension Teacher for 2 years before beginning his career as a referee.

This is his 3rd game this season for the Celtics. He was one of the refs in the Detroit game, which the Celtics won and also in the most recent win over the Raptors. This is his third game for the Cavs as well, both previous games losses. His home team W/L record this season is 7-7.

If the focus and energy are there, the Celtics will win. If they lose focus and feel they can play less than their best because of the Cavs record, as they did in the first game between these two teams, then they could lose another one. Also, the officiating was horrendous in the first game. Had they called a couple of the obvious fouls down the stretch, especially the obvious foul on Pierce, the outcome would have been different, in spite of the Celtics meltdown. Hopefully they owe us one and will at least call it fair in this one. But, that may be too much to ask for with Joey Crawford on the job.