The Celtics continue their road trip as they take on that other LA team and try to end the "Showtime" Clippers' 14 game win streak.

Share All sharing options for: Celtics' Task is to Stop Streaking Clippers

The Celtics continue their road trip as they take on that other LA team and try to end the Clippers' 14 game win streak. The Clippers are playing the best of any team in the league and will be a very tough matchup for the Celtics. These 2 teams met just once last season with the Celtics winning 94-85 at the Staples Center. But, that was the old Clippers, not this new "Showtime" version.

This will be a matchup of two all star point guards. Rondo and Paul are the NBA's top two assist leaders, with Rondo averaging 11.9 and Paul dishing out 9.5 per contest. Paul averages a few more points at 16.1 ppg compared to 13.7 ppg for Rondo. Both teams depend on their point guards to set the pace and keep the team on the right track.

The Celtics need to come out focused and to play for 48 minutes. They have to get contributions from the bench. They also need to keep the defensive intensity that they brought to the Nets game. It would be an incredible boost if they could get this win and stop the Clippers 14 game win streak. On the other hand, it would be yet another step back to .500 if they come up short. 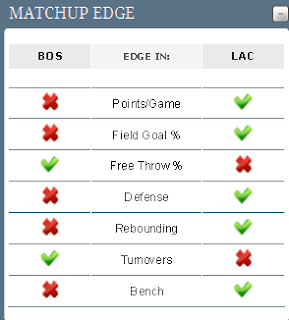 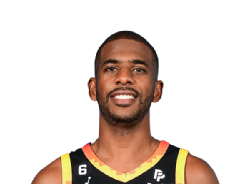 This is a matchup of 2 All Star point guards. Rondo always get up to play against the top point guards in the league. He also loves playing on national TV. Once again he's got both in this game. The Celtics need Rondo to be aggressive and to work on the defensive end because CP3 is very good. 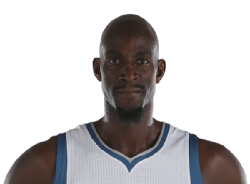 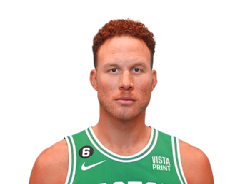 Griffin is a tough matchup for anyone. He loves putting players on posters and I have a feeling that KG won't take too kindly to being posterized. It's going to take team defense to keep Griffin from getting to the hoop.

Rebound - The Celtics need to make an effort to crash the boards. The Clippers are capable of running on the break if the Celtics don't prevent it by keeping them from getting the rebounds. Griffin is also very dangerous around the basket getting tip ins and second chance baskets. The Celtics need to show the same tenacity on the boards that they did against the Nets.

Ball Movement - The Celtics have to move the ball and look for the open man. They have to play team ball. Doc mentioned several times that ball movement was one of the things that helped to beat the Nets.

Bench Play- Jared Sullinger and Jeff Green stepped up in their last game against the Nets. The Celtics need that on a consistent basis and especially on the road. It would be nice to get some production from Courtney Lee as well and others as well.

Be Aggressive - The Celtics must be the more aggressive team. They can't play passively against a team like the Clippers. They have to be aggressive on defense, in chasing down loose balls, and in going to the hoop, especially if their jumpers aren't falling.

The Celtics began this road trip on a high note with a convincing win over the Nets. They went 0-3 on their last road trip and are just 5-8 on the road. The Celtics must find a way to play consistently whether at home or on the road.

Marc Davis, an avid outdoorsman, has been an NBA official for the past 15 seasons, working 851 regular season games and 43 playoff games, and the 2007 NBA All-Star Game. Davis officiated his first two Finals games during the 2010- 11 season. In addition to his NBA experience, Davis has three years of CBA officiating experience and three years of collegiate basketball officiating experience in the OVC and TAAC Junior Colleges. In 2000, Davis was the recipient of the Honorary Nate Humphries Award, an honor given by the Chicago Public League Coaches Association in recognition of enshrinement of an official into the Chicago Public League Hall of Fame.

Davis was investigated for threatening to whoop Allen Iverson's a** when AI complained about a call in a game in 2005, but was not suspended for it. In 2009, Davis was seen after a Celtics/Bulls game with his family all decked out in Bulls gear. Can a Bulls fan honestly call a Celtics game without any bias?

The Celtics are 1-1 this season including a win over the Knicks in the preseason and a loss at Milwaukee. They are 6-4 in their last 10 games with Davis on the court. One loss last season was a 1 point loss to the Cavs in which Davis and friends ignored a very obvious foul committed against Paul Pierce in the final seconds of the game and in which the Cavs shot 20 free throws to 14 for the Celtics. In a win against the Hawks last season with Davis the officiating was terrible. The Hawks shot 23 free throws to 13 for the Celtics. KG fouled out in that game on a terrible call. They were holding his jersey and had an elbow in his back and they called the foul on KG. Stiemsma fouled out shortly after on two more terrible calls. In the 4th quarter, 12 fouls were called on the Celtics and only 4 on the Hawks. In OT, 4 fouls were called on the Celtics while none were called on the Hawks, even through there were several very obvious fouls committed. Donny Marshall usually doesn't comment on the officiating but said that the Celtics needed to send the tape of this game to the league because Davis made it all about him. Davis also called Game 1 of the Hawks series last season. There were missed and bad calls the entire game. At one point, the ref at half court called an obvious foul on the Hawks when Davis, right next to the play, failed to call it. The frustration over the lack of calls boiled over and resulted in Rondo bumping Davis and being ejected.

Lewis has spent the last eight seasons in the NBA, officiating 481 regular season games and 10 playoff games. Lewis spent two years working in the USBL, officiating the Finals in 2002 and 2004. Prior to that he spent three seasons in the NBA Development League, where he worked the 2004 D-League Finals and the 2003 and 2004 Playoffs. He tallied eight years in the college ranks, participating in the Atlantic Sun, Ohio Valley, Sunshine State, Florida Sun and Mid-Florida conferences. Lewis officiated in Florida high schools for six years. As a student, he was a member of the basketball team in both high school and college.

The Celtics are 1-1 this season and 6-4 in their last 10 games with Lewis as a ref. The win this season was over the Thunder. The loss was the 1 point OT loss to the Sixers. In both games, the officiating was good. One loss last season was at home vs Cleveland. The refs in that game were terrible and allowed hacking all night by the Cavs. They failed to call a very obvious foul on the Cavs against Pierce in crunch time. The Cavs took 20 free throws to 14 for the Celtics. Another loss with Lewis last season was the against the Bulls where the officiating was again terrible. The Bulls shot 9 free throws before the Celtics got to the line even once and the Bulls shot 28 free throws to 14 for the Celtics.