Share All sharing options for: Game 34: Celtics Look To Buck The Trends 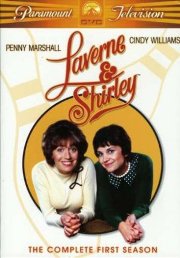 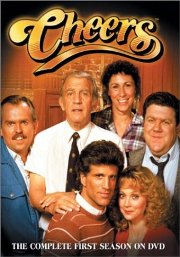 Last night's nailbiter isn't going to make it any easier for the Celtics tonight. In what should have been a cake walk in Cleveland against the Varejao-less Cavs, was a grinder where every starter played 32+ minutes. Thankfully, the Bucks are also coming off a wire-to-wire track meet against the Wizards yesterday. Maybe the Celtics needed this kick in the pants to kick off the start of the second half of the season. The way we're playing, teams can't be overlooked, especially teams we're battling with for post-season position. The win last night puts us 2.5 games ahead of the Cavs for the final spot and gives us the tie breaker. The Milwaukee Bucks are another cellar dweller that we need to beat to stay in playoff contention.

Tonight is a homecoming and it couldn't come at a better time. After going a dismal 1-4 away from the Garden, the Celtics get to sleep in their own beds for five out of the next six before heading out before heading out on a two week trek to the west coast. Tonight's game is a chance to get back to .500 and hopefully, the rest of the homestand gives Boston time to get healthy and find some consistency.

THINGS I WANT TO SEE: In Cleveland, Doc established KG in the paint early. Garnett had historically torched Jamison in the post and last night wasn't any different. With the Bucks, look for the Celtics to do the same. Oft-injured Aussie Andrew Bogut will be sitting on the bench in a suit so look for Garnett to attack the basket in the first five minutes.

We shot 14 free throws to Cleveland's 25. That has to change. The home cooking should help, but we need to be more aggressive. Rondo was more facilitator rather than instigator against Kyrie Irving. There were times last night where I thought he felt like he was still playing in the All Star Game; behind the back passes and tricky no-looks were turning into turnovers and busted plays. The Celtics need him to pinball into to the lane and light up the scoreboard with team fouls.

THINGS I EXPECT TO SEE: Whenever a marquee match-up against an opposing point guard comes up on the calendar, Rajon Rondo circles the date. Brandon Jennings may not be an All-Star yet, but I'm sure Rondo will want to put him in his place. It's a collision of opposing styles. Jennings is a southpaw that relies on his scoring to carry his team. Rondo is second in the league in assists and the purer point guard of the two, but after going 0-for-11 in Cleveland, I predict Rondo to go off. In his last two games on the parquet floor, he put together back-to-back 30+ point games, including that triple double against the Bulls.

THINGS I DON'T WANT TO SEE: It's not so much what I don't want to SEE. It's what I don't want to HEAR. Yes, the scheduling has been tough because of the lockout and any thoughts that a shortened season might have better for an older group are now disproved, but I'd rather not listen to another person utter the words "second game of a backt to back." If KG's tired of listening to excuses, let's take his lead. We're in a dog fight right now to even make the playoffs and the Bucks are a team nipping at our tail.

THINGS I'LL BE THINKING ABOUT: It's funny how things turn out sometimes. Today is Leap Day, a day we throw into the calendar every four years because the earth doesn't orbit the sun exactly 365 days a year. It's corrective. In some weird cosmic way, it makes sense that the Celtics play tonight on the eve of the first realistic day of the trade market; tomorrow marks the first day that players signed in the off-season can be traded. For all intents and purposes, tonight could conceivably be the last time we see this roster play together. Could this be the last game for the Big Three? Is there an actual fire to the smoke of the Gasol-for-Rondo trade rumors? Could we be looking for yet another center to replace Kendrick Perkins Shaquille O'Neal Jermaine O'Neal if his wrist injury proves to be season-ending? Danny could be using Leap Day as one last look at his team before a series of corrections are made. 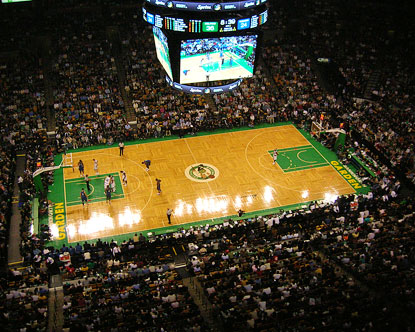 Bucks Bench
Larry Sanders
Benu Udrih
Luc Mbah a Moute
Mike Dunleavy
Jon Brockman
Drew Gooden
Tobias Harris
Stephen Jackson
Injuries
Andrew Bogut (ankle) out
Jon Leuer (illness) questionable
Stephen Jackson (questionable)
Team Connections:
Assistant Coach Joe Wolf played for the Celtics during the 1992-93 season
Ray Allen played for the Bucks from 1996-2002
Bucks Trainer Marc Boff worked for the Celtics for eight seasons as an assistant trainer and physical therapist
Armond Hill played for the Bucks during the 1982-83 season
Brandon Jennings, Stephen Jackson and Rajon Rondo all attended Oak Hill Academy
Drew Gooden and Paul Pierce both attended the University of Kansas
Mike Dunleavy and Mickael Pietrus were teammates in Golden State from 2003-07
Jon Leuer and Greg Stiemsma both attended the University of Wisconsin
Stephen Jackson and Mickael Pietrus were teammates in Golden State from 2006-08
Shaun Livingston and Chris Wilcox were teammates on the LA Clippers from 2004-06 and on the 2008-09 Oklahoma City Thunder
Game Notes
The Celtics are finally back at the Garden after a 5 game road trip that was interrupted by the All Star game. They also have a chance to get back to .500 with a win in this game.
Both teams are coming off close wins over bad teams. The Celtics barely outlasted the Cavs and the Bucks came away with a 1 point win over the Wizards. The Celtics starters all played between 32 and 35 minutes while the Bucks starters played anywhere between 17 and 38 minutes. Fatigue could be a factor for both teams. Doc may need to lean more on the younger players in this one.
The Celtics are 3-7 in their last 10 games while the Bucks are 4-6 in their last 10. The Celtics are 11-8 at home and the Bucks are 6-12 on the road. This is the first meeting between these two teams with two more to come, 3/22 at Milwaukee and 4/26 in Boston.
The Celtics are still in the 8th spot in the East and Milwaukee is right behind them in the 9th spot, 2.5 games back. The Bucks are hoping to stay in playoff contention and make a move when Bogut comes back. This will be a big game for them with that goal in mind. They can move a game in the standings with a win here. The Celtics need to keep that in mind and they need to come out ready to play and not let up.
Key Matchups

Rajon Rondo vs Brandon Jennings
Jennings is a good young PG who is working to make a name for himself in the league. Jennings has talked trash in every game against the Celtics. You might even remember him shouting trash at KG as he was heading to the locker room after the game in his rookie year. Rondo should look to make a statement here and win this match up in a big way.

Kevin Garnett vs Ersan Ilyasova
Both teams are playing in back to back games and both KG and Gooden are both a bit long in the tooth, with KG being a bit longer. KG also has an intimidation factor going for him. After KG's step it up speech before the break, I expect nothing less than full effort from him.
Honorable Mention
Ray Allen vs Shaun Livingston
Ray has had plenty of rest over the break, so he should be good to go. Livingston has a height advantage but I don't see him keeping up with Ray through all the screens that Ray goes through to get open. The Celtics need Ray to get hot in order to spread the floor and keep the defenses from collapsing inside.
Keys to the Game
Defense - With the second half of the season, the Celtics must renew their commitment to defense. Before their current 5 game losing streak they were the top defensive team in the league but recently they have allowed easy baskets and tip ins every game. They have to get back to locking down teams and making them work for their points.
Energy and Hustle - The Celtics have been playing like they are running in mud. They have to be more aggressive in going to the basket and chasing loose balls and crashing the boards. The more aggressive team will get the calls and will have the momentum. The Celtics must play with more energy and win the 50-50 and hustle plays.
Rebound - The Celtics must crash the boards to prevent the Bucks from getting second chance points. With Bogut back, the Celtics have to make more of an effort to grab rebounds. Rebounding is all about effort and when the Celtics put out the effort on the boards that effort seems to carry over into all the other areas of their game. Failure to rebound will result in a failure to win.
Work the Offense - The Celtics offense has been off The Celtics must move the ball and make the extra pass and find the open man. The Celtics starters have been struggling to hit shots. They have even been missing a large number of layups and shots in the paint. It may have been fatigue, or it may be a lack of focus or mental toughness. Whatever the problem, hopefully they can figure it out. The long scoreless droughts that we have seen recently have got to go away if they want to win on a consistent basis.
Limit Turnovers- The Celtics turn the ball over way too much. They make careless passes. They lose track of their defender and lose the ball to them. They dribble into traffic and lose the handle. Against the Cavs, Pierce must have dribbled into a double team 3 or 4 times and was stripped every time. They had 17 turnovers with 10 in the second quarter. All of this could be fixed with more focus and discipline on the part of each player.
X-Factors
Effort and Health
The team is healthier than they have been in a long time. Only Jermaine O'Neal is out and so they no longer have the excuse of not having all their players. KG made the point that if guys weren't willing to step up then they needed to stay home. Hopefully that speech is laying heavily on each player and we will see maximum effort from everyone.