Scoreboard Watching: Could A First-Round Series With Orlando Bring Dwight To Boston?

Share All sharing options for: Scoreboard Watching: Could A First-Round Series With Orlando Bring Dwight To Boston?

I know Doc would hate me for scoreboard watching, but with eight games left and home court advantage in the first round on the line, I had to take a peek at the standings and the remaining schedule.

First of all, the importance of last night's game cannot be understated. Not only was it a gutty win that kept the Celtics rolling, but it created a three-way tie with Atlanta and Orlando at 34-24 and gave us the tie break over both teams regardless of the outcome of our head-to-head match ups next week. By virtue of being the Atlantic Division leader, we're guaranteed a top 4 seed in the playoffs, but that means nothing if we don't finish with a better record than both of them. If a division winner has a worse record than a lower seed, then the lower seed has home court advantage.

Let's take a look at the schedule:

At first glance, we've definitely got the tougher road. Even though our next three games are against lottery teams, they're all on the road and they're back-to-back-to-back. That's not even considering the murderers' row of games we just survived (and are still surviving). Doc has spoke volumes about this team's heart and will to win and it'll be further tested in the next week. After that triple header against the cellar dwellers, they're at MSG against the blood thirsty Knicks and then the head-to-heads with the Magic and Hawks. 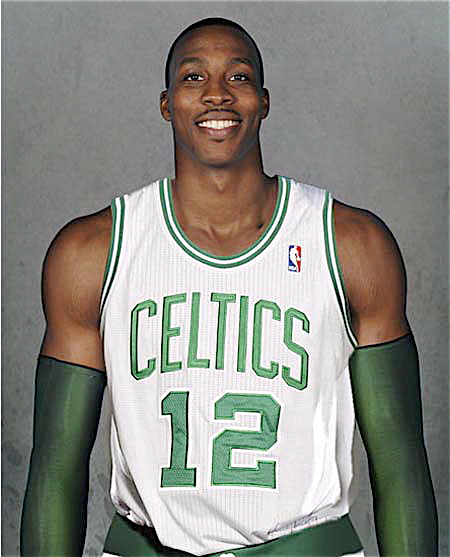 In the past couple of weeks, we've debated about trading Rondo and starting Avery vs. Ray. By next week, the discussion will be about resting the veterans but that argument might be moot. After the games at home against Orlando on the 18th and on the road in Atlanta on the 20th, Boston will be at home for an entire week to finish the season with the three days to rest up before another showdown against Miami and another day's rest for the finale with Milwaukee. Let's just hope that they won't have to pack their bags and host a first-round series in the Garden, too.

Does home court against Atlanta or Orlando even matter? We've beat both teams twice this season and traditionally handled them in the last five years. Personally, I'd rather go up against the Magic. We've had their number all year and a Bass/Baby showdown would be fun to watch, but there's a subplot here that goes beyond this season. I'm not the biggest Dwight Howard fan but I'm sure others out there in Celtics Nation drool to see him in the green. If the Celtics handily beat Orlando, that team definitely gets blown up. Whether it's SVG or DH12 or both, the Magic won't be the same next season. I liken it to Cleveland and Lebron after we beat them in 2010. Had the Cavs advanced further that season, there would have been a better chance that The Decision would have never happened.

Dwight has always been very complimentary about the Celtics, but Boston was never on his short list. However, after getting throttled by the Celtics in Boston and then giving up a 20+ point lead a few nights later in Orlando, Howard said:

I'd always listen to a team like that. You look at a team like Boston and look at a team like LA who's won . . . especially Boston. Man, those guys came together and they didn't care who scored all the points. They had done all the individual stuff. [The Celtics] have the championship mentality. It means a lot. Like I said, I like the team. They play hard and they go after it, and that's what I like.

It seems strange but crushing Orlando might be the best way to recruit the big man. If you can't beat 'em, join 'em, right? Dwight has been very clear that he didn't want to follow in Shaq's footsteps to LA, but Boston seems like a perfect place for him. I've always questioned the idea that Boston isn't a favorable destination for free agents. While other teams are wiping out cap space and ridding their cupboards of talent to make room for big free agent signings, Boston has instead developed character and reputation. We have arguably the best coach in the league and and MVP candidate in Rondo (who is a pass-first PG). Howard is a three-time Defensive Player Of The Year; the Celtics boast the best defensive in the league. He has his character flaws, but under Doc and surrounded by veterans, I'm sure he'd get it together. It's all speculation at this point and without chips to trade, it would most likely be something that would only happen next summer in free agency, but the size-16 slipper does fit.

But I've digressed. Enough scoreboard watching. Enough 2013 watching. Let's revenge that loss to the Raptors first. Hmmm...but if we beat Atlanta in the playoffs and Josh Smith is on the market and he did visit his best friend Rajon Rondo in the Celtics' locker room last night...