The education of Kelly Olynyk

At Gonzaga, Kelly Olynyk redshirted his junior season and used the time to become a better player. It paid off the following year when he became a Naismith candidate and eventually the 13th pick to the Celtics. Considered by a majority of GM's to be the biggest steal of the draft, he won't have time to sit back and comfortably adjust to the pro game as his rookie season and a rebuilding year for his new team become a trial by fire.

Share All sharing options for: The education of Kelly Olynyk

Before the season opener in Toronto, Brad Stevens said, "Kelly Olynyk is one of our best players, but he's not starting because he can play with anyone" and hinted that he'd lead the team in minutes.  That night, Olynyk played 16 minutes and went 2-5 from the field, not pulling down a single rebound, dishing out one assist, or blocking a shot.

It was a dubious start for one of the league's most heralded rookies who had already turned in a great summer league performance and a solid showing in the preseason.  Chalk it up to hometown jitters, his family and friends in the stands, or just game one of what we hope will be a long and prosperous career for young Olynyk.

It's not easy being Kelly green.  He's been compared to Kevin McHale because of his low post moves and Dirk Nowitzki because of his size and ability to shoot from distance, but it might be a little unfair to put this sort of pressure on the rookie to become this basketball Frankenstein that we've created in our heads.  Maybe it's the mythmaking powers of fans and bloggers that have created Samson out of the 22-year-old Canadian with the Thor-like locks, but it's not like he hasn't lived up to the legend.

In Orlando, he consistently was isolated on the block and wiggled his way for easy layups:

And in arguably his best game of the preseason, he was solid against the Raptors in Toronto:

Inside.  Outside.  Finishing in transition.  Executing in the half court.  He's done it everywhere.  He showcased his talents in July, teased us with glimpses in October, and now, has us begging for more.

Against the Bucks tonight, KO played only 13 minutes, but was put in a number of decision-making spots: 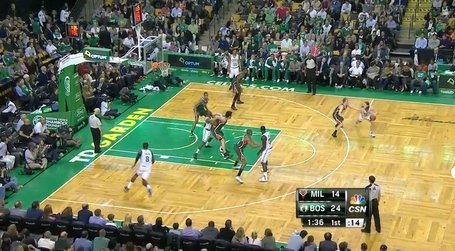 Point forward at the top of the key. Jordan Crawford back screens for the Jeff Green lob but it isn't there. 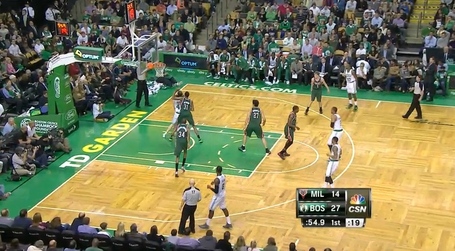 Beats his man down the floor in transition, establishes good position, and gets fouled. 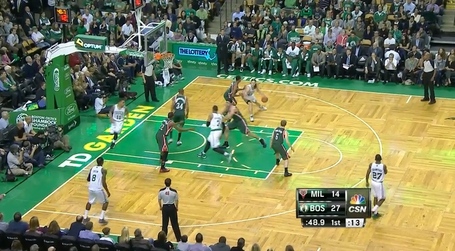 Isolation clear out in the low post. Misses a fall away in the key. 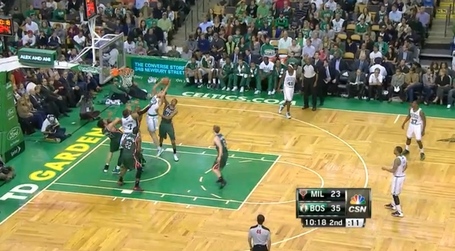 Offensive rebound and a missed put back. Sullinger cleans it up for an and-1. 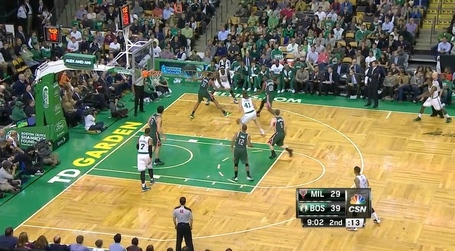 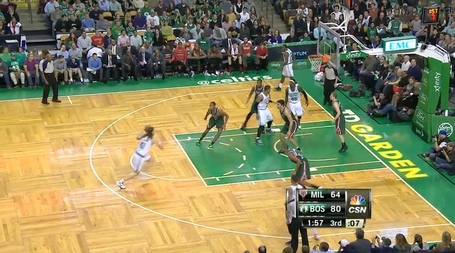 Wallace drove, kicked out to an open Olynyk at the three point. He pump faked a mid-range jumper, drove, and made a nifty pass to Wallace under the basket. 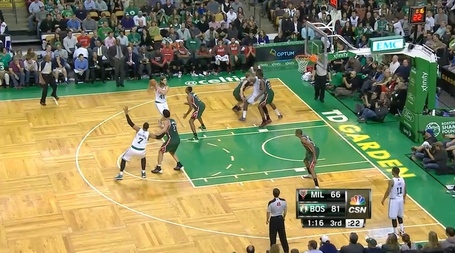 High post touch looking for Jordan Crawford on the back pick. Hits Steez with a nice pass (who found Lee for an open corner three). 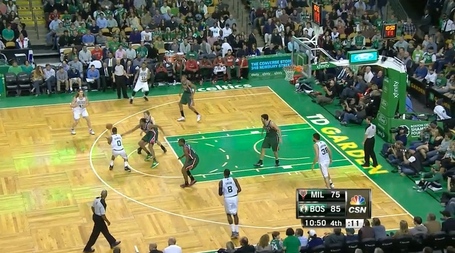 Pick-and-pop with Avery Bradley for a missed open 3. 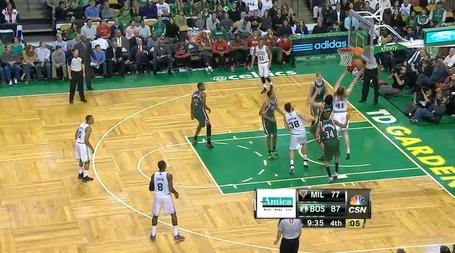 Faverani missed a hook shot in the paint. Olynyk snuck behind his man for the offensive rebound and an easy put back.

The Celtics lost and Olynyk put up another sobering line. Alarm bells shouldn't be going off. He's getting his looks in limited minutes and it's just not happening right now. Two important things to remember: 1) He's playing off the bench. Unlike Faverani, he doesn't benefit as much from Wallace and Green slashing to the rim. Crawford and Lee are more apt to play on the perimeter. 2) So far, he's been more a playmaker than a scorer. He's a point guard in a power forward's body and playing predominantly with the second unit, he's been trying to get his teammates going more so than himself.

Based on how he looked before the regular season started, the similarities to McHale and Nowitzki were easy to make, but so far, he's instinctually more like Larry Bird. That's another unfair comparison to put on Kid Canada, but like Stevens says, "he can play with anyone."  He's very aware of how much a pump fake can change the defense or what space to occupy when a teammate drives or takes a shot.  That sounds a lot like a current Celtic, doesn't it? We haven't seen him play this season, but maybe he's a 6'11 Rajon Rondo, too...