Knicks, Nets, and other teams are tanking wrong, messing up our lottery plans

You're doing it wrong.

Share All sharing options for: Knicks, Nets, and other teams are tanking wrong, messing up our lottery plans

The plan was simple. Jettison Pierce, Garnett, and Terry, let Rondo take his time getting back, develop the kids, pick up moral victories, and secure a lottery pick at the end of the year. So far, the Celtics are holding up their end of the bargain but other teams are messing up their part of the plan. You see, Boston is currently in place for the 8th seed in the Eastern Conference playoffs.

Sure the Celtics have won a few games and perhaps even a few more than some experts predicted. But I'm not surprised in the least. They are who I thought they were. What's shocking and even kind of amusing is how terrible the Nets, Knicks, and other teams are.

Things get even worse for Nets 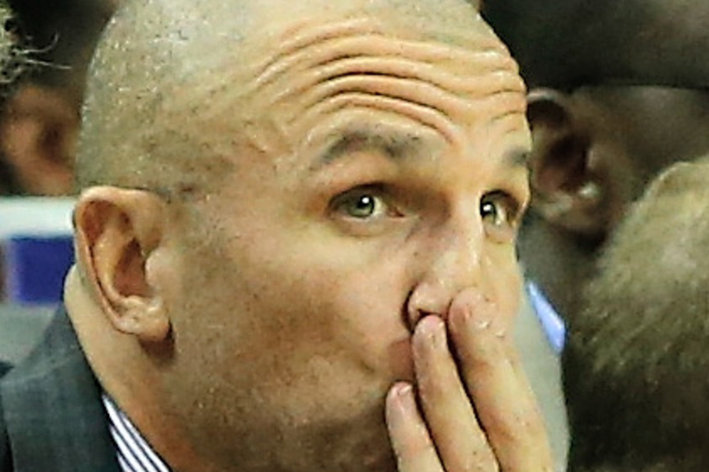 Four of Brooklyn's starters got benched at halftime due to a 66-40 deficit in Houston. Welp.

The Nets losing a lot of games actually could help us... up to a point. Right now they are on pace to be worse than the Hawks so we'd likely be getting the Hawks pick if the trend continues. So the Nets being worse than the Hawks is fine and we can root for Atlanta to be bad as well. The thing is, if the Nets keep up this pace and are ridiculously bad, they might end up with a worse record than the Celtics which would actually hurt our own pick's potential position. (See here for a more detailed explanation on the Nets pick)

The Knicks too are on pace to be worse than the Celtics, which is incredibly mind numbing since they can't even benefit from a "tanking" type of year.

Add to this the surprisingly bad teams that were supposed to be contending for a playoff spot (Cleveland, Milwaukee, Detroit, and maybe even Sacramento to name a few) and the Celtics plans for a high draft pick are in danger.

Still, all of this is really early. The Knicks (I think, I hope) have time to get healthy again and put together a run that at least puts them in position to grab a playoff spot. Both the Knicks and the Nets have all the incentive in the world to pick up wins and may be tempted into a trade or two that improves their chances in the short term (perhaps at further expense of the future?).

There should be a coaching move or two in the coming weeks and sometimes that creates a bit of a bounce in the standings for that team. Plus some teams will simply find their stride and the right combinations to pick up some more wins.

Of course the Celtics have their own All Star coming back and could be rolling after the All Star break if everything falls right for them. Still, there's the trade deadline to consider and (broken record alert) I still feel like Ainge will move a veteran or two for future considerations.

So basically there's a lot of time left and a lot of things to be decided between now and the Spring. But I have to admit, these other teams at the bottom of the standings are making me a little bit nervous.