The little things: how Phil Pressey affects the game

His stat line last night wasn't that impressive (2 points on 1-4 shooting, 3 assists, 1 steal, +8), but all the little things Phil Pressey did made a big difference.

Share All sharing options for: The little things: how Phil Pressey affects the game

Great quote from Phil Pressey on last night's game and his career going forward.  It's easy to overlook what the 5'11 point guard does on the floor, but after his performance against the Jazz last night, you can see what Danny Ainge saw in him when he contacted Pressey immediately after the 2013 draft.  It doesn't hurt that he comes into his rookie season undrafted and with a chip on his shoulder.

Our friends at CelticsHub put together some nice video of Pressey's point guard skills and here's a more in depth look of Phil's effective 17 minutes last night: 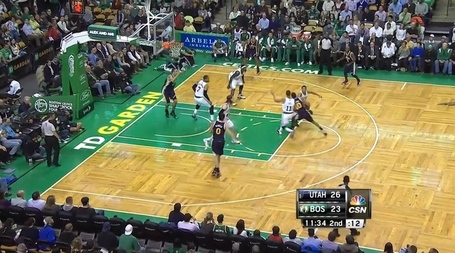 He's been billed as a pure point guard, but enough hasn't been made about his defensive ability.  He was a mini-pit bull in the Orlando Summer League and that's carried over to the big club.  Early in the second quarter, he disrupts Courtney Lee's man, Alec Burks, as he drives and causes a turnover.  His cover, John Lucas III, isn't much of an outside shooter and Pressey knows that he can close out if the pass gets to the three point line. 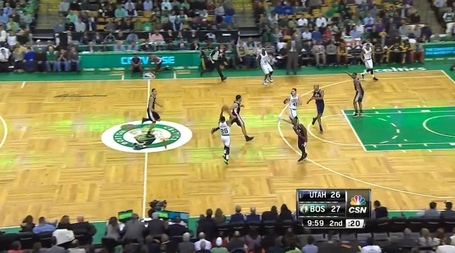 This play reminded me so much of Rondo.  In transition, Pressey notices that Alec Burks calls out that he's covering Gerald Wallace on the break.  Pressey guns it to Courtney Lee in the corner, Lee swings it to Wallace, and Wallace finds Olynyk wide open for a lay up.  He didn't get the assist or even necessarily the hockey assist on the play, but it's Pressey's ability to not only see who the open man is but also be able to push the ball, force the issue, and make the pass that creates an easy opportunity for the C's. 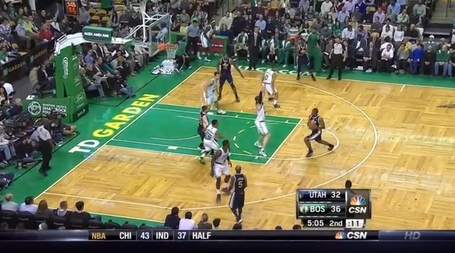 Pressey draws the bigger Gordon Hayward in transition and knows he doesn't stand a chance if Hayward posts him up.  Knowing that Kris Humphries is there to back him up, Pressey fronts Hayward to make the pass more difficult and Mike Harris is called for travelling. 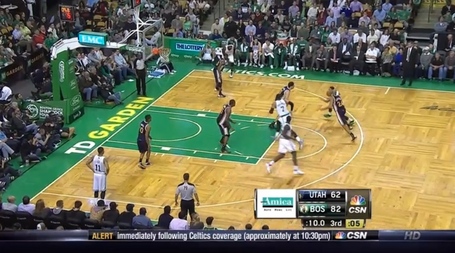 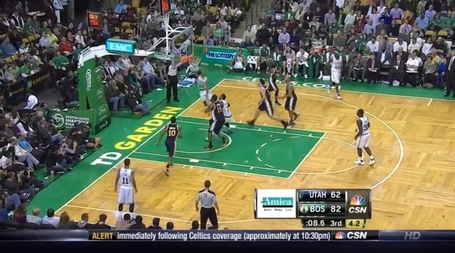 Pick-and-rolls are point guards' dreams.  At the end of the third quarter, the slower Richard Jefferson draws the quicker Pressey on the final play.  Sullinger sets a pick to free him up.  Pressey freezes Kanter with a hesitation dribble and allows Sullinger to roll to the rim.  Kanter's now in no man's land as Phil zips past him for an easy lay up. 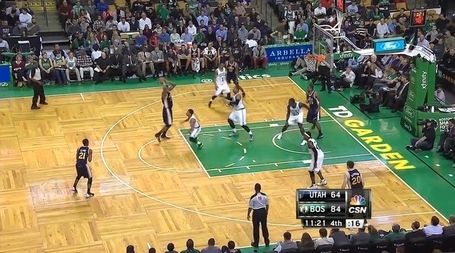 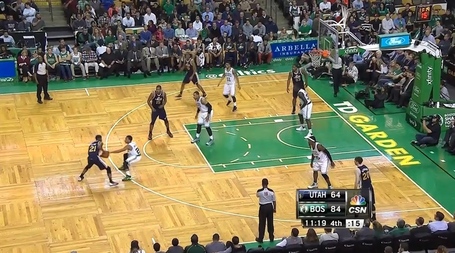 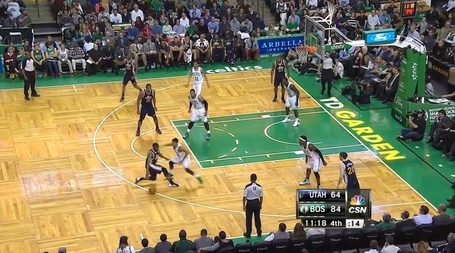 Here's another strong defensive effort.  With Sullinger hanging so far back of the pack line, Favors has the open jumper, but Pressey makes him think twice about taking the shot.  It's a quick contest, but enough for Favors to kick it back out to Ian Clark on the perimeter.  Again, Pressey is confident in his ability to close out the three pointer and stay in front of the penetration.

The Celtics now boast the 2nd best defense in the league in terms of points allowed.  They haven't been great at defending the paint (ranking 27th in points allowed), but they're 4th in assists/field goal made, 3rd in opposition total assists, 1st in opposition 3-point %, and 1st in opposition 3-pointers made.  Of course, this isn't because of Pressey's defense, but Pressey does have the same abilities as Avery Bradley, Courtney Lee, Jeff Green, and Gerald Wallace on the perimeter.  The Celtics have been best in the league at rotating and closing out on shooters. 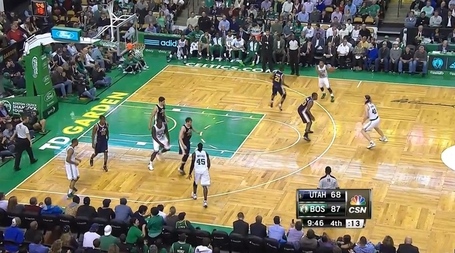 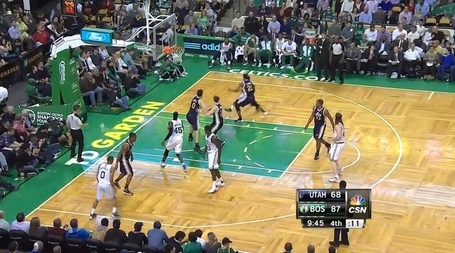 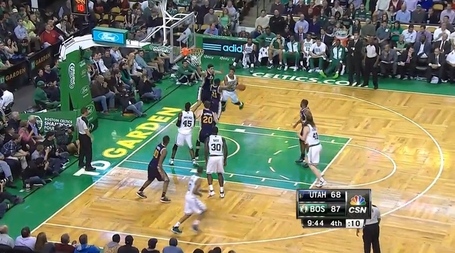 In Pressey's final offensive touch of the game, he's ISO'd against Ian Clark on the wing and quickly burns him off the dribble.  With the defense collapsing, his first instinct is to pass with all three bigs (Wallace, Bass, and Olynyk) available and Bradley moving to the top of the key to space the floor.  He eventually finds an open Brandon Bass who doesn't take the shot and the play eventually ends in a 24-second violation, but it's just another example of what a true point guard brings to this offense.  If he can continually beat his man off the dribble and get into the paint, good things will happen.

He played error-free last night and that will probably buy him more minutes on the Celtics' road trip to Florida this weekend.  However, Brad Stevens is already expecting more:

"It's a hard position," said Stevens, who praised Pressey's passing, decision-making and pick-and-roll management. "He's trying not to make mistakes, because he wants to play more, and that's no way to play. So, he just needs to play free and play well. He's quick to the ball. He gets after the ball. Guys like playing with him out there. We don't do some things as well with him out there, but we do a lot of things better."

Pressey sat idly as the Celtics averaged 20 turnovers in their four losses. They committed 14 against the Jazz. In 21 minutes, he's yet to commit an NBA turnover.

Today, Ainge suggested that Rondo is still a way's away from coming back, so Pressey's going to continue to get his opportunity.  Stevens has recognized the need to have a point guard on the floor to run the offense, subsequently inserted Jordan Crawford into the starting lineup, and moved Pressey up a spot in the rotation.  Keep it up, Phil.