And just like that, we're back to square one.

Houston has ended talks on an Omer Asik trade and plan to keep him for now, league source tells Yahoo Sports.

Houston needs to buy more time to find a deal. Rockets weren't dealing from a place of leverage now, and rest of league knew it. 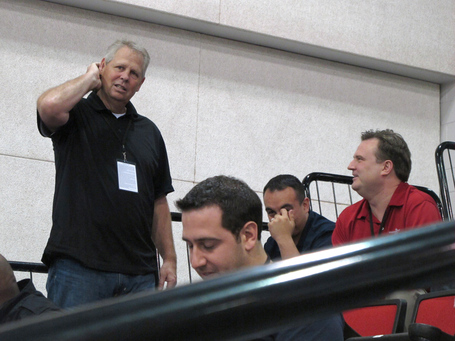 "For now." We'll do this dance again in February, but until then, Brandon Bass and Courtney Lee remain Celtics and Ainge sticks with his unlimited minutes cell phone plan.  Considering that the NBA actually told Houston that they had until tomorrow to make a trade with the freedom to flip players before the February deadline, this could be a bit of posturing on Morey's part a la Doc Rivers and the Clippers.