By far the largest amount of questions in the mailbag refer to Doc Rivers - mostly questioning his rotations and decisions. Here's my attempt to defend him.

I'm a fan of Doc Rivers. I've made no secret of that and I see no problem with it. That doesn't mean I agree with every decision that he makes or somehow find him to be infallible. The team has struggled this year and as the leader of the team he has to take his own share of the blame. With that said, I think people are too quick to seek out a scapegoat in the person of the coach. So here's my attempt to answer the questions posed to me in the mailbag.

Clench: Do you think Doc has been mediocre along with the players this season?

Big picture: The coach's job is to get the best out of the team he's been given. Early in the season (with Rondo but without Avery Bradley) the team struggled to play championship level defense and that was the major problem. Did Doc fail to prepare them or were they slow on the uptake? Kind of hard to tell from this distance but considering the fact that so many other players have shuttled through this system and picked up the defensive principles fairly quickly, I'm pointing at least a few fingers at the players themselves.

With both Rondo and Avery Bradley the team won 6 in a row, then promptly lost 6 in a row. Then Rondo got hurt and the team won 7 in a row - including one over the Miami Heat. I suppose you could put some of the blame for the team's uneven performance at the feet of the coach - who should in theory provide a more even keel. But I do wonder how many teams could have responded to the loss of their best player the way the Celtics have under Doc. (And yes, I still consider Rondo the best player. My opinion.)

Currently the team is struggling and they are struggling mightily on the road. You could say that Doc needs to motivate them and push the right buttons or whatever. Maybe. You could certainly put some of the blame at his feet. But many a coach has burned himself and his team out trying to push them too hard. Last year and the year before that Doc took a simple, straightforward approach with his team. He believed in them and never stopped believing in them. They rewarded that faith with strong runs in the playoffs despite subpar regular seasons.. Will they repeat the feat this year? Time will tell, but I'm not counting them out and Doc is a big reason for that.

Now on to some specifics.

Because Paul Pierce is still better than him and probably will be until he retires. You could make a case for starting Jeff at power forward ahead of Brandon Bass, but I'm not sure that's his best position and personally I like the option of bringing Green off the bench to face the second unit defense and create mismatches. There's also something to be said for sticking with Brandon Bass - who seems to be slowly pulling out of his season long slump.

RavnXeru: I understand Randolph and White aren't proven, but they are two bigs we have sitting on the bench hardly being used. (*Desperately need size The Celtics are not using!) I love Wilcox, but he does not seem to be getting back to the form he was in before he went out with season ending surgery

I got a few questions about this. I guess I just don't see the controversy. As of a month ago, both these guys were playing in China. All 30 teams looked at their skill sets, evaluated their ability to help a team, compared them to other options, and passed. There's a reason for that.

KG will miss some time 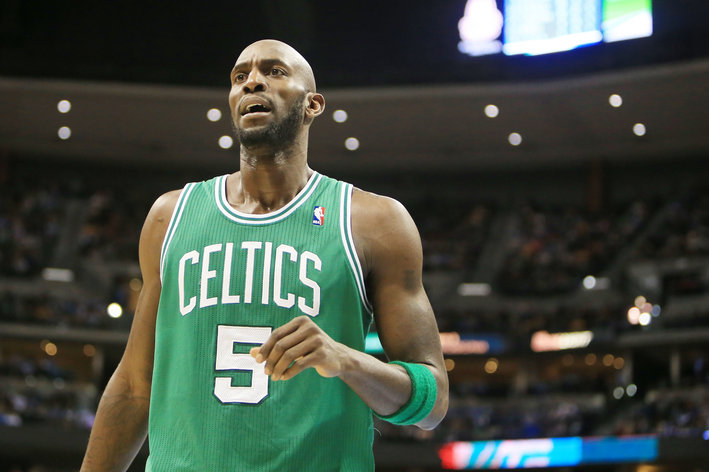 Another challenge for Doc

That's not to say that they are useless. They eat minutes when they are needed and they provide depth and warm bodies to practice against. In the future, they might even develop into rotation players. But right now Brandon Bass and Chris Wilcox are flat out better, more experienced, and battle tested in Doc's system.

Now, with all of that said, I also wish we'd see a little more of DJ White in particular. Not because he's a better option right now, but because he might have that ability to be a contributor and the more minutes we give him to gain experience, the better. But Doc still has to pick his spots and he can't focus on player development when every win is critical.

Of course, we're going to find out just how much these guys can help if Garnett really is going to miss a couple weeks or more of games.

AlexDanger: "Hi Jeff, Recently a lot of people on this blog seem to be calling for Doc's head and want him fired. I agree he's made some seemingly obvious blunders this year but I'm unsure if I want to go far enough to put him on the chopping block. What is your opinion? Do the Celtics need a new head coach or is Doc all good in your opinion?

By now my position should be fairly clear. Doc isn't perfect. He shares in the blame as much as any player on the roster for the team's struggles. By the nature of his position perhaps he takes even a little more responsibility. But right now I can't think of another coach that I'd rather have running this particular team and I still think we're lucky to have him.