Kevin O'Connor reaches into the mailbag to answer some of your questions!

Once again, thank you guys so much for all your questions for the CelticsBlog MailBag. I received a lot of questions, so this is my second set of answers for the mailbag, and our fourth overall. I still have some leftovers that I may include in a mailbag a week or so from now.

Q: What do YOU see the team doing as far as FA pickups and the #16 pick? --- craziness@analltimehigh

A: For free agency, it's anybody's guess...I really have no idea. I think everything hinges on what happens with Kevin Garnett, Paul Pierce, and Doc Rivers. Once that happens, it'll be easier to answer in terms of free agency. As for the draft, I think Danny Ainge might go for a homerun pick...I've just got a weird feeling about it. So that could be a guy like Shabazz Muhammad or Giannis Adetokunbo. Personally, I think he should go with a safe pick.

Q: Although some say otherwise, I've always been of the opinion that at the pro level, the Center position is the most essential to victory. What is your opinion? --- BamaCelt 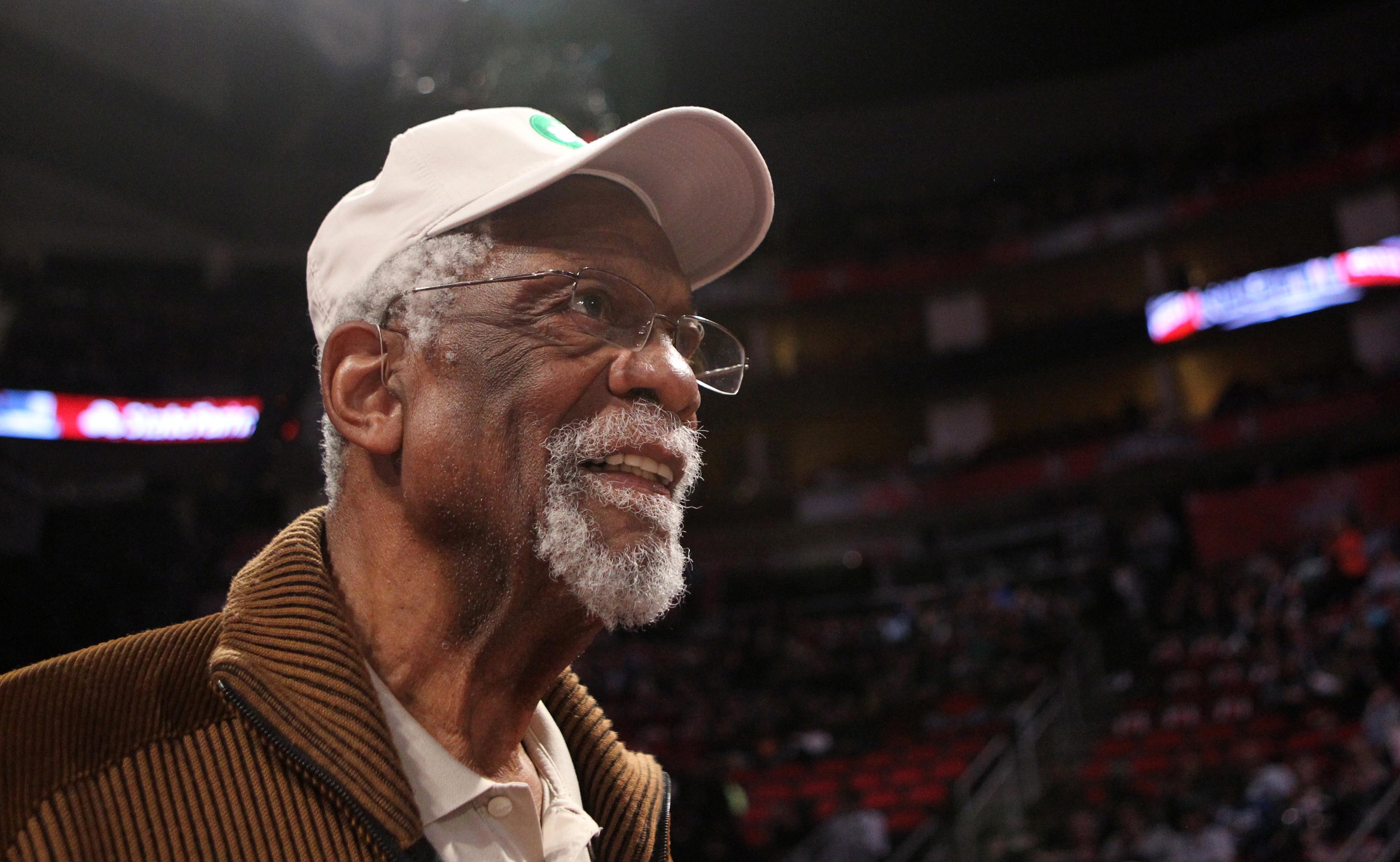 A: I think so, to an extent. The NBA has kind of changed over the years, gone are the days of the true dominant centers like Bill Russell, but the center/power forward position is extremely important. Whether it's most important is hard to tell, each matchup is different from one another but if you look at the last few NBA champions, you've got a lot of great bigs on each and every team: Dirk Nowitzki from Dallas, Chris Bosh from Miami, Pau Gasol from Los Angeles, Kevin Garnett from Boston, Tim Duncan from San Antonio, Shaq from Miami and Los Angeles, Ben and Rasheed Wallace from Detroit. Each of these teams had a great big man on their roster. Some of them aren't dominant (like Gasol or Bosh), but they made the plays that had to be made to put the team over the top.

Q: Do you think Rajon Rondo will really get traded someday? --- Masterdg52

A: I think Rajon Rondo will get traded if Paul Pierce and Kevin Garnett are gone and all goes to heck for the team. Perhaps Rajon continues to produce at a high level, potentially raising his value even more, and teams decide to offer a large package for him. At that point, if the Celtics aren't having success despite Rondo, Ainge has no choice but to trade him. On the other hand, I think Rondo is too much of an integral piece to our success to trade him right now or in the near future.

Q: Something unrelated but what kind of music do you like? --- celtics18345

A: Almost everything. I know that's a generic answer but it's the truth. I can list my five favorite bands though: Jimi Hendrix, Muse, Pink Floyd, Led Zeppelin, and St. Vincent. (Those artists are in no order, by the way.) I can really get into anything, whether it's post-rock like And So I Watch You From Afar, acoustic rock like City and Colour, electronic like Daft Punk, rap like Odd Future, or jazz like John Coltrane. Seriously, I like just about everything and am willing to give new music a chance. Recommend me stuff.

Q: What do you think Rondo's ceiling as a player is? Can he best player/leader on a championship level team? --- Roz80 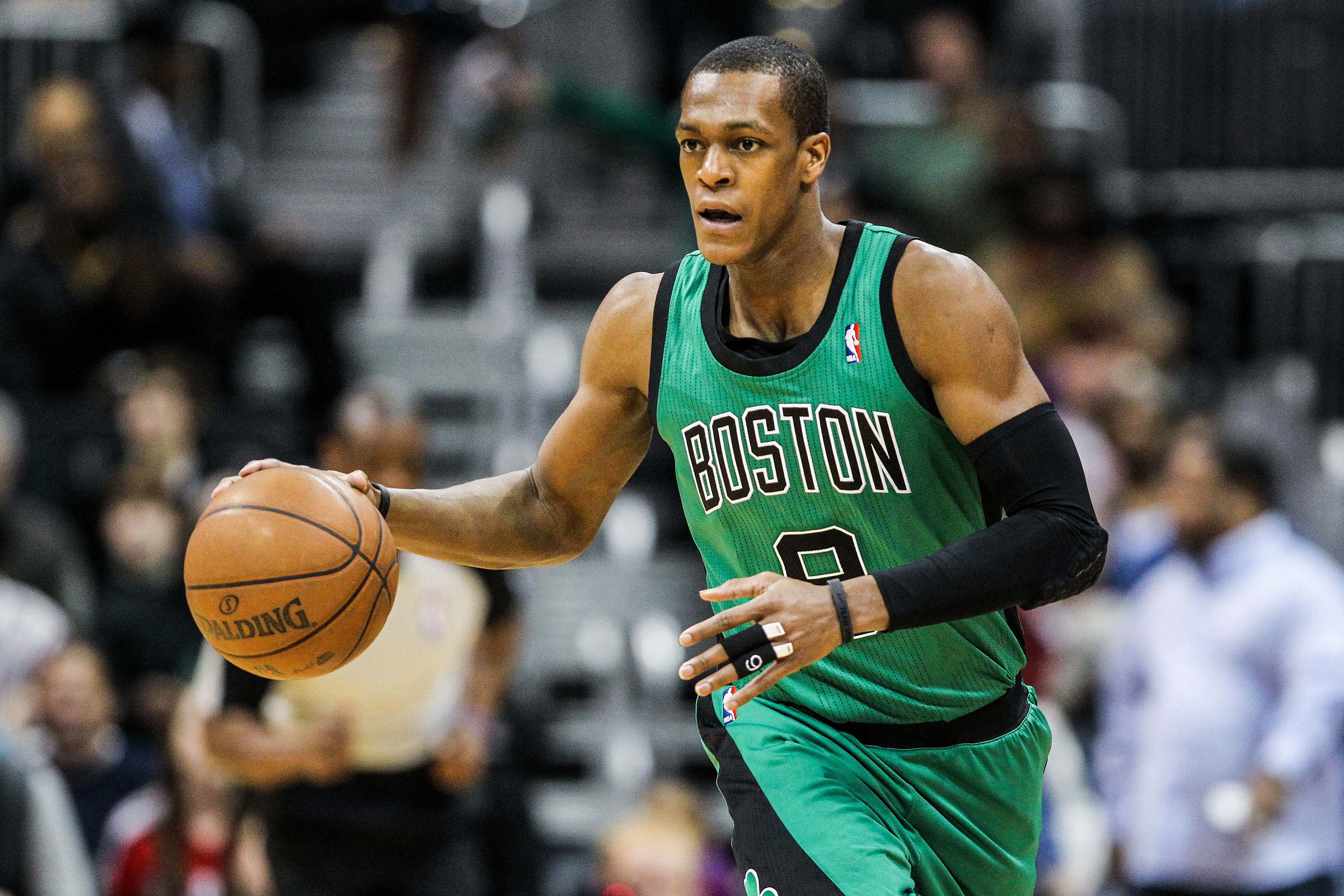 A: I think so but he needs a big to compliment him. For example, Stockton had Malone and Parker has Duncan. Of course, the Utah Jazz never won a championship, but they came close. Right now, I do believe that Rondo is the best player on the roster, so if the team contends next year (with KG and Pierce), Rondo has to be the star and Garnett would have to be that complimentary piece that every point guard has to have.

A: I'd love to see Boston drafted Gorgui Dieng. I personally don't think Danny Ainge can afford to miss with his selection this year. With the end of the Big 3 era looming (it might even be here...) we need to hit on this pick. I think Dieng, at the least, will be a great defensive player, with All Star potential if he can continue to improve his offense. I think Danny Ainge is always looking to move picks and players, so yes, I do think the Celtics could potentially move up. The question is, who would want to trade down? That remains to be seen at this point.

Q: Assuming a completely healthy team in the current state, would the addition of Big Al be enough to fix the rebounding problem and help the Celtics push through Miami/Indiana? I don't think KG's resiliency can be highlighted enough but can the old energy really compete at this point in the playoffs down the stretch even with legitimate front court help (In terms of size)? --- dptdgclick

A: The team would need a lot to happen in order to acquire Al Jefferson, so that would mean Pierce and KG are on their way out, so no, I don't think Big Al would be enough. I do think he would help a lot but he isn't good enough of a defensive player to make up for the impact that Kevin Garnett has. On the other hand, if somehow the team kept KG and got rid of Pierce (for Big Al, don't ask me how this happens), I think it could be enough. A lineup of Big Al/KG/Green/Bradley/Rondo would be terrific on both ends of the floor.

Q: Hey Kevin, 2 fold question, CJ Watson has indicated he will test free agency. As Boston needs a point guard should we try to pick him up? If yes do we target a big in the draft? Cheers :-) --- AlexDanger 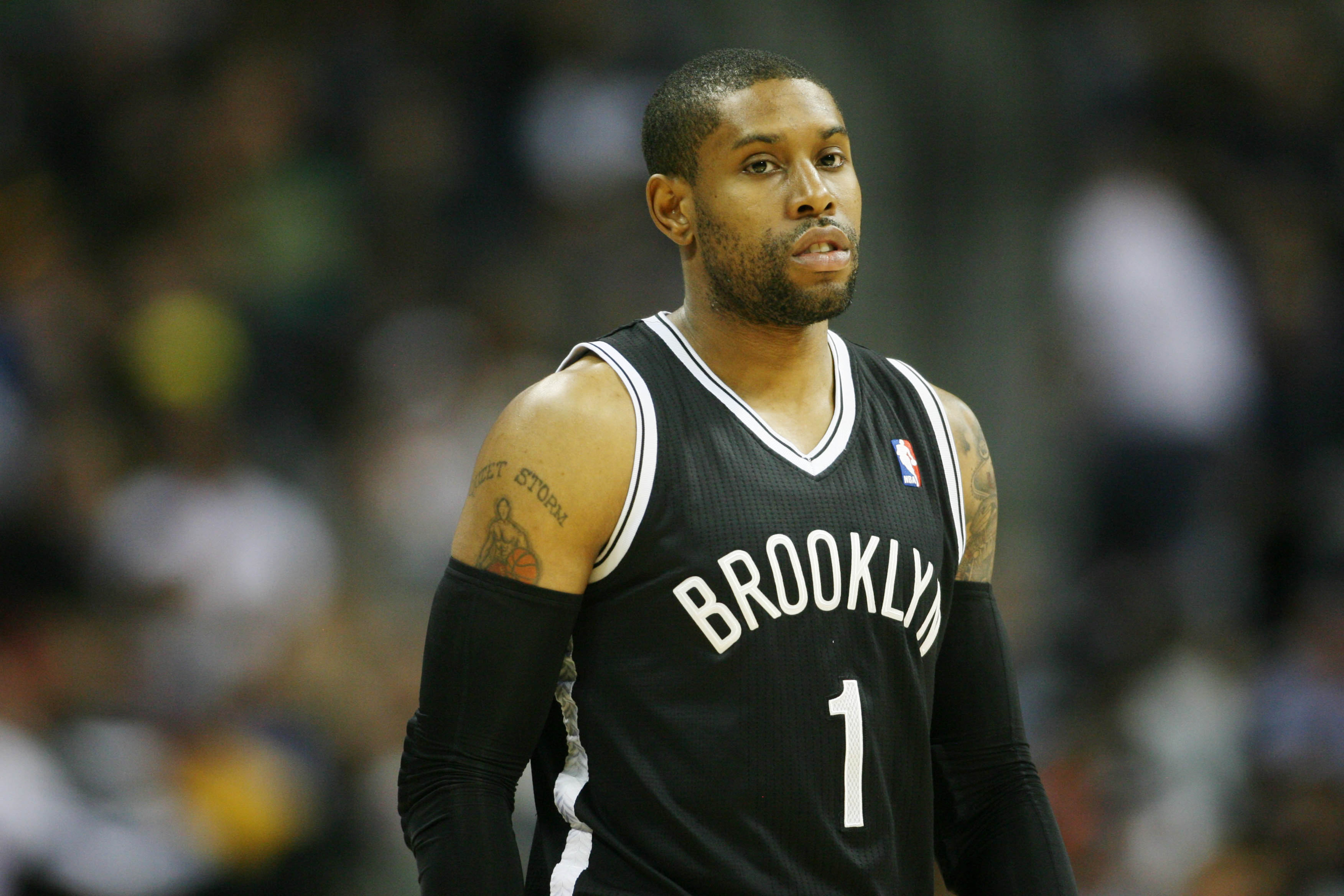 A: Cheers to you too, Alex. I think C.J. Watson would be a great fit. The team could potentially get him for a fair contract. He's a good ball handler, doesn't turn the ball over much, and can hit the three. I think it was smart of him to opt out of his contract with Brooklyn since he didn't get the playing time he deserved behind Deron Williams. But that's the thing...would he want to be playing behind Rajon Rondo? Or does he want to get 25-to-30 minutes a game off the bench? I don't think the Celtics can give him more than 20-to-25 per game, especially after Rajon Rondo gets healthy. Until then, sure, Watson could get plenty of minutes.

Q: What are the chances, in your opinion, of us bringing in a legit 5. Moreover, what are some realistic options for us at this position this offseason? --- ROTB_Mattr

A: For potential starters, you've got Al Jefferson, Dwight Howard, and Andrew Bynum. Of course, Howard and Bynum aren't very, very unlikely to come to Boston, but in a sign and trade, I think Al Jefferson is a possibility. For potential backups, there are quite a few players: Chris Andersen, Chris Kaman, Nazr Mohammed, Samuel Dalembert, and Joel Pryzbilla. I especially think Samuel Dalembert would be a quality pickup if we don't draft a center.

Q: DJ White hardly got any minutes last year, but he seemed to play very well every time he was put in. He hit a high % of shots that were not gimmies and displayed good moves against decent defense. Was he that bad in practice that we no longer hear anything mentioned about him? --- Zippittyay

A: I didn't think he was that good on the court. He was usually in the game when it was all but over, no intensity on defense, nobody trying, etcetera. I don't know what he was like in practice, but since other players won minutes over him, I would imagine his defense and rebounding wasn't on par with what Shavlik Randolph was doing...and Shavlik was pretty terrible himself on defense, so that says a lot, in my opinion. 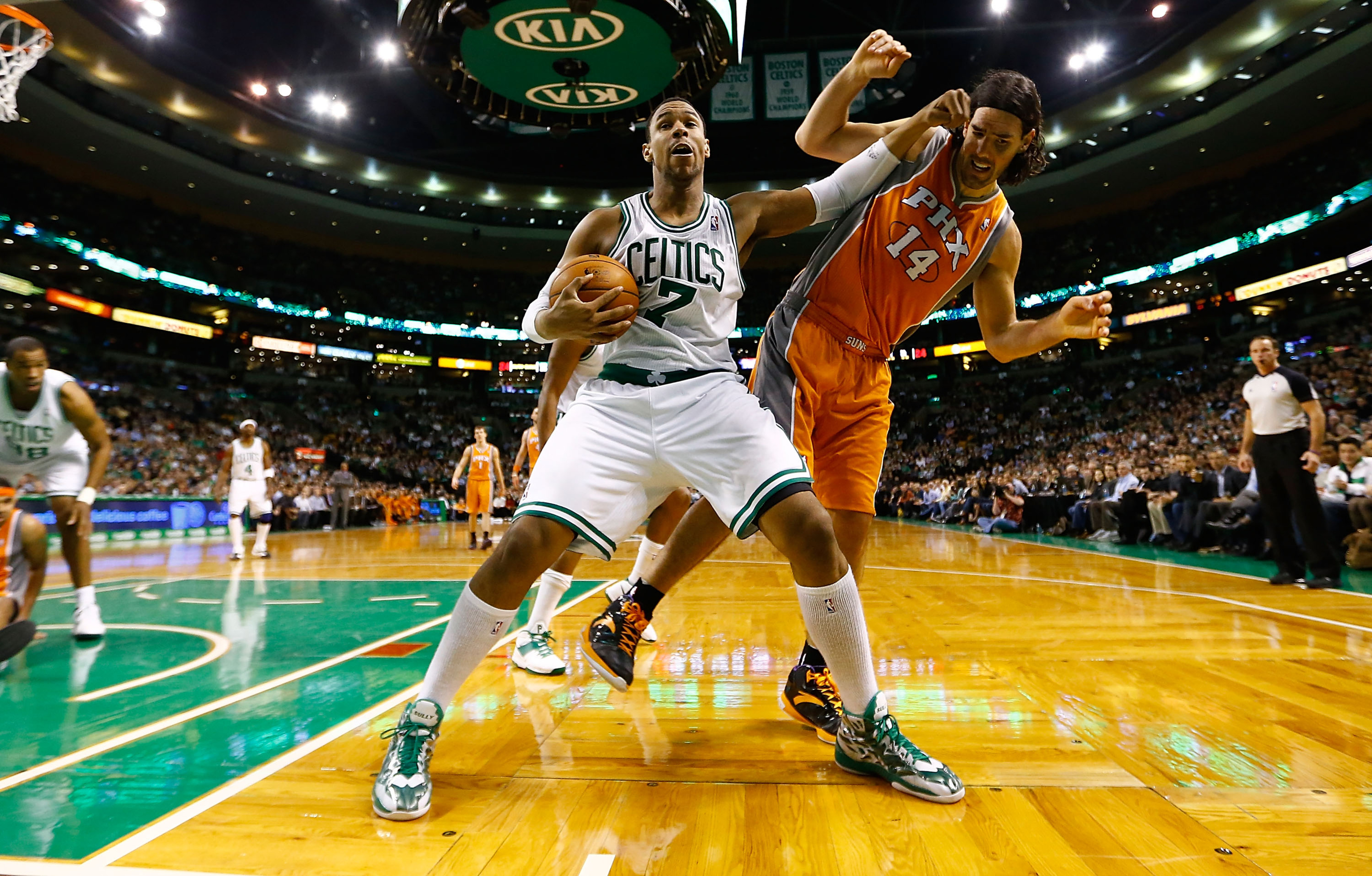 Q: Thanks for this! Why doesn't Doc tell big man subs to crash the boards as if their jobs depended on it like maniacs (including on free throws), and then pull them after 3 or 4 minutes when they get winded -- and hopefully have got at least one board? The Celtics almost never try for an offensive rebound on a foul shot, and lots of other teams seem to get at least one a game. --- DC Celts fan

A: You're welcome, DC! It's all a matter of team philosophy. The Celtics believe that getting back on defense, and thus establishing proper positioning, is a much better option than the slight chance of grabbing an offensive rebound and another possession. To put it simply, I think they believe they have a better shot at getting an extra possession if they get back on defense more than they do by crashing the boards. Whether you or I or anyone else agrees is another story.

Q: I recall that during last year's draft, there was news that one team, prior to the draft, was negotiating to purchase a 2nd round draft pick from another team. Did that happen? Would purchasing the 2nd round pick of the Rockets, for example, by the Cs for 2 million count against the salary cap or have other financial implications for the Cs? --- Shark

Q: Hey Kevin. I'm really interested in knowing what you think about the possibility of landing D-Cousins. He's a very underrated big man and I think a frontcourt of him and Garnett, with Shav and sully coming off the bench. How high is the asking price boogie do you think? --- CaliCelt

A: CaliCelt...as in California Celtic, are you from California? Hook me up with a place to stay if I visit sometime, haha. As for Cousins...I love him. If I remember correctly, Zach Randolph used to have charled acter concerns in the same way that DeMarcus does now. With time I believe Cousins will become one of the best bigs in basketball. However, I don't think we have much of a chance landing Cousins unless we trade Rondo. But then who plays point guard?

Q: What you think of bringing in Nick Young as FA or sign and trade? --- Neverse4 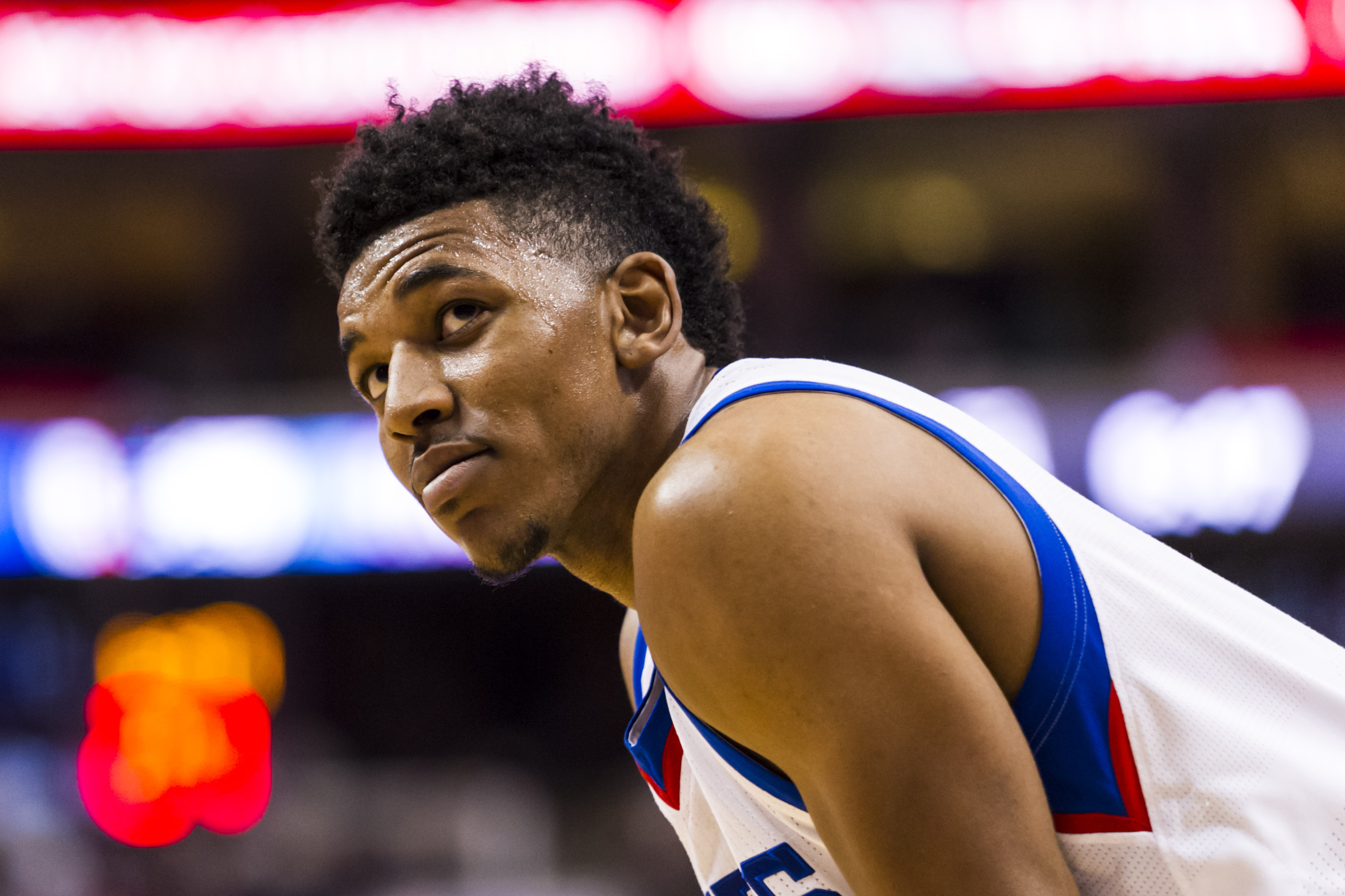 A: I'm not a fan. I'd rather spend our money elsewhere. Young is a quality player, no doubt, but his defense isn't good enough to play small forward and we have far too many shooting guards as is. If we were to move some guards, sure, I'd be happy with the move. But as the roster stands, I don't see it happening.

Q: Do you think Minnesota is still interested in Courtney Lee and/or Jordan Crawford and/or Terrence Williams for their shooting guard position? Is it possible to trade a combination of those players (maybe including Fab Melo) for JJ Barea and Greg Stiemsma? --- Gardenhome

A: I can't imagine the Celtics would want Stiemsma back, but Barea would be great. I don't know what Minnesota wants but I think that could make some sense for both teams. The Celtics need to unload some shooting guards and Barea is expendable with Rubio and Ridnour ahead of him on the depth chart.