Meandering thoughts while adrift in a sea of uncertainty

That was about as PM Dawn as my article titles go.

Share All sharing options for: Meandering thoughts while adrift in a sea of uncertainty

I have Doc rumor fatigue. Yet, what else can we even speak about right now? Everything hinges on this. I don't think it is even possible for me to overstate the importance here. Sure, we know the end of the KG/Pierce era has to happen sometime and I think we are all resigned to that. But how it happens and how soon it happens are still up in the air.

I see Doc as being the "canary in the coal mines." If he leaves (the canary dying) that is an indication that an explosion is coming and might just collapse the tunnel. The difference is, Doc can pronounce that he's staying and put to rest all this speculation and repetitive and circuitous rumormongering. Yet he remains mum and we remain waiting. Pensively sitting on the last inches of our seats and constantly refreshing our mobile devices.

Again, we knew this was going to be an interesting summer to say the least. Either the team would rally the troops and "run it back" or they wouldn't. If they don't, there's no telling what direction this franchise is going in. The funny thing is, until that postgame press conference, I had always assumed that at least Doc Rivers would be the constant. Signed on for a few more years, he was going to be the transition to the next era, regardless of KG or Pierce's departure times. Jackie MacMullen assured us that Doc was going nowhere so I believed her 100%. But things change sometimes.

Of course they may not yet change. This could be all kinds of consternation for nothing. There's a chance that every last rumor from the last 48 hours has been true, yet he might yet still stay in Boston to coach another year, or two, or several. Maybe he is worried about staying in one place too long. Maybe he doesn't like the idea of rebuilding. Maybe he is interested and intrigued with other coaching positions. And still, even with all that, there's nothing to say that the pull of Boston and the banners and his very own legacy draw him back. 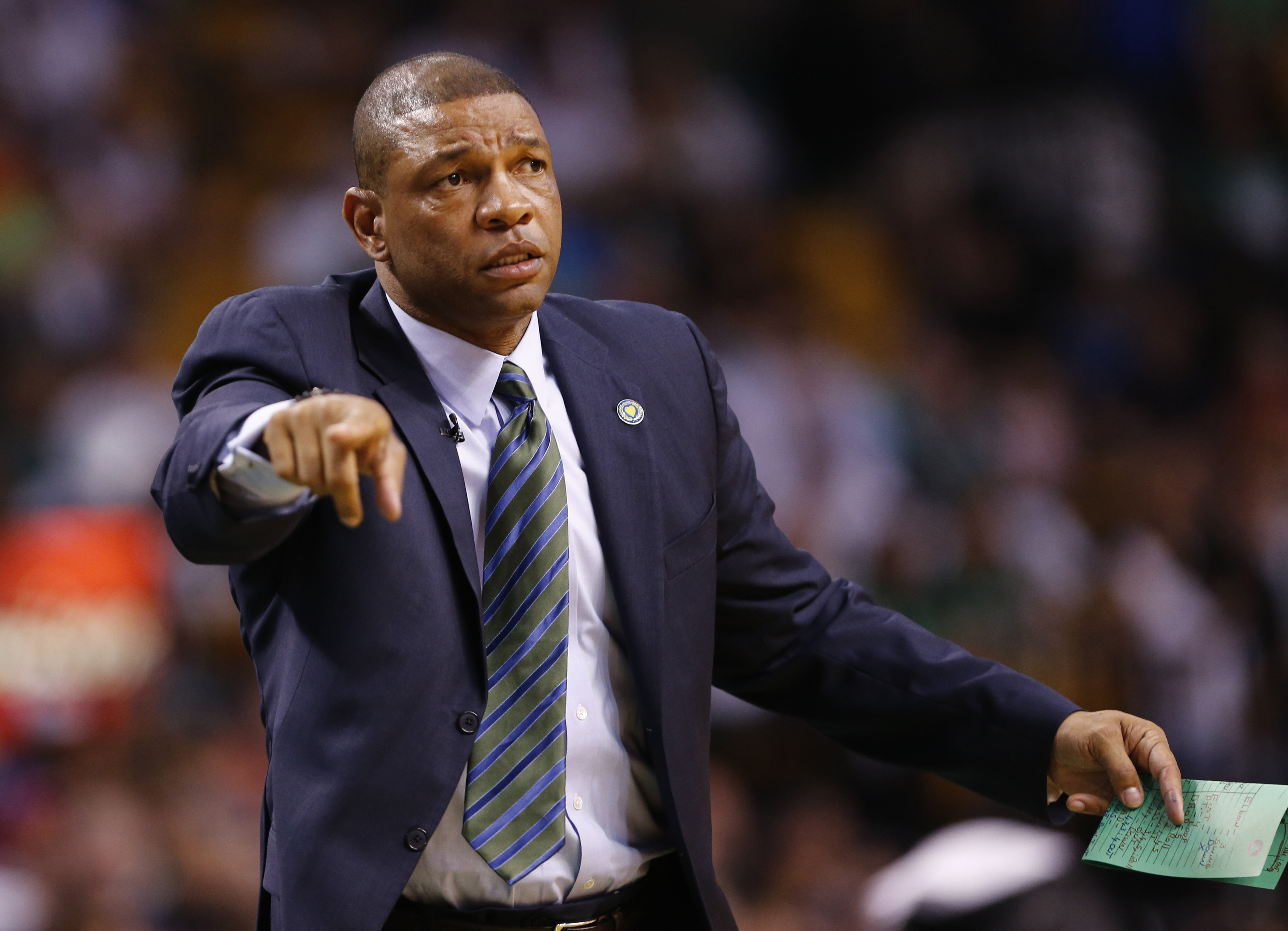 What's the latest on Doc Rivers? Find out here.

He's had a lot of time to think. Perhaps too much time with the early playoff exit. Maybe his mind is wandering and before he knows it the word is seeping out that he's considering leaving. But until he says something definitive, we don't know. Or to put it in his terms, he's coming back until he's not coming back.

Complicating matters, of course, is the more complex array of decisions that Danny Ainge must make this summer. What does he do with the roster? How will he handle Paul Pierce's legacy (never mind his contract)? Will he find takers for the contracts that he doesn't want (Terry?). Will Kevin Garnett be back, and under what circumstances would he not be back? According to ESPN (and common sense) Ainge was in serious discussions to trade the 2 Musketeers to Clipperland in February. Surely he'll at least explore that option again this summer. The draft almost seems like an afterthought with all the other issues on the table.

Again, I had assumed that Doc would be the rock and the cornerstone. I had anchored my expectations upon him and resigned myself to riding out the storm with that line of security giving me comfort. Without that lifeline, I'm floating aimlessly in these uncharted waters and hoping to find dry land once again. We might yet wash up onto a better island than we left. But some fans have been left adrift for a long time before finding anything like solid ground.

Bottom line: If he isn't coming back, there's a whole new set of questions to ask starting with "who's going to be the next coach?" But I don't even know who I'd prefer if I don't know what the next era is going to be. Rebuilding? Retooling? Bridge?