The good, bad, and ugly of this Doc Rivers, Kevin Garnett trade

Take some time to mourn the end of an era, gather your wits, and get ready for the next era of the Celtics.

Share All sharing options for: The good, bad, and ugly of this Doc Rivers, Kevin Garnett trade

Once again, I write this with full knowledge that it could be obsolete by the time I hit "publish" but I have to write about this.

First of all, the deal is not done but it is basically done according to reports. Chris Paul stepped in and said what many expected him to say. "Get this deal done or I might walk." It seems like the deal really is just Doc Rivers and Kevin Garnett, for DeAndre Jordan and two first round picks. Or rather, due to league rules, it is KG for DeAndre and a separate and completely unrelated (wink wink) deal of 2 picks as compensation to hire Doc Rivers.

Sources say the Clippers and Celtics, to push the trade through, will have to convince the league office that the deals were not contingent upon each other. According to NBA rules, side agreements or contingencies are prohibited in any trade or free-agent signing. Rules also prohibit coaches from being traded; teams can convey cash or draft picks as compensation to get a coach under contract released from those obligations.

So hang on folks, there's still a chance that Stern could see what we all see, that the two deals are intertwined, and block the trade - not for "basketball reasons" but for "CBA reasons."

I'll go a step further and say that the teams will have to try hard to convince Stern that Paul Pierce's name is not associated with these discussions whatsoever. We know that he'll likely either be released by the Celtics or traded to a team before the end of the month and released then. In theory he'd be a free agent and would likely choose to sign with the Clippers. Again, if you and I know this, then Stern knows this and will look long and hard at tampering and CBA rules before agreeing to anything.

With all that said, I'm going to assume that the KG and Doc deals get agreed upon today and Doc will be coaching Garnett and Chris Paul (and others) next year. So let us quickly look at the good, the bad, and the ugly of these twin deals. 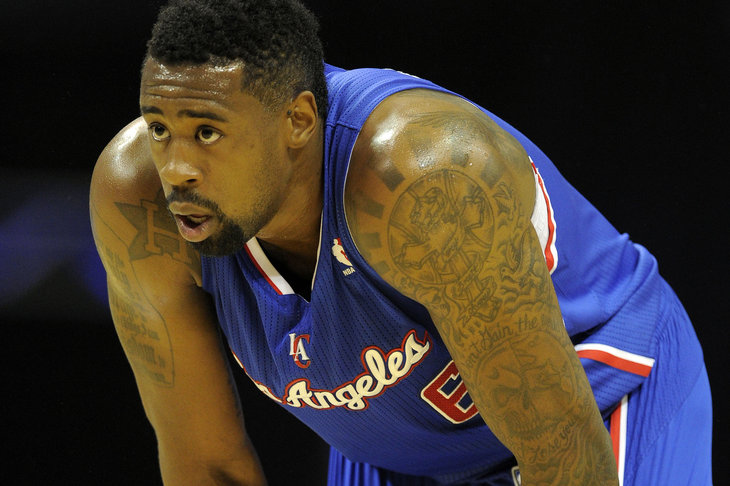 What are we getting in DeAndre Jordan?

Moving forward, the best thing we can do is gather assets. It doesn't even have to make sense on the court. Just get assets that can be bundled together in the future for big moves like the ones that brought Ray Allen and Kevin Garnett to the Celtics in the first place.

First round draft picks (regardless of where they end up being) are valuable. As you can see in this deal, they can be the difference between a trade happening or not happening. They are commodities and they eventually translate into potentially good, cheap talent filling out the roster. That's critical in the new CBA days where tax dollars are going to squeeze everyone.

DeAndre Jordan is a young, tall, athletic center with potential talent. All those buzz words in one place translate to big money so of course he's got a big contract. The thing is, he has 2 years left on his deal, which is plenty of time to give him time to shine and prove his worth. If he's worth it, great, give him an extension. If he's not, then we can trade him (even if it is just for an expiring contract a couple years from now) or let him walk away. Aside from paying him more than what he might be worth (debatable given the market for young, athletic bigs), there's no downside to having Jordan on the roster.

With all of that said, it sure would have been nice to get Eric Bledsoe or at least dump some salary on the Clippers. I can see why they'd hesitate to do either and since they are likely getting this deal without relenting on those demands, they were very smart to stand firm.

Doc and KG are two of our most attractive trade assets and it would have been nice to get something else in return for those assets. We are still going to be right up against the tax threshold which puts further pressure on management to release Paul Pierce and get the cap savings from that deal.

Or said another way, if we had dumped Terry, there would be less pressure to release Pierce and perhaps more freedom to take on another long term salary in an exchange where Paul Pierce is traded. If the Celtics really need to get under the tax, Pierce is the best way to make that happen.

Also, since we were unable to unload long term salaries, we'll still have Jason Terry, Courtney Lee, and Brandon Bass on the books. Those guys make some sense as complimentary pieces on a contender but not so much in a rebuilding project. Lee and Bass might be decent (if expensive) backups but Terry is nothing more than a motivational speaker and overpaid assistant coach on a young team.

Oh yeah, and now we have to find another coach. So there's that. 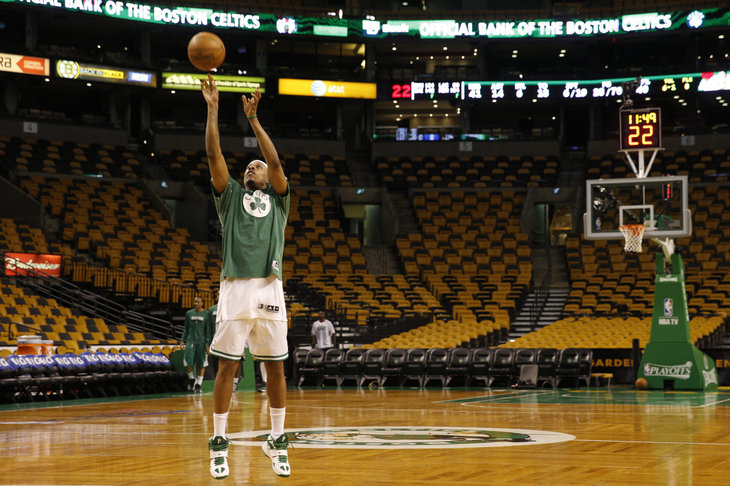 All of the above was an attempt to break this deal down rationally. However, being a fan is anything but rational and when you factor in emotion this is a dreadful day. Doc Rivers might be the 2nd best Celtics coach of all time and he's leaving us. Kevin Garnett changed the culture in Boston and might have been the single biggest reason that we won a title in 2008. Both were responsible for creating a winning program and creating the Celtic basketball that we've enjoyed for the last several years.

I haven't even gotten to Paul Pierce yet. If KG and Doc are gone, Paul Pierce can't be far behind. That's nothing short of tragic in my mind. It might make business sense, it might even make basketball sense, but it doesn't make any sense to my heart. I still would prefer him to retire a Celtic. That's worth a lot to me. I'd forego the trade assets that he would bring in return just to see him retire in green. It obviously isn't my money, so I'd be happy to let Wyc pay the tax in order to keep Pierce's legacy unblemished.

The only thing I wouldn't do is stand in Paul's way if he requested to be let out of his contract or traded to a team that would do it. He probably would like to be a free agent and choose his own next destination and he's completely earned that. Without Doc and KG and with a few years of rebuilding, that's probably exactly what he'll do. It isn't really up to him, but I'd imagine that's where he's at anyway.

All is not gloomy though. We move forward with an initial lineup of Rajon Rondo, Avery Bradley, Jeff Green, Jared Sullinger, and DeAndre Jordan. That's a nice young lineup with loads of potential. Add in some draft picks and some future creative moves and you never know what kind of team we could be building for the future. It won't always be pretty and we won't know just how long this rebuilding process will last, but it was going to happen eventually and a lot of teams are much worse off right now and will be for years to come.

So take some time to mourn the end of an era, gather your wits, and get ready for the next era of the Celtics.

Well, unless of course the deal falls through and we are back to square one again.