The worst secret in the league is that Paul Pierce is available for cheap. That's just plain depressing but that's also where we are right now. So putting emotions aside for the moment, let us look into some of the rumors that have started floating around.

The general theme is that the Celtics would like to at least get a 1st round draft pick and cap flexibility out of any deal for Paul Pierce. It would have to be enough to make them pass up on their second option, which is of course the widely repeated "waive him for about $10M in cap savings" option.

Here are some potential rumors and ideas.

A couple of sources have reported this rumor.

The Cleveland Cavaliers are interested in the possibility of acquiring Celtics forward Paul Pierce, a league source confirmed to the Globe Monday. The Cavaliers have reportedly discussed the possibility of offering multiple second-round draft picks in exchange for him. However, the source told the Globe, any talks are very much in the preliminary stages. That said, Celtics president of basketball operations Danny Ainge would no doubt be interested in acquiring assets, such as draft picks, that could help rebuild the Celtics going forward.

Still, some sources indicated the Celtics have until the 13th pick to decide whether to accept the Cavs’ offer for Pierce. If not, those sources said, the Cavs will pull the trigger on the potential deal with the Mavericks. Another source added the Cavs’ reported offer of both second-rounders for Pierce "isn’t the entire truth."

The Cavs have the 31st and 33rd picks in the draft. Those are not technically 1st rounders but they are close. Plus they have the bonus of not requiring guaranteed contracts. Also, the Cavs have a ton of cap space and could (in theory) absorb all of Pierce's salary - thus giving the Celtics a huge trade exception that they could use sometime in the next calendar year. That means this summer, the trade deadline, or next year just prior to the draft. So the Celtics could use that to complete a sign and trade in July or pick up a big name, big contract player via straight trade. So while Pierce is worth more than "a couple of 2nd rounders" this deal could have more appeal than it does at first glance.

Update: Why would the Cavs want Pierce? They want a veteran SF to help them start making runs to the playoffs.

The Cavs believe that given the strength of their roster, it’s unlikely that they’ll draft a starter. They believe their core of Kyrie Irving, Dion Waiters, Tristan Thompson and Anderson Varejao is better than anyone they could draft at No. 1. They also believe that while they have a huge hole at small forward, they’ll use their cap space to find a veteran small forward to fill that hole. Regardless of who they draft, he is likely coming off the bench.

Mavericks in a cost cutting move?

Amico went on to describe the Mavs interest in shedding salary and their willingness to use their first rounder to get it done. The Cavs second rounders and cap space are mentioned there. If a straight deal can't be made between either the Celtics and Cavs or the Mavericks and Cavs, why not get the 3 teams together for a 3-way trade (my idea, not a rumor)? 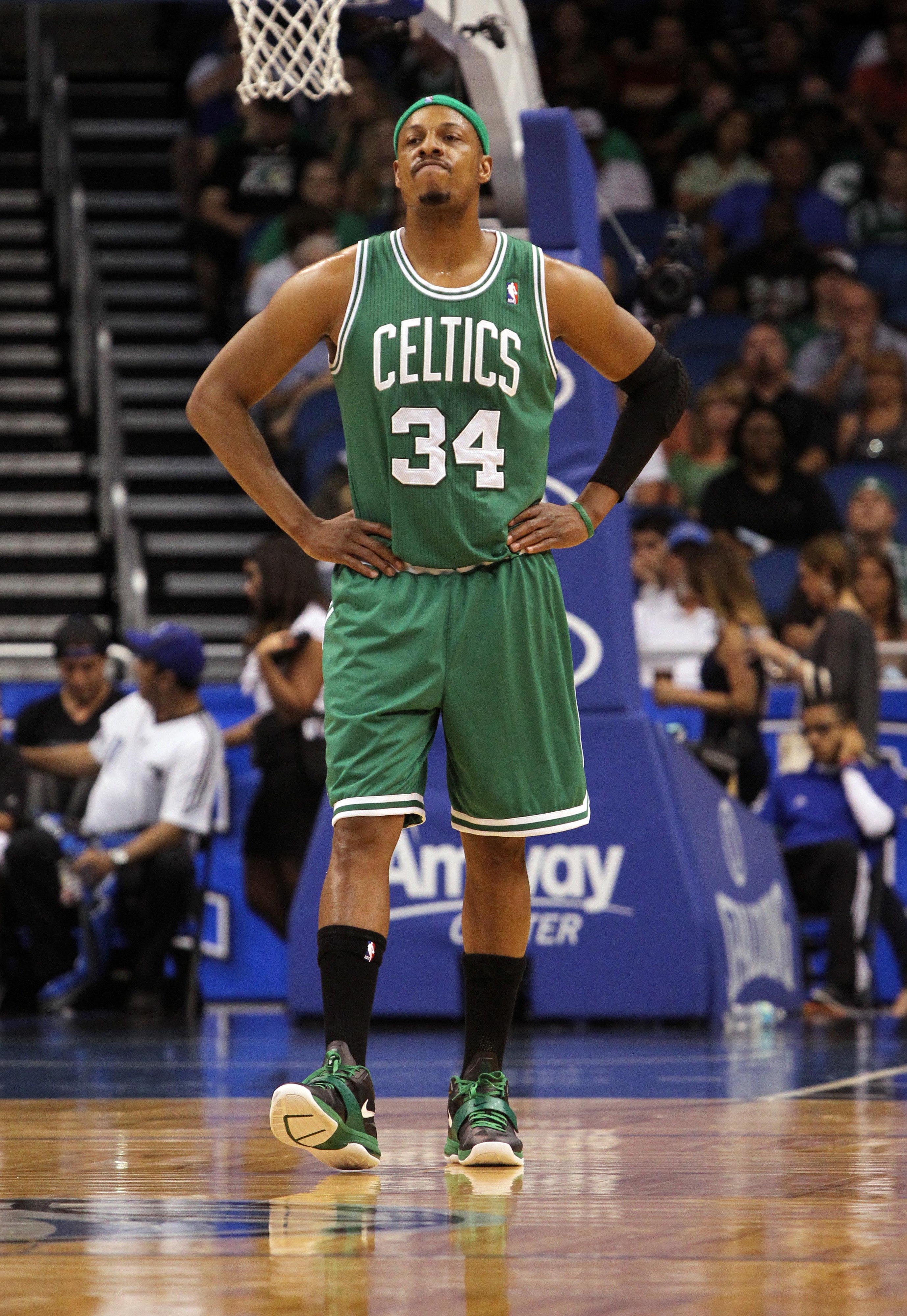 It could look something like this (credit to Moranis in the forums for the particulars of this idea): Boston would get Shaun Marion (expiring contract) and the #19 pick from the Cavs. The Cavs would get Pierce and the #13 pick from the Mavs. The Mavericks would get the two second rounders (which they could use on overseas prospects that wouldn't come to the states right away) and cap space (and a trade exception).

Revisit the deal with the Nets from February

The Nets have tried to get their hands on Paul Pierce for two years now (at both trade deadlines) to no avail. Let's go back and look at the particulars of the most recent deal that never happened.

The Boston Celtics and Brooklyn Nets have discussed a trade for Celtics star Paul Pierce, league sources told Yahoo! Sports. The Nets' willingness to a deal centered on forward Kris Humphries, guard MarShon Brooks and a first-round draft pick, but the Celtics want a more substantial package to consider moving Pierce, league sources said. "The Celtics still highly value Pierce and it wouldn't make sense to trade him for that kind of a package if they're keeping Kevin Garnett," one league source said.

I don't have any real use for Humphries and I'm not a big believer in Brooks (though he would have been a better pick than Johnson that year). But Mr. Ex-Kardashian is a big expiring contract that could be flipped at the trade deadline. Plus we'd be getting a first rounder (which year is anyone's guess). The Nets would finally get their man (and their owner doesn't care how much he has to spend to get it done).

Or they could simply hold onto him and let him retire with dignity as a Celtic. So there's that option too.

The Cleveland Cavaliers and the Milwaukee Bucks are among the teams that have expressed trade interest in Boston Celtics star Paul Pierce, according to sources with knowledge of the talks. But sources told ESPN.com that Pierce is most likely headed to neither one of those teams if he leaves the Celtics this week. The Celtics do remain hopeful of acquiring a first-round pick for Pierce this week in conjunction with Thursday's draft. But sources said the Celtics have shown an inclination to try to work with Pierce to get him to a favorable destination -- which essentially translates to a contending team -- if they indeed decide to trade him by week's end. The team faces a June 30 deadline to either pick up Pierce’s $15.3 million option for next season or buy him out for $5 million.