Kevin O'Connor gives his rankings of the top 50 prospects in the 2013 NBA Draft.

With the 2013 NBA Draft only one day away, it's time to ramp up our draft coverage on CelticsBlog.com. The past month I have been profiling the top ten prospects at each position and have taken an in-depth look at various other players, but today we are going to take a look at my Top 50 Draft Board.

There isn't much hype around the draft this year because of the lack of elite talent in the top ten. However, this pool of players truly has many prospects that could easily become quality role players on any team's rotation. There may not be many All Stars that come from this draft, but I believe we will look back years from now and see the names of many well-respected NBA players.

When I rank and assess players, I focus on five broad categories. Click on the 'buttons' to reveal my reasoning for each one.

This means that sometimes I will rank a player that has proven he has talent over a player that simply has potential. While potential is a nice thing to have, there have been so many players that come into the league with "potential" that never really pan out. There is no such thing as a "safe pick" but there is such a thing as drafting someone with a "high probability" of being a quality player.

Which leads me to this. Some players dominate in college but it never translates to the NBA. Why is that? I look at the level of competition but also the way they were able to gain success. To make a football comparison, some quarterbacks win the Heisman yet go undrafted in the NFL. They are slow to read the player; that may work in college but not the NFL. The same applies to some successful college point guards that don't make it in the NBA. For a big, he may only play well in college because he's bigger and stronger than everyone else, but not the NBA.

Some players explode when they are on the court...in a good way. Whether it's blazing speed, elite change of direction ability or elastic-like reach, some players just stand out from the others. In terms of basketball skills, International prospects can be hard to judge considering the limited footage available and the level of competition they are facing. Regardless, if you look at an individual player, there are obviously some skills that pop out in regards to the others.

Every player has weaknesses; some are more easily correctable than others. For example, shooting strokes seem to never change. If someone is terrible at shooting in college, chances are they will not get drastically better in the NBA. It's rare to see a player go from bad to great over the course of their career. It happens, but not so often. On the other hand, a player might have success from the free throw line but not take many jumpers in college. The success at the line is a sign that they can develop a mid-range game.

Players that were team leaders or have proven to be "good kids" get a plus in my book over slightly more talented players that are trouble makers or don't have much of a work ethic. Yes, so that means the players that are totally lazy, don't work hard, haven't improved much in college, have trouble off the court or are just downright not smart, get a downgrade. That is not to say these players won't be successful, but I'd personally rather take my chances with a player that works hard and wants to succeed over one that might be more talented but takes his skills for granted.
With all of that in mind, here are my top 50 prospects in the 2013 NBA Draft.
Follow @Kevin__OConnor 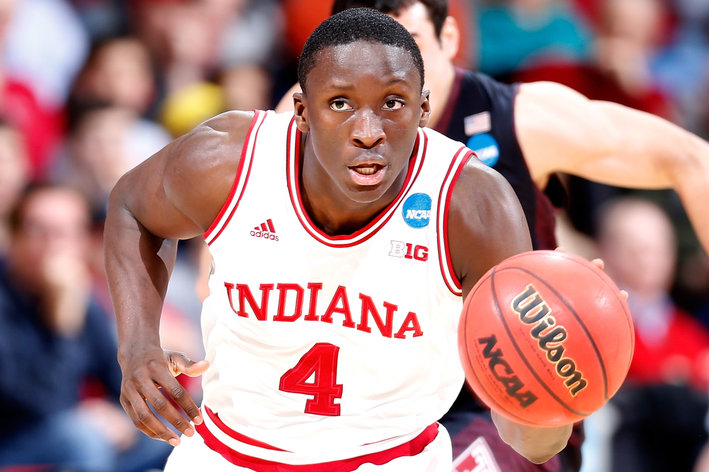 Kevin O'Connor gives his rankings for the top ten shooting guards in the 2013 NBA Draft.

Victor Oladipo tops my list based on his potential as a stud defensive player. I think he'll be an immediate difference maker for whatever team ends up on and he will still improve offensively as his career develops. He's one of the few potential All Stars in this draft; Nerlens Noel is another one. Even though he's coming off a torn ACL and needs to put on a lot of muscle, he has all the physical tools you look for in a terrific big man. Small forwards Giannis Antetokounmpo and Shabazz Muhammad both crack my top 10. Antetokounmpo is less developed than Muhammad, but probably has potential to be a better all around player. Shabazz Muhammad is a player that I believe could be better in the NBA than he was in college. Once he refines his game, he could become a tremendous scorer. 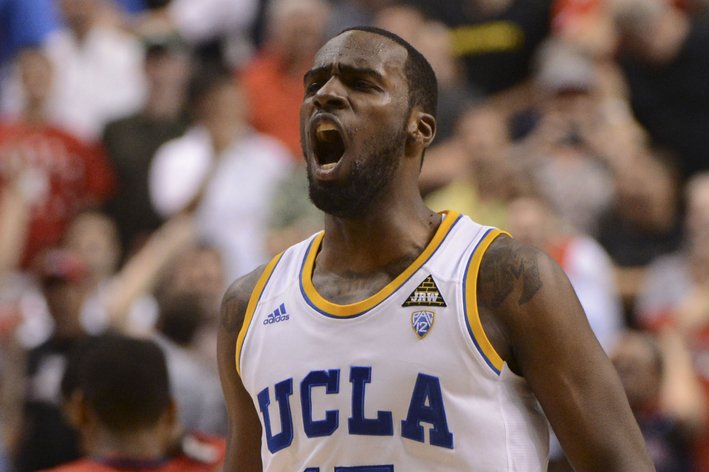 Kevin O'Connor gives his rankings for the top ten small forwards in the 2013 NBA Draft.

Erick Green might be the player of this group that first jumps out at you. If you read my "Top 10 Point Guards" article you would know that I love his game. He's a combo-guard that scores at a very high rate but has surprisingly impressive point guard skills. He won't be drafted until later in the first round (or in the second round), but he will be a steal in this draft. Ricky Ledo also makes an appearance earlier than most draft boards. I don't think his skill on the offensive end of the floor can be ignored. He didn't play in college but I think his game is built for the NBA. 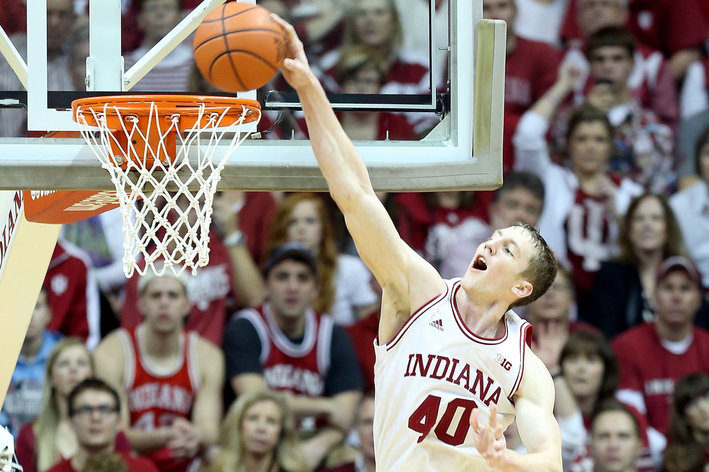 Kevin O'Connor gives his rankings for the top ten power forwards in the 2013 NBA Draft.

Kelly Olynyk deserves to be higher on the list but he slips down to number 21. I think he has a lot of talent but I can't ignore his weaknesses on the defensive end of the floor. He could easily become a great sixth man but I think his lack of abilities on defense prevent him from being a full time starter. I believe that both Myck Kabongo and Archie Goodwin deserve to be in the top 30. Even though they are extremely raw, they have flashed the ability to be quality players in the NBA. Kabongo is a smart pass-first point guard and a terrific man-to-man defender. Goodwin must work on his shot but is an explosive player that excels in transition. 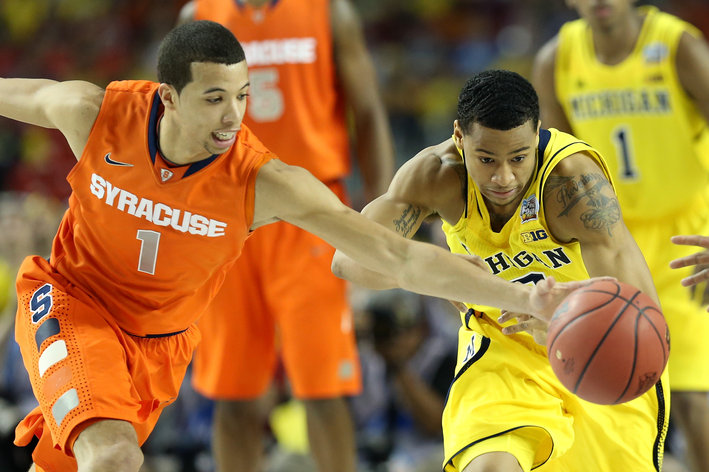 Kevin O'Connor gives his rankings for the top ten point guards in the 2013 NBA Draft.

This is probably the group with four names that people will say should be higher: Steven Adams, Michael Carter-Williams, Tony Mitchell, and Rudy Gobert. I'm just not high on any of these players. All four of them have the physical tools you look for in a player, but I don't see the pure basketball skill or potential in any of them. Steven Adams and Tony Mitchell probably have the best chance to be quality NBA players; Adams is young and has time to grow, Mitchell just needs to fix his lazy attitude on the court. Down the list is Isaiah Canaan. On my profile about him, I called him the "poor man's version of Trey Burke." He could be a potential first round pick. 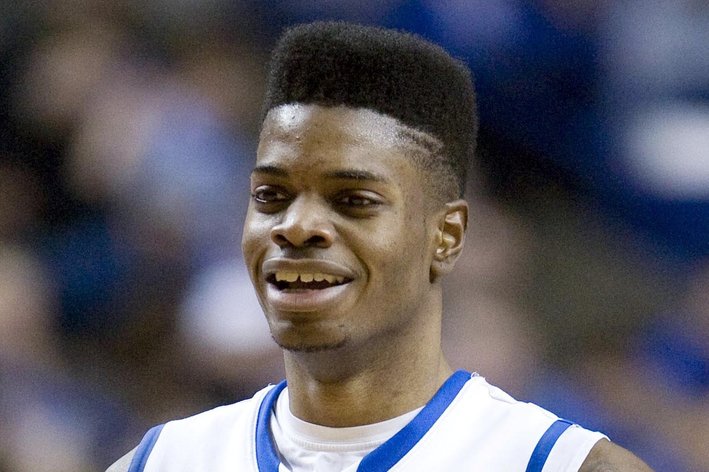 Kevin O'Connor gives his rankings for the top ten centers in the 2013 NBA Draft.

Pierre Jackson is the most electric player out of these ten players. He's a great scorer and could easily become a Nate Robinson type of player, but with more true point guard skills. Trevor Mbakwe and Kenny Kadji are two big men with contrasting playing styles but could easily be effective NBA players. Mbakwe is a high-energy big man that thrives off of offensive rebound put back dunks. Kadji is a perimeter big man that could spread the floor effectively in NBA.