Danny Ainge is "anxious" to rebuild the Boston Celtics

"The definition of insanity is doing the same thing over and over again and expecting different results." - Albert Einstein

Share All sharing options for: Danny Ainge is "anxious" to rebuild the Boston Celtics

Danny Ainge probably has a lot of emotions going on right now. He's sad to see his friend and co-worker of many years leave for the West coast. He's probably already tired and worn out from having to work out a longer-than-it-should-have-taken negotiation with the Clippers while trying to prepare for the draft and working the phones on various trade proposals. If he's anything like the rest of us, he's probably more than a little nervous about what is coming next.

With all that said, you can tell that Danny Ainge is also kind of excited. He digs this stuff. It is in his nature. Just take a look at the following quote from yesterday's presser.

Danny Ainge says no decisions made yet on Garnett, Paul Pierce | masslive.com

Make no mistake. Ainge is not surprised by any of this. He didn't wake up yesterday and realize "wait, I might have to break up the Celtics, now what do I do?" The reality is that he's been preparing for this for years. He knows precisely what Paul Pierce and Kevin Garnett are worth on the open market as well as to the fans and franchise. Those are two separate things by the way. The latter makes the former nearly impossible to sell to fans.

When we hear the names "Kevin Garnett" and "Paul Pierce" we think of "Anything's posssibbllllllleeeeee" and "The Truth" hitting daggers over LeBron and the Knicks. We think Finals. We think Hall of Fame. We think Legend.

When GMs around the league hear those names, they think "still got some gas left in the tank" and "might have one or two years left if we use him off the bench." They think Jordan with the Wizards, Dominique with the Celtics, Billups with the Clippers. That's worth something, but not what our hearts equate with them.

I've seen and heard several times in the past few days/weeks that "XYZ trade isn't worth a Hall of Famer!" That statement is both true and misleading but still true. Low draft picks aren't worth Hall of Fame players. The Hall of Fame players, however, aren't going to be playing at Hall of Fame levels for much longer though, so their value is less than it is in our hearts. Our hearts, however, are not to be discarded and dismissed. There's real value to having Garnett and Pierce (and before that Ray Allen) on our team. We care therefore it matters. 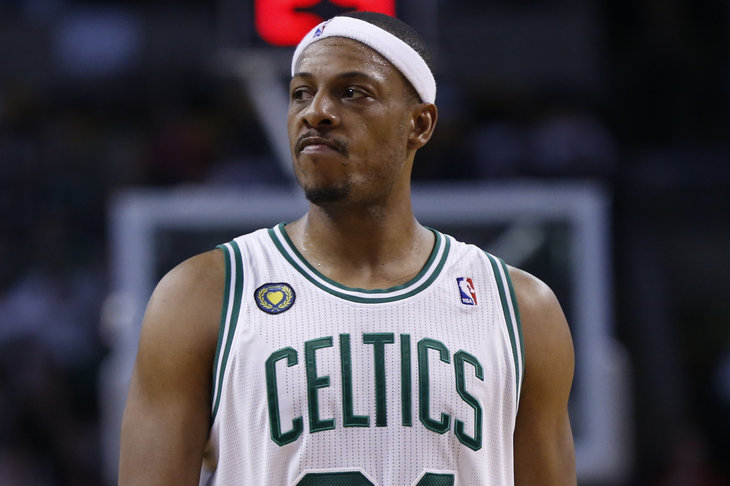 The worst secret in the league is that Paul Pierce is available for cheap.

All of which has made Danny's job that much harder in the recent years. He could tell that it was a long shot for this group to catch all the breaks and compete for titles, yet he couldn't get better talent via free agency (last summer) and he could never get "equal value" in exchange for his stars in the trade market. Partly because of (for lack of a better term) basketball reasons, and partly because of the fanbase's sentimentality. (That fanbase still buys the tickets and essentially pays his salary by the way)

Again, Ainge knows exactly what the value is for these players and he's eager to get this rebuilding effort started. Remember that he was brought to Boston in order to start over. The team was a middling team that had enough to make the playoffs and sometimes make some noise, but not good enough to win a title. He said as much when he was hired, which happened to be DURING the playoffs.

This may be a bit of a stretch, but I think part of Ainge is relieved that Doc Rivers is walking away. It gives him an opportunity to hit the restart button. He can point to Doc's exit and say "it doesn't make sense to run it back without the lead runner." He can point to Rondo and say "he's got his best years ahead of him, we don't want to waste any more time getting a team for the future around him." Or conversely he can say "it wasn't fair to Rondo to make him go through a rebuilding effort" as he trades him away. It just depends on what value Ainge puts on Rondo - which nobody really knows at this point.

Ainge can now trade Kevin Garnett and Paul Pierce for something closer to their market value which has always been lower than our fan's heart value. He will not get what we believe they are worth (in part because that would be impossible). But he will get what he can and start building assets for the next run.

Remember too that Boston isn't a free agent destination city so if we're going to acquire big name talent, it better be through trades. The best way to get a franchise player is to gather up tradable assets (picks, young talent, cap friendly contracts). Ainge has already added little by little over the years. We've got Avery Bradley, Jared Sullinger, and now a future additional draft pick. He'll likely use Pierce and Garnett to add to that list.

By the way, he's also telling anyone that will listen that we have the option of bringing KG and Pierce back. That's technically true and there's some logic to waiting till the deadline to get more for them. However, I think that's mostly posturing and attempting to create leverage. The logical clean break would be this offseason and the best time to strike would be on or about draft time (for Pierce at least - it may take longer to work out the Garnett situation). 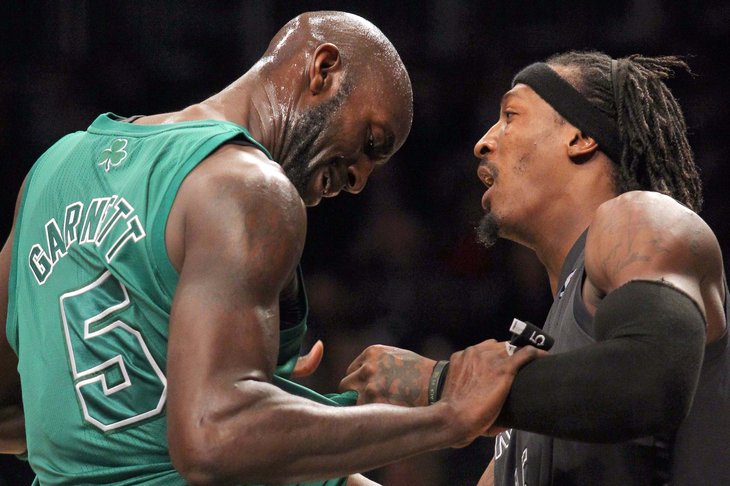 Frankly, I'm not sure how you would sell next year in Boston to Garnett. He's fiercely loyal, but now that one of the main guys that he's been loyal to is gone and the other is on the chopping block, what is left to be loyal to? He's got his no-trade-clause so he's got a lot of say in where he goes, but does he really want to stay here?

Pierce I can see maybe wanting to stay just to finish out his career in Boston. But he's already said he doesn't want to be part of rebuilding and he doesn't really have that much say in the matter. I'll say it again: I'd happily accept missing out on Pierce's trade value to see him retire a Celtic. I'm just not sure that's what he wants or what the team wants at this point. So I'm kind of resigned to the fact that it won't happen that way.

So Ainge is ready, willing, and able to start the rebuilding effort. The world knows it, so they'll try to low-ball him with offers. But I tend to think that by draft night, we'll have some kind of resolution on Pierce and before too long we'll find out Kevin Garnett's future as well.

Danny is ready. Are you?