Kevin O'Connor reaches into the mailbag to answer some of your questions!

Wow, thank you guys so much for all your questions for the CelticsBlog MailBag. I received a lot of questions and will split up the responses into 2 or 3 separate parts. If I didn't get to your question yet, don't worry, it'll likely be included in the next edition.

Q: As someone who has been analyzing this draft in depth - who are a few names you would be happy with selecting at #16? With the glaring needs at center and the point - which should be priority number 1? --- Christian.m

A: I'm not so sure the team needs really matter. I have always been an advocate of simply taking the best player available, regardless of team needs. For the bigs, I think Gorgui Dieng and Jeff Withey would be great. If the team got Withey, they could trade down to the early 20s and get him, acquiring a second round pick (or future pick) in the process. Both players are defensive orientated and will have some success in the NBA. At small forward, I think both Giannis Adetokoubo and Shabazz Muhammad would be something Ainge likes. Each of them have high potential as scorers, something the team will desperately need once Paul Pierce is gone. At point guard, Schroeder make too much sense. If Ainge is serious about trading Rondo, Schroeder is the perfect replacement.

Q: I am torn on what to do with Paul Pierce. I realize maybe it is time to part ways, but are we too quick to judge him on one playoff series rather than the whole year where he put up his normal numbers? Also, do you think there's a chance in hell that Pierce comes off the bench if he comes back next season? --- Welch 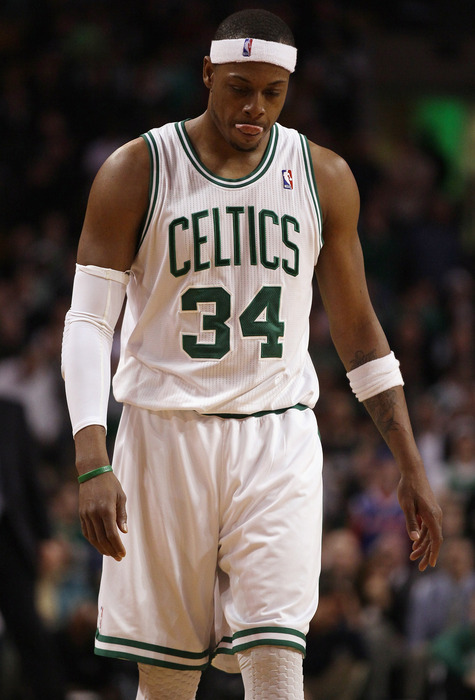 A: Me too, Welch. Danny's hair has already gone gray due to all this stress (and aging), but I would imagine this offseason is making him go bald. I think Pierce can still play...but his minutes have to be cut even more. I would like to see Doc Rivers go with the Gregg Popovich technique and sit his older players for 5-10 games a season. If Pierce played 65-70 games, with 30 minutes per game, he would be much more rested for the playoffs. As for Pierce coming off the bench, I don't think it'd happen and I'm not so sure it matters since he'd be on the floor at the end of the game anyway. Though, I would prefer to see him start the game off the bench myself. Green is a better defensive player and is much better with extended minutes, as I wrote in this article here months ago.

Q: Don't you think with a healthy team next year, with Pierce, KG, and Rondo, and also the emergence of Jeff Green, we can still compete for the championship? / Makoo: What do you think of our chances next year if we just simply run it back and a couple of pieces here and there? --- celtics4life

A: I do. I thought this past team could have before Rajon Rondo got hurt. To me, the championship hopes virtually ended on that day. At that point it was just about enjoying the journey the rest of the season. Jeff Green was allowed to develop, so he and Jason Terry could be two terrific players off the bench next season (if Paul Pierce and Kevin Garnett return). I think Rajon Rondo is underrated and anytime he's on your team, you have a chance to go deep in the playoffs; he takes his game to another level at that time.

Q: Rondo for Derrick Favors...would you do it? I'm an avid Rondo fan by the way. The C's would finally get a true big beside KG. They would also get a franchise cornerstone. --- Go C's! Go Spurs!

A: Nope. I love Rajon Rondo. I think he's a proven star and in three seasons Favors has yet to prove he can be one too. The potential is there but it's not worth the risk.

Q: Last year the Celtics lucked out in the draft by getting Sullinger who were projected as a top 10 player. Is there a player that could slip to the Celtics at #16? Who could it be? --- bostonsportslink 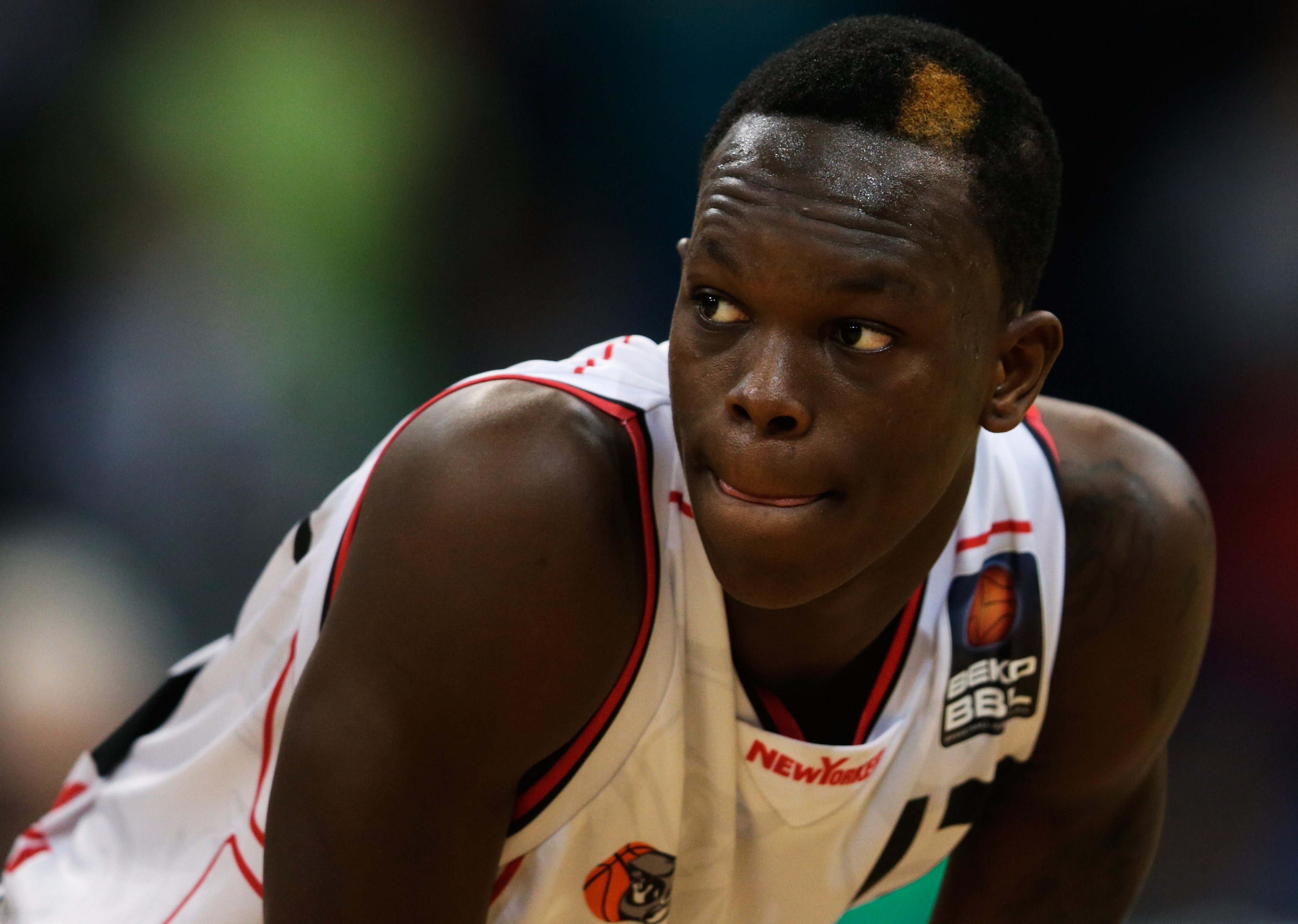 A: You're right, the Celtics were lucky to get Sullinger. If he can get past this back trouble he'll be a great NBA player for years to come. I think a few players that could drop are: small forward Shabazz Muhammad because of character problems, point guard Michael Carter-Williams because he might not even be that good, and point guard Dennis Schroeder because he is so young and raw. I don't like Carter-Williams at all, but I'd love the Muhammad or Schroeder pick.

Q: Why do you think my boy Shavlik didn't play much in the Playoffs, where in fact he's the 3rd best rebounding big in this team (behind KG and Sully, of course)? Plus, do you like our chances had Rondo played with my boy Shavlik? --- SHAVLIK'S DAD

A: Hello, Mr. Randolph. Even though I think Shavlik Randolph was incredibly overrated by some Celtics fans, I do think he deserved to play more in the playoffs. His rebounding would've been extremely useful against the Knicks. However, I think Shavlik didn't play because he was far too slow to close out with the Knicks perimeter attack. He is a terrible defensive player and would have been exposed on the outside. On the other hand, it's not like the Knicks were hitting open three pointers. Shavlik's rebounding would've been useful, in the same way that Sullinger's rebounding was, on missed shots and on the offensive end. Your boy is a very good rebounder (and finisher around the basket), and in my opinion, deserved a chance for that reason, despite his weaknesses on defense.

Q: Have not heard anything about Fab Melo's development. Do you think he's ready for the NBA? Do you think Melo or Shavlik is better right now? --- goceltics

A: Not even close. I think his game has improved on the offensive end. His jump shot is a lot better...but that's about it, seriously. Check out the clips I posted on this article and you'll see what I mean. I think Shavlik is better right now, but that isn't saying a lot.

Q: If Doc comes back will there be any changes to his staff? --- Hagis

A: I doubt it. Everyone seems pretty locked in as an assistant coach. If anything, Doc might want to bring in a big man specialist. The Sacramento Kings didn't retain former Celtics big man coach, Clifford Ray, but it's reported that Ray will retire from basketball. He would have been nice to have. 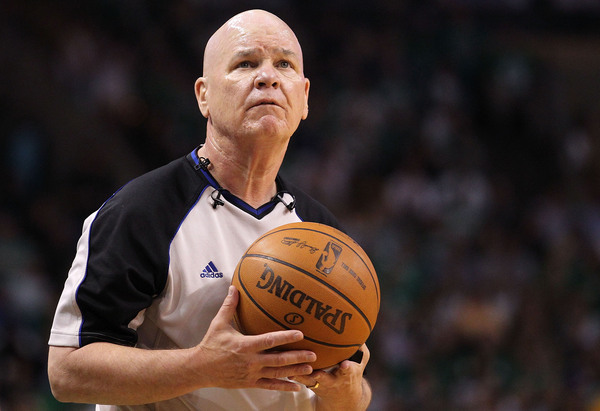 Q: What is your opinion on refs (today and in the past), do they affect the score line/game outcome more then in the past. Are the refs inadequate or might something more sinister happening these years in the NBA? The Heat in particular seem to be getting away with ''murder." --- 33BIRD33

A: To be blunt, the referees really tarnish the game for me. I think basketball is an unbelievable sport; to me, there is nothing like the ebb and flow of a basketball game. I love all the momentum swings and rungs...it's so natural. In a way, it's art. And I don't like when the officials get in the way of it. I don't like when Joey Crawford calls a foul "just to keep the game tight." I hate it. It kills me. I thought game one of the NBA Finals was amazing...perfectly called, it was maybe the best game I've watched all playoffs. That's the brand of basketball I love. I do think something sinister could be happening. I see a lot of calls in the first half of games that keep things close and then things get more even in the second half. Not every game is like this...but perhaps some officials get assigned to certain games for a specific reason. Who knows...regardless, I love basketball and I won't stop watching.

Q: Sullinger says he wants to model his game after Kevin Love. While that's obviously unrealistic to think he'll become as good as Kevin Love, is he capable of developing consistent 3 point range, along with 10 rebounds per game? --- steve

A: I don't think it's outrageous to think he can become a poor man's Kevin Love. Love is an unbelievable rebounder because he has a good sense of where the ball is going and he boxes out. Sullinger already does both of those things and could continue to get better as he gets into better shape. On the offensive end, I think Sullinger was under-utilized last season in the pick-and-pop. He can drain jumpers, just like he did at Ohio State. I don't think he'll ever become a 26 points per game scorer like Love, but 18 PPG is not out of the question.

Q: Are you worried that the Celtics aren't interested in Gorgui Dieng since he hasn't worked out for them yet? He could make an immediate impact in the NBA. --- Rondo is the best

A: I don't think it matters a whole lot. Boston has three years of footage to look at with Gorgui Dieng, and loads of NCAA tournament video too. They might feel that they have enough information on him and don't need to use one of their workouts on him. Whereas, with a guy like Mason Plumlee, they might want to test him in situations where he didn't prove himself at Duke. 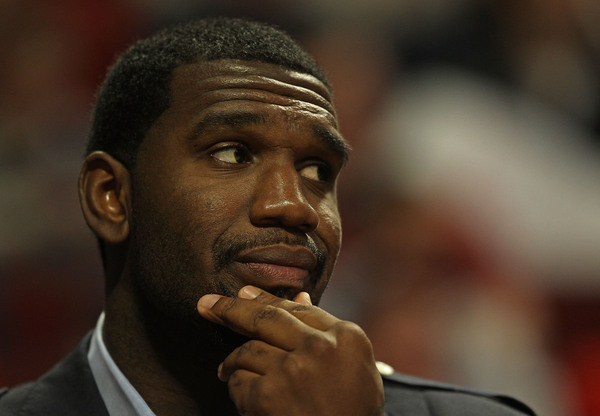 Q: Greg Oden, any chance the Celtics go after him and would they have the money? --- dadmeister

A: Yes. They had him in for a workout awhile back, so there is definitely interest. I do think they'd have the money unless a team seriously over pays for him.

Q: Which prospective free agent are you rooting for most to join the Celtics now? Give me one guy who you think can significantly help this team next season. --- coffee_beans

A: I'll answer this in two parts. First, if KG is gone: Al Jefferson. He's a big, gives us a stud post player, and is solid enough defensively if we put him next to a great defensive center like Gorgui Dieng. Second, if KG and Pierce stay: Kyle Korver or J.J. Redick. I thought Ray Allen coming off the bench was perfect. He's not good enough to start anymore but can still hit clutch threes off the bench for your team. If Redick were on the squad, he would be terrific in an Allen-like bench role. He's also very underrated on defense and makes Courtney Lee completely expendable in a potential trade.