Take a trip down memory lane with me as I look at some former Boston Celtics that are a part of the 2013 NBA Free Agent class.

The Boston Celtics aren't expected to make many signings during the free agent period but interestingly enough there are 13 former Celtics entering the 2013 NBA Free Agent class. With a more than likely inactive free agent period for the team, I thought it would be fun to take a trip down memory lane and take a look at the former Celtics that are currently looking for a new job.

Tony Allen will be most remembered for his high motor and balls-to-the-wall energy that he brought to the floor. Maybe some will remember him for his horrible foul against Chauncey Billups with only 0.1 left on the clock during a game in December of 2007 but my favorite memory was during the dreaded 2006-2007 season...you know, the year the Celtics lost 18-games in a row. From December 13th to January 10th, Tony Allen went on a 14 game tear averaging 18.9 points (53.7 FG%), 6.2 rebounds, 3.1 assists, and 2.6 steals per game.

Even though it was only a one-month stretch, I thought Tony Allen was on the verge of reaching his full potential. It was his third season in the league and with Paul Pierce out injured, Tony Allen came in and looked like a star -- bringing amazing defense and loud thunderous dunks -- but then he tore his ACL on an after-the-whistle dunk attempt against the Indiana Pacers. Even though Tony Allen has went on to have a terrific career as one of the league's best defenders, I can't help but think of what could have been had he never gotten injured.

199 Games: 10.3 PPG, 4.6 RPG, 51.4 FG%
Oh, Big Al; he was truly one of my favorite Boston Celtics players. Watching him develop from a skinny kid out of high school into a man's man in only three short years is one of my favorite pre-Big 3 memories. I always used to argue with friends that he would be better than Dwight Howard since Al actually had some of the best post moves in the league. He averaged 16 points and 11 rebounds per game in his third season before being dealt to Minnesota in the historic trade for Kevin Garnett. I still believe, had it not been for a torn ACL in 2009, Big Al would've panned out to be one of the best bigs in basketball. Maybe I was wrong about him being better than Howard but he still has gone on to be a great player. I know I'd still love to see him back in a Celtics uniform again.

138 Games: 4.9 PPG, 1.3 APG, 46.5 FG%
I'll never forget when Marquis Daniels suffered a bruised spinal cord against the Orlando Magic. He dropped gingerly to the floor, almost like how a flower petal flutters when it comes off of it's stem. I remember watching the replay and thinking, "how does this happen with only so little contact?" It was one of those moments that forces you to pause to reflect on your own life and how valuable it is. It truly was a miracle that Marquis was able to come back and play for the Celtics the following season. Marquis struggled offensively with Boston but his abilities on the defensive end of the floor were always a valued commodity to have.

81 Games: 6.9 PPG, 2.0 APG, 40.3 FG%
To me, Nate Robinson was like the Brad Marchand of the Boston Celtics...except far less productive of a player. But the point stands. Like the Bruins' Marchand, Nate was known for bringing high-energy night in and night out and occasional spectacular performances. My favorite moment of Nate's tenure with the Celtics was easily his 12-point performance in Game 4 of the NBA Finals against the Los Angeles Lakers. Don't you remember the time Nate Robinson jumped on Glen Davis' back and dubbed their relationship as "Shrek and Donkey" during his post game press conference? Yeah, that game. Good times, Nate.

46 Games: 4.0 PPG, 1.1 APG, 40.5 FG%
The "Reverend." Dooling didn't do a lot on the court but his nickname speaks for what he did as a chemistry guy in the locker room. Reverend was a class act and consummate professional to have, mentoring younger guards like Rajon Rondo and Avery Bradley. After his retirement, we eventually found out that he ended up in a mental hospital late in June. Dooling revealed that he was molested as a child but had a serious of mental breakdowns during the summer and needed help. When I think of Keyon Dooling, I see someone that went through a lot as a child, but grew to be a leader of men. Dooling took all of the bad in his life and honed it into something that he could use to help others.

55 Games: 10.7 PPG, 4.4 APG, 3.2 RPG, 1.3 SPG, 41.8 FG%
I used to get really annoyed with Mike James since he would kill moment with so many low quality shot attempts. So many times he should have passed the ball to Paul Pierce, Ricky Davis, Walter McCartney...or even Mark Blount or Jiri Welsch. At least sitting through 55 games of him put the C's in position to trade for a first rounder that eventually turned into Tony Allen. Boston also assisted the Detroit Pistons in acquiring Rasheed Wallace, the player who just happened to help them win an NBA Championship. See? A lot of good can come from just a little bit of bad. 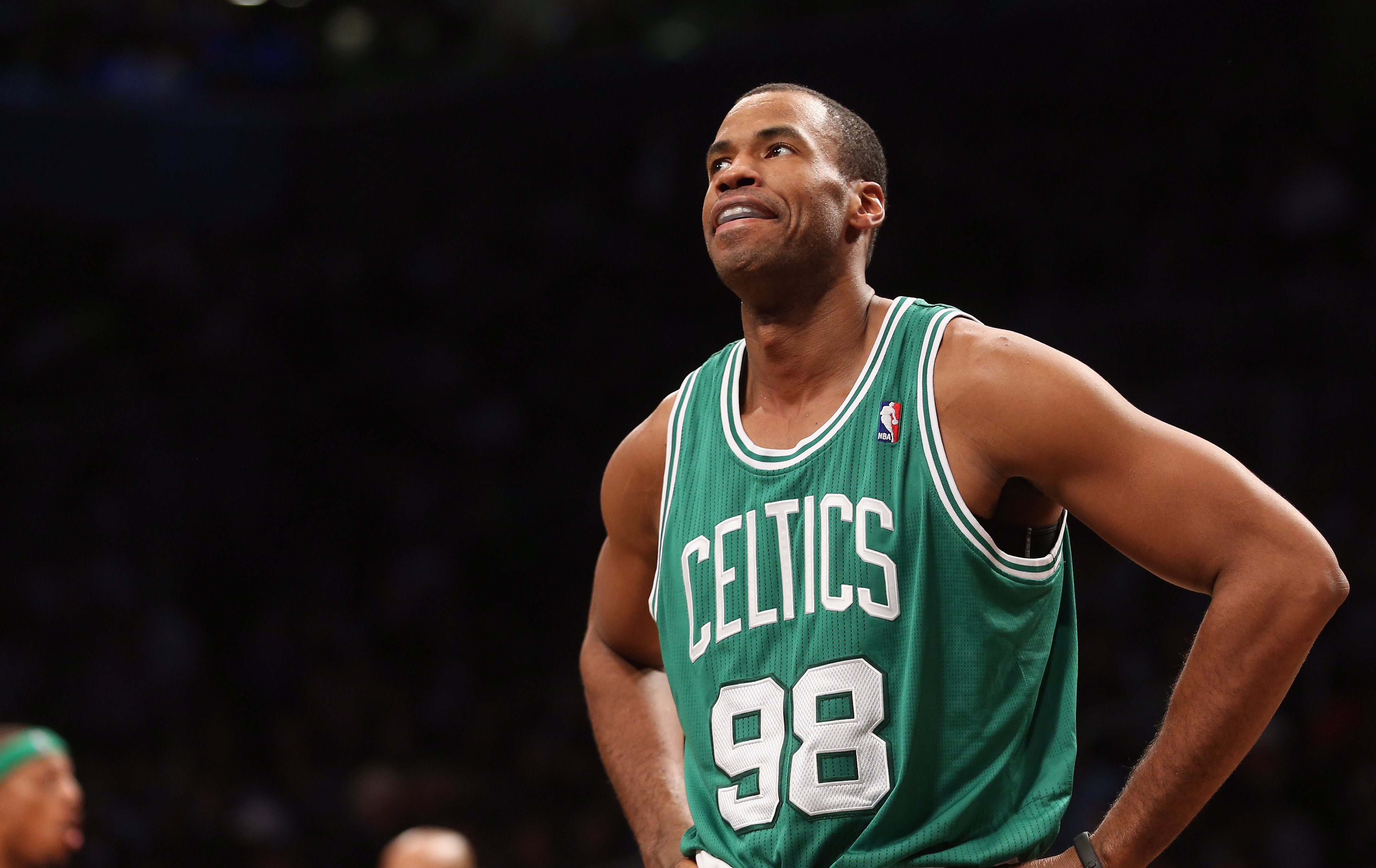 Number 98 wasn't a very good basketball player but he had the respect of all his teammates. The reason he wore his number is a pretty respectable one too. Doc Rivers loved the guy and it seems like he was a pretty good chemistry guy to have in the locker room. I admit, I was quite happy to see him dealt since it had allowed younger players to get more playing time.

41 Games: 5.2 PPG, 1.4 APG, 43.0 FG%
My favorite memory of Leonardo Barbosa came during his first game with the Celtics, when he exploded for 16 points in the fourth quarter against the Miami Heat. The C's ended up losing the game but Barbosa looked like the guy I thought he was going to be when the C's acquired him. It's a shame that he got squeezed out of the rotation and eventually tore his ACL, because I think Barbosa would've had a lot to offer this team had they been healthy. Barbosa was a huge threat with an up-tempo point guard in Steve Nash, so I'd like to see him back with the team someday alongside Rajon Rondo.

15 Games: 2.8 PPG, 1.7 RPG, 64.3 FG%
I can't believe that Ryan Hollins played in 17 playoff games in 2012. Even though Hollins is a 7-footer, he was one of the worst rebounders at his position. Hollins was an energy guy just wasn't a very good basketball player. I hope to never see him in a Boston Celtics uniform again.

42 Games: 6.9 PPG, 3.1 RPG, 38.5 FG%
From his lovable personality to his remarkable comeback from a concussion towards the end of the season, Pietrus was a fighter. It's unfortunate that he wasn't a better player for the C's but I will always respect Pietrus for the positive aspects of his game as a good hustle player and locker loom "glue guy." Unfortunately for Mickael, I don't believe his tenure with the team lasted long enough for him to be in the "memorable" category. 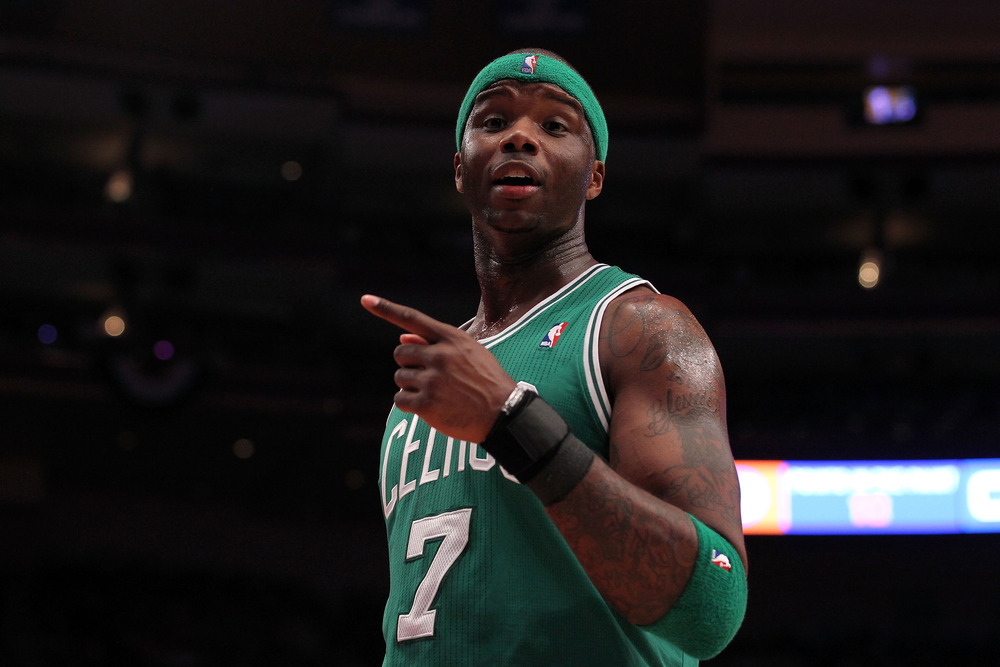 Did Jermaine O'Neal do a single relevant thing during his time with the Boston Celtics? Besides blocking shots here and there, I can't recall a single positive moment that he contributed to during his tenure on the team. It seems like every other week a story came out about him potentially retiring during the season or something like that. Looking back, part of me just thinks he hated playing in Boston. He signed with the Phoenix Suns this past season and actually had a pretty solid year in his reserve role. If O'Neal is ever playing for the Celtics again, something is truly wrong.

78 Games: 6.1 PPG, 2.8 APG, 31.7 FG%
I was so excited when the Celtics acquired Telfair. He was only heading into his third year in the league and I figured he was just scratching the surface of his potential. Funny enough, he had already maximized his potential. Seven years later, he's essentially the same player now that he was then. Telfair had his problems off the court, including an arrest on gun possession charge. Owner Wyc Grousbeck unforgettably removed the nameplate from Telfair's locker, signaling his release. As a player, Telfair was a guy that seemed to steal playing time from a few guys that actually had potential: Delonte West, Allan Ray, and a guy named Rajon Rondo.

51 Games: 11.1 PPG, 4.3 APG, 1.5 SPG, 39.0 FG%
The Boston Celtics were supposed to get Tim Duncan but ended up with Chauncey Billups. I wasn't old enough to remember the draft lottery that year, but I do remember hearing about Billups in the early 2000's and how much of a disaster his relationship was with Rick Pitino. Anytime I think of Chauncey Billups in a Boston Celtics uniform I think of what could have been if had been paired with Joe Johnson...or if the C's had won the draft lottery like they should have and drafted Tim Duncan. Billups in a Celtics uniform was a true nightmare for a number of reasons, none of them area really his fault though. What could have been?

What is your favorite moment from some of these former Celtics players? How about your least favorite moment? Would you welcome any of these players back to the team? Comment below or follow and tweet me @Kevin__OConnor and let me know!