Share All sharing options for: CelticsBlog writers reflect on the legacies of Paul Pierce and Kevin Garnett

When the deal was first announced back in late June, Celtics fans from around the world felt mixed feelings about the end of an era. There will be plenty of time to reminisce about the past and to analyze the future; but for now we will take a look back at some excerpts from articles CelticsBlog.com writers published back in June.

Sorting through the feelings of watching Paul Pierce leave 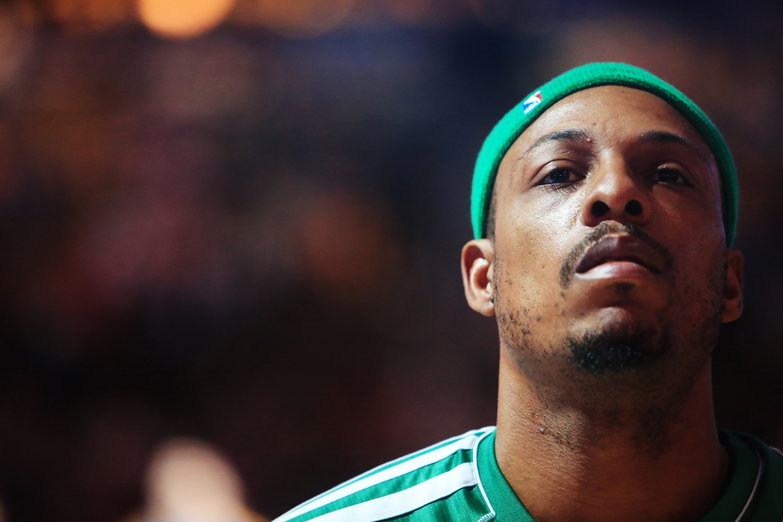 Jeff Clark talks about Pierce's legacy and how Celtics Pride will continue.

Jeff Clark talked about how Paul Pierce is probably his favorite athlete of all time. Even though this trade hurts him, he will always be a hardcore Celtics fan and he knows Celtic Pride will live on forever.

"Sorting through the feelings of watching Paul Pierce leave" by Jeff Clark
I don't live in the Boston area anymore, but everyone knows I'm a Celtics fanatic. This morning in Church, I had multiple people walk up to me saying "are you ok?" It took me a second to figure out what they were talking about, but then I realized they were talking about The Trade. Bless their hearts, they were legitimately worried about me. It was akin to being treated like I lost a family member. I suppose in a manner of speaking I did. But then again, when I step back and look at my wife and children and think about my real extended family, I know it really isn't like that at all.

Paul Pierce is probably my favorite athlete of all time. I grew up on Larry Legend and I respect all the other legends before him. I appreciate all that Kevin Garnett did for this city and franchise. But I grew up with Paul Pierce, which I detailed in this article (that I'm really quite proud of). Seeing him pull on another team's jersey is not going to be easy for me.

Either way, I'm certainly not going anywhere. I've lived my whole life as a Celtics fan and I will die a Celtics fan. I never thought there could be someone to push Larry Bird off the pedestal in my heart (and the 11 year old in me will always keep him there) but along came Paul Pierce. It is hard to imagine another player staying in Boston for his whole career (or rather, for 99% of it as the case may be with Pierce), but there may be another player that will come along and capture my heart the way that Larry and Paul did.

So the legend of Paul Pierce ends with him being traded in his final year or two. That's not the way I would have developed the story, but it isn't my book to write. But it does not subtract one single memory from my heart. It does not diminish the respect and adore that I have for Pierce. He is and will always be a Celtic, regardless of what jersey he wears in the next couple of years.

What I can do, and really what I've already started doing, is focus on what the next era will bring. What's the next move, the next plan, the next chapter in the story. I dig that kind of thing and if anything this is already the most interesting summer since 2007. What happens next is critical to how long we'll have to wait until we are at the top of the mountain again. The pages are blank and that story is yet to be written.

Can You Put A Price On Paul Pierce's Legacy In Boston? 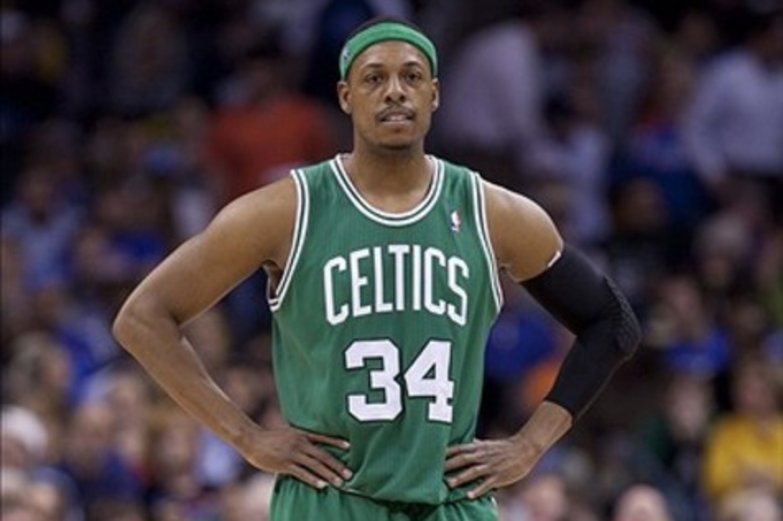 Evans Clinchy discusses Paul Pierce's legacy and it's worth.

Evans Clinchy didn't seem so sure that trading Paul Pierce was the right thing to do. Considering all he had done for his franchise, how could you put a price on him?

"Can You Put A Price On Paul Pierce's Legacy In Boston?" by Evans Clinchy
The Celtics had a chance to honor Pierce's "retire a Celtic" pledge, but they ditched that possibility for a trade package that merely helps them stockpile a couple of extra minor assets. For a Hub hero, that's not good enough. Two decades from now, no one will look back on the summer of 2013 as the time Danny Ainge shrewdly nabbed a few extra draft picks. They will, however, remember it as the end of the Paul Pierce era.

That's what it means to be a Celtic. Forget about all of that "ubuntu" and "bleeding green" nonsense. The true defining characteristic of this franchise is that every decision has historical context. Every player who walks through that door has a chance to be the next Celtic legend, and around here, that really counts for something. Ainge, who was drafted by the Celtics on June 8, 1981 and has been associated with the team ever since, should know that better than almost anyone. It's not always about cap space and draft picks and trade assets. It's about history. Danny Ainge was born in 1959; Celtic pride has been around longer than he has.

What did you really trade Paul Pierce for, Danny? You may think you got back some value, but I question whether you know what "value" really means. 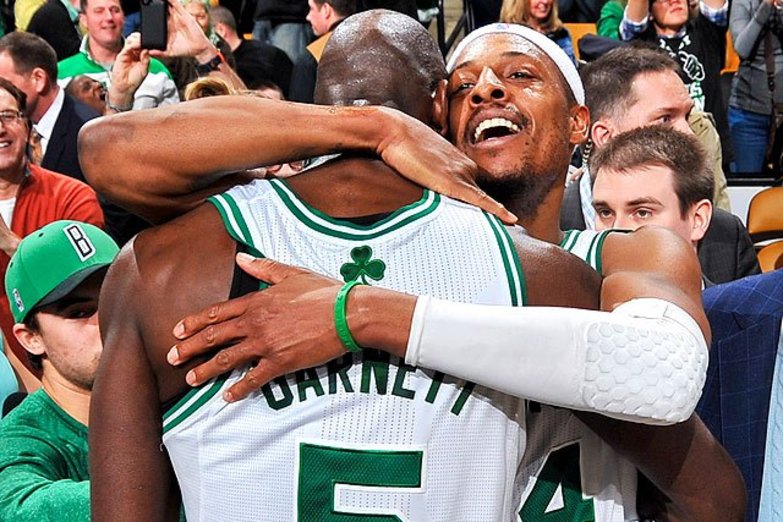 A thank you to Paul Pierce and Kevin Garnett, two people that have made my life a happier one.

While it hurts me tremendously to lose these legends that have given me so many happy memories, I know it wouldn't have lasted forever, so I understand the business side of this decision. When I think of Paul Pierce and Kevin Garnett I can only smile.

Thank You by Kevin O'Connor
All things must come to an end. All that you love and all that you hate will one day pass. That is truly the reality of life, whether we like it or not.

Sports are a lot like life in many ways, but especially considering the fact that nothing is forever. With every victory and every defeat, we must learn to enjoy and savor every moment. It will not last forever.

You are one of the reasons why I fell in love with basketball. It's hard for me to pinpoint a single favorite memory since there are so many to choose from. From the times with Antoine Walker to the times with Ricky Davis, how am I supposed to choose? It all has been amazing.

As a whole, you managed to show loyalty to the Boston Celtics for so long despite having so many opportunities to leave for greener pastures. We have watched you develop from a raw shooter out of Kansas into one of the greatest players in Boston Celtics history and a Hall of Famer. We have watched you grow from a kid that the media dubbed as "immature" to a true leader of men. You are a true role model to me and so many others. I look forward to seeing the number 34 get raised to the rafters. You will forever live on in Boston Celtics history.

To Kevin Garnett,
The leadership and pride you have brought to the Boston Celtics has left an imprint on me forever. You have taught me that I can be a better person just by working hard and being myself. From your knuckle pushups to ubuntu; from your trash talking to your childlike smile during Gino Time and from your screams before, during, and after games: you truly have taught me that "anything is possible!"

It truly is; anything is possible. If you set your mind to something, you can accomplish it. The road to your reaching your dreams might seem impossible but time and time again throughout human history we have proven that we can achieve anything that we set our minds to. As a collective, and as individuals, all you must do is open up your mind up and dream. Work hard. Love what you do. Dedicate yourself. And you will succeed.