Thanks for the questions. A few of you were hoping to get a head start on scouting the 2014 NBA Draft, hopefully I can help!

Q: Aside from the BIG names like Wiggins, Parker, etc., who are three college players to watch this season that could potentially be great fits with this Celtics team in 2014? --- Green4Life

A: To be honest, it's hard to look at specific players this early on. Just think about this past year, heading into the start of the college season Shabazz Muhammad was the projected number one pick in the NBA Draft. He ended up falling all the way to the Minnesota Timberwolves at number 14. That can work the opposite way, for example I could say "keep an eye on forward James McAdoo of North Carolina in the middle of the first round." But he could end up exploding this season, rocketing his stock all the way up into the top five. With that said, here are three names to keep an eye on based on the C's potential draft placement and each player's approximate draft value.

If the Boston Celtics are lucky enough to land a top five-pick keep an eye on Kentucky power forward Julius Randle. Of course, the C's have drafted a couple of bigs the past few years, but you can never have enough of them. For his age, Randle has a well-developed post game, can hit shots from three-point range, and works hard on defense. Chances are the Celtics will be somewhere near the middle of the round so I would keep an eye on Kansas guard Wayne Selden. Right now Selden has virtually no left-hand but when he goes to his right he's very hard to stop. He can score off the dribble and get to the basket with ease. I think he'd be a good player to let spend a year or two in the D-League since he has the talent to be great but needs to spend a lot of time developing that off-hand. By chance, if the Celtics were slotted at the end of the round I'd watch Syracuse small forward C.J. Fair. He has NBA role player written all over him because plays defense with intensity and finishes strong. He needs to do a lot of work on his outside shot but I think he'd be a quality backup behind Jeff Green. 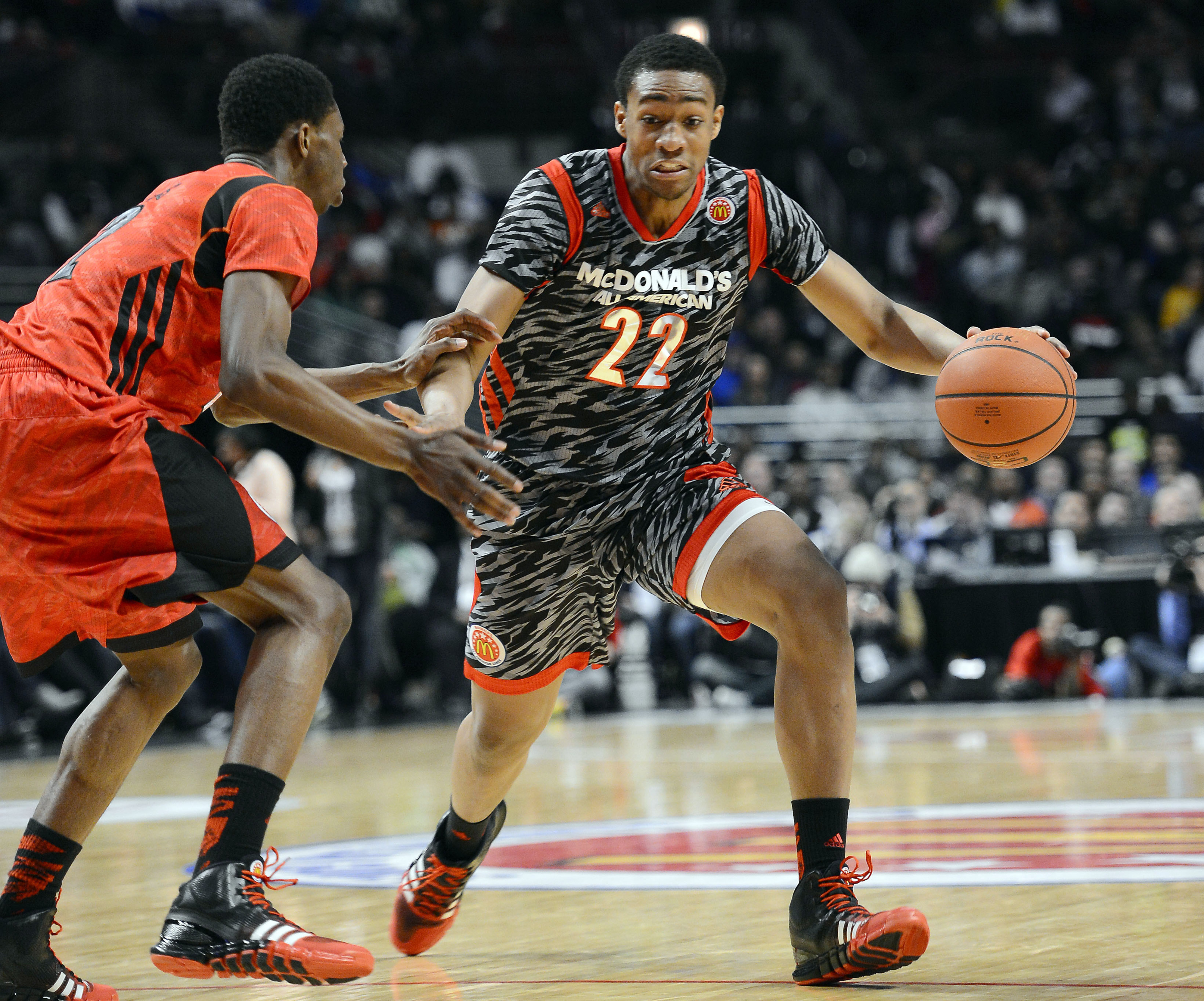 A: I'll work backwards answering this. If the Celtics ended up with a draft pick around number 20 they would generally get a player better than we'd get in previous years. Why? Well, I do think this draft is top-heavy... but it's pretty deep too. Here's where it's top heavy: guys like Andrew Wiggins, Jabari Parker, and in my opinion even Julius Randle and Marcus Smart give it weight on the top. To compare the value in the 2013 Draft and the 2014 Draft, I think you have to look at players that could've entered this year. So look at a guy like Dario Saric. This past season a 19-year old Saric likely would've been a lottery draft pick. Next year I can't see him cracking the lottery even though he'll get another full year of development. That says a lot about the amount of top-end talent and depth in next year's draft.

Q: Assuming the C's fall in the lottery for the next draft, who do you think is the player best suited for the team? And for the Brooklyn Nets pick, which will be in the 20's, which player is nice to have in green? --- ball is green

A: A lot of incoming players are freshman so I'm basing my opinion on only limited high school footage of them. With that said, I think the Celtics need to find a guy that you can give the ball and tell him to score, you know, like those classic Paul Pierce isolation plays. When I look at the lottery a few guys come to mind: wing Glenn Robinson III from Michigan, combo-guard Andrew Harrison from Kentucky, and Boston-native guard Wayne Selden, who will play alongside Andrew Wiggins at Kansas. All three of those players should go in the mid-to-late lottery. With the Nets pick it's even harder to tell, so much can change between now and next summer. Wing Dario Saric, center Mitch McGary, small forward C.J. Fair, and power forward Isaiah Austin are a few players that could be fits. Fair will be a senior and could step right in and play in the NBA if the C's are ready to compete in 2014-2015.