Jeff Green and Courtney Lee were sitting courtside as they watched their teammates defeat the Indiana Pacers in an exciting 76-74 victory. Whether it's a local recreational league game, an NBA playoff game, a pick-up match with friends, or a Summer League match-up in the middle of July; good basketball is fun to watch no matter the platform. Today's game between the Boston Celtics and Indiana Pacers was an entertaining game from start to finish. The Celts exploded in the second quarter, taking an 11-point halftime lead over Indiana. Boston was able to build their lead thanks to Kelly Olynyk, who had another terrific game. The power forward out of Gonzaga had 21 points on 9-of-19 shooting to go along with nine rebounds, four assists, and one block.

But the Pacers chipped away at the lead and tied the game up late in the fourth after a 9-0 run in the last three minutes. Phil Pressey, a point guard out of Missouri, had 11 points and led the game with five assists and three steals. With 15-seconds left on the clock Pressey sunk two free throws to give the Celtics the lead and the victory. Click here for the full box score.

Olynyk has continued to show that he has all the tools to be a very good scorer in the NBA. Here's a short list of some of his remarkable plays from today: dribbled the ball coast-to-coast for a layup, a sexy one-legged step-back jumper from 15-feet, hard dribble on the post to a hook shot in the paint, another up-and-under move on the post, and a pump fake from behind the arc for a one-dribble pull-up jumper from 18-feet. All right, maybe that wasn't such a short list. To put it simply: Olynyk was a baller today. ESPN tweeted that Courtney Lee said while sitting courtside, "Oh man, big boy (Olynyk) can stroke it." Olynyk impresses every Celtics fan and apparently the Celtics players are too.

Colton Iverson was just as impressive on the defensive end of the floor as Olynyk was offensively. I am constantly enthralled by Colton's ability to body his man and deny the ball on the post. At 270-pounds, Iverson has to be one of the strongest men playing in the summer league and I believe that will transition easily to the NBA. Iverson not only shows good strength but sound technique. He knows when to front his man and use his hands to deny the ball, but does a good job of switching to get in-between his man and the rim. And don't forget that the play isn't over until the ball is rebounded. Iverson does a very good job of locating his man and putting a body on him for a box out.

I didn't get to watch a lot of Tony Mitchell in the NBA D-League, but in the clips and portions of games that I have been able to view, he looked like a player that could only score in volumes. Think about a guy like Jordan Crawford, he'd come off the bench for the Celtics and score points in bunches, but then disappear in other parts of the game. What we're witnessing in the summer league is the evolution of Tony Mitchell. He has proven to me that he can play off-ball and still get his buckets while playing with energy on the defensive end of the floor. Today he scored 15 points, had two steals, five rebounds, and one impressive block from behind. 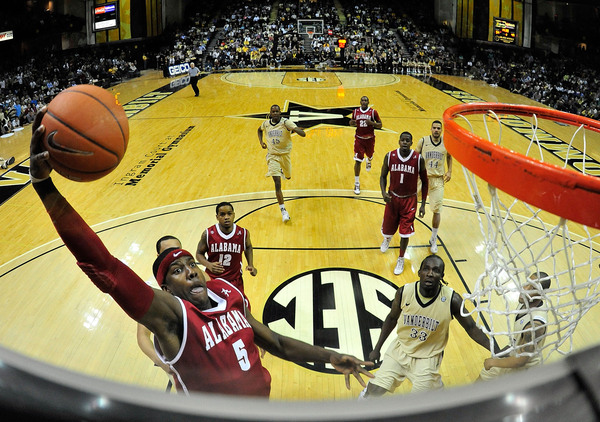 When asked by Hoopsworld.com what the expectations are this summer, Mitchell said, "Just going out and playing hard, doing everything I can. Mostly just playing defense, doing what I know I can do. That'll be my niche if I do make it. Me just going out there and playing defense." Mitchell then smiled and said, "I know I can't be the one going out there and getting all the shots like I did in the D-League. So, I need to learn to work off the ball and play good defense and keep the energy up for my team."

From his words and his play on the court, I believe Tony Mitchell knows what his boundaries are. He realizes that he doesn't have the elite ball handling skill to "go and get it" like he did in the D-League. Instead, he can be a complimentary role player on offense but give constant tenacious defense and energy. Mitchell was only 1-for-5 from three-point range today, but I believe he has the stroke to improve his consistency if he continues to work hard.

Defensively, Mitchell has been extremely impressive. He has had two blocks from behind and shows impeccable timing and speed when going for a block. Of course, a 6‘6" shooting guard/small forward isn't expected to block many shots, but it's an example of his instincts and skills on the defensive end. He has very quick hands and is agile in small spaces on the floor. At this point I think Tony Mitchell deserves an invite to training camp unless things go south in the next few days.

Pressey at his best

Phil Pressey was absolutely awesome today. After the first half of game one on Sunday morning, Pressey has improved each and every day. His 11-point, five-assist, three-steal game today was easily his best. Putting aside the stat line, it's the way Pressey was able to make plays for his teammates that made it so special.

Pressey didn't play full court press defense as much as he did against Peyton Siva and the Detroit Pistons, but he was exceptional in the half court again today. Pressey doesn't have long arms but is extremely fast moving laterally. He has supreme instincts and seems to have perfect timing when going for a steal. The prime example came with less than 20-seconds left in the game. He was matched up with Pacers point guard Donald Sloan on the perimeter and suffocated him, forcing him into his help defense, Colton Iverson. Sloan missed his shot attempt; then Pressey grabbed the loose ball, got fouled, and hit two free throws to win the game.

Another fine moment came from him with about four-minutes left in the fourth quarter. Pressey pushed hard on the fast break and finished hard at the rim with a layup. After Indiana inbounded the ball, Pressey was a thief and snatched the ball from behind. The Celtics eventually scored another two points thanked to Pressey's impressive intangibles.

This is ground control to David Stern...

The second quarter was a disaster even though the Boston Celtics outscored the Indiana Pacers 25-to-9. You might be asking, "Huh? What are you talking about?" Well, with about nine-minutes to go left in the first half, viewers watching on NBA TV were greeted by a blank screen for about ten-seconds before commercials came on. Once the broadcast came back on we were greeted by Michael Jordan highlights.

Look, I love Michael Jordan. Sometimes I type his name into YouTube just to bask in his greatness. He inspires me as an artist, as well as a basketball player -- even though I'm not very good -- but today I have never been less happy to see MJ highlights. Oh, but it got worse...

After the Jordan footage was over with guess what came on the screen? Highlights of the 2013 NBA Champion Miami Heat. Yeah. Gross. Could it have gotten any worse? All I wanted to do was watch and write about some fun Celtics summer league action and I end up getting to re-experience the Heat's run at their second championship in a row.

At least the game came back and we were able to enjoy all of the second half with no problems...except the 45-second portion during the third quarter that were replaced by more commercials. Maybe everyone at CelticsBlog should get together for a remake of David Bowie's Space Oddity: "This is ground control to David Stern...I'm getting rather mad."

- I think Fab Melo deserves a little bit more respect for his development so far this summer. Look, I know he isn't anything special right now but from reading the comment section and my Twitter feed, he's getting roasted right now. For what? Fab is still going through the beginnings of his development stage and has improved a lot from this past offseason. He moves a lot better defensively and does a solid job at protecting the rim. 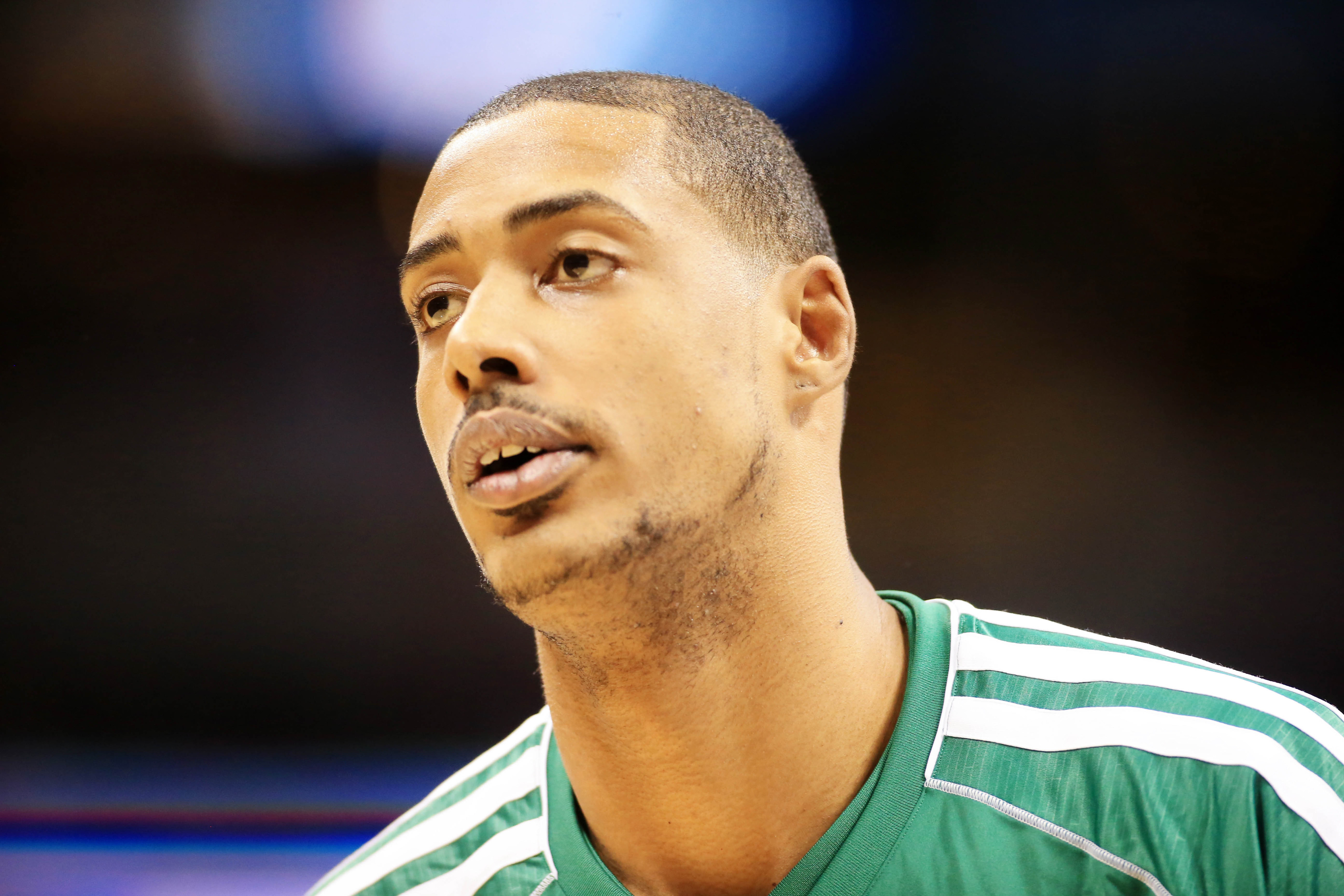 I know he looks like a spaz out there sometimes and occasionally has a hard time locating his man for a box out, but it'll come with time. We're seeing signs of development and I just wish there was footage of him from summer league last season because the improvement is encouraging. I don't think he'll ever be a starting center in the NBA but there is a chance that someday he can be a big that comes off the bench to play hard for 15-to-25 minutes and get a few blocks a game. There is value there, right?

- Darius Johnson-Odom was absolutely horrible offensively this morning, shooting 1-for-5 with a turnover. Indiana's summer league defense was pretty solid tonight and Johnson-Odom was unable to get anything going when attacking the basket and instead opted for a couple of bad mid-range shots, including a terrible fade away jumper with about 12-seconds left on the shot clock. I'll admit, his defensive effort isn't too bad, but he doesn't impress me that much at all. For all the things that worked for him against the Detroit Pistons, they didn't work against the Pacers, and they won't work against NBA-level talent either.

- Solomon Hill, a 6'7" small forward out of Arizona, had a great game for the Indiana Pacers. I thought he looked like one of the more seasoned players on the floor. Hill played very good defense throughout the game and showed off his versatility on the offensive end. He was 7-for-15 but got his points in a multitude of ways. Solomon Hill should be another good role player on an already impressive Indiana Pacers bench.