"Blessed to bless," Damen Bell-Holter provides inspiration for children around the world

After fighting through a difficult childhood in the small village of Hydaburg, Alaska, Damen Bell-Holter has emerged as an inspiration for children across the world.

Share All sharing options for: "Blessed to bless," Damen Bell-Holter provides inspiration for children around the world

Damen Bell-Holter wasn't supposed to get the opportunity to play in the NBA. Bell-Holter grew up in Hydaburg, Alaska, a small village with a population of about 350 people. Statistically, he should still be living there. Instead, the 6-foot-9, 245-pound power forward out of Oral Roberts University will now be playing with the Boston Celtics in training camp and preseason. Yet, despite not reaching the NBA, Bell-Holter has already made his mark by speaking from his heart and inspiring children around the world.

Growing up in Hydaburg, Damen Bell-Holter says on his personal blog, "Humble Experience," that this small village is full of poverty, drug abuse, partying, and other reckless behavior. Damen writes, "While I was growing up, I saw people constantly drunk, wives being beat, my parents getting into physical disputes because of alcohol and kids getting drunk and high at the young ages of 12." He goes on to further explain, "I saw some of my best friends doing drugs and drinking at young ages. I saw lives taken because of suicide and drunk driving." 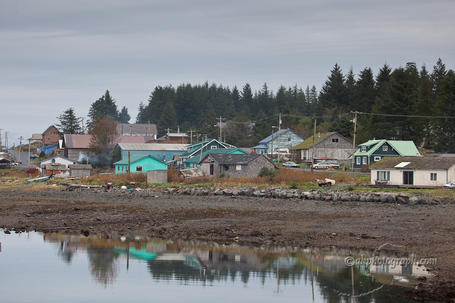 The native of Alaska explains that he slowly grew away from that irresponsible behavior and focused primarily on basketball. However, playing basketball didn't initially lead him to a better supporting group of friends. He says, "I never had positive role models to look up to consistently. The ones I did look up to were ‘local legends' and didn't go play college basketball. They hung out, fished, and partied. I looked up to these guys. My peers and I didn't know any better than that."

Fortunately for Damen, he managed to make his way out of Hydaburg because his extraordinary basketball potential. After graduating from Ketchikan High School in 2008, he needed to boost his grades in order to play Division I basketball, so he transferred to New Hampton Prep in New Hampshire. He spent one year there and went through a significant maturing stage.

"I grew up at New Hampton," Bell-Holter says. "It prepared me to be coached in Division I where it's like a full-time job. I really connected with some people on a personal level. Hutch watched me grow up from a kid to a man in college. I miss New Hampton and being with my teammates. It was so welcoming and a great situation. It made me a better person."

Damen Bell-Holter then went on to Oral Roberts University, where he played four years while majoring in business administration. Last year with ORU, the Alaskan big man had the best season of his college career, averaging 15.5 points, 9.4 rebounds, 1.3 blocks, and 1.2 assists in 31.5 minutes per game.

More importantly, Bell-Holter's years in college led him to the realization that he has the power to change children's lives. Coming from a background with poverty and drug abuse, he has emerged as a ray of hope for children living in the conditions similar to the ones he used to.

Damen writes on his blog that he uses the slogan "Blessed to Bless." He explains, "I use this because when someone is blessed with a gift, they should share this gift and pass this gift on to the next person. I tell kids that I want to be a resource for them because I didn't have many resources when I was a kid."

Last year Bell-Holter became a resource for children and spent two weeks in both Canada and Seattle, teaching underprivileged kids how to play basketball, as well as valuable life lessons. Later that year he spread his positive message to middle school boys and girls in Oklahoma. And of course, every single year he returns to his home state of Alaska to host basketball camps and to stand as a role model for children. 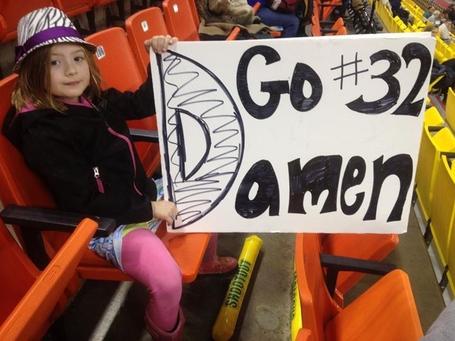 Damen Bell-Holter says he looks forward to seeing the children he instructs years from now because then they will be "living out their dreams and inspiring kids to do the exact same." Damen says, "Success is extremely foreign to these small, native communities because they are viewed as a statistic. I don't want them to live up to those stereotypes. I told them, if I can come from a small village in Alaska to playing at the Division 1 level, then anything is possible for them. I want them to dream so BIG that it seems impossible."

Bell-Holter says, "The more and more I work with kids, it makes me hungrier to spread my story and inspire as many kids as possible." If things go well in training camp with the Celtics, soon enough he could be starting a foundation based in Boston that will improve the lives of children in the area.

Regardless of what happens in training camp, Damen Bell-Holter has proven he is not just another statistic because he has aimed for the stars and is in the process of achieving his dreams. No matter where his basketball career takes him, Bell-Holter will be a positive influence and role model for children around the world.