The Rise and Fall of Jordan Crawford

Share All sharing options for: The Rise and Fall of Jordan Crawford

It feels like it was an eternity ago when Jordan Crawford was named Eastern Conference Player of the Week on December 9th. He averaged 23.3 points and 6.7 assists while leading the Boston Celtics to a 3-0 record, shocking fans of the NBA.

Crawford's confidence was sky-high and Celtics fans were sold that he was a new player. "Steez" was quickly becoming a fan favorite for his flashy scoring style. After he won his award, I polled CelticsBlog.com readers, and 86 percent thought that Crawford had taken his game to the next level:

Unfortunately, those voters were deceived by Jordan Crawford's play, just like I was in the preseason. After four exhibition games, I thought the 25-year-old guard was a brand new player, who had matured and developed his skills; but for the rest of the preseason he looked like the Crawford of old. He started forcing shots and turning the ball over, which hindered the team on offense.

That's why I wasn't buying the "new Crawford" after his early-season success. I wrote, "I'm not convinced that this is a brand new player, not yet at least. I won't let myself get tricked like I did in the preseason, unless he continues to play this well for an extended period of time."

And he hasn't. Since winning Player of the Week, Crawford has deteriorated, looking more and more like the player that the Wizards benched midway through the 2012/13 season.

Was Jordan Crawford's preseason a microcosm of his regular season performance so far? I'd say so, and the statistics indicate that as well.

In a strange way, Tom Petty's classic song, "Free Fallin'" has mirrored Jordan Crawford's 2013/14 season. On that record, the main character, a "bad boy," has a fling with a "good girl," before dumping her and breaking her heart. He drives away on the highway and feels freedom, which is all he thinks he needs. But quickly, he realizes that the feelings he had for her were real, and he begins to free fall into nothingness.

You could say that Crawford is the protagonist of the Celtics. He had loads of success early in the season, which made fans fall in love with him. But their hearts have since been broken, as his play has declined. Of course, the second half of the season has yet to occur. Will Crawford return to win fans back, or will his play continue to free fall, just like the main character did in Petty's song?

Right now, everything is going downhill for Jordan Crawford. He was once having a career year, but now his numbers are in line with his averages.

Looking closely, it becomes apparent that Crawford has slumped since he won Player of the Week on December 9th. Here are his shooting splits before then (22 games), and since (17 games): 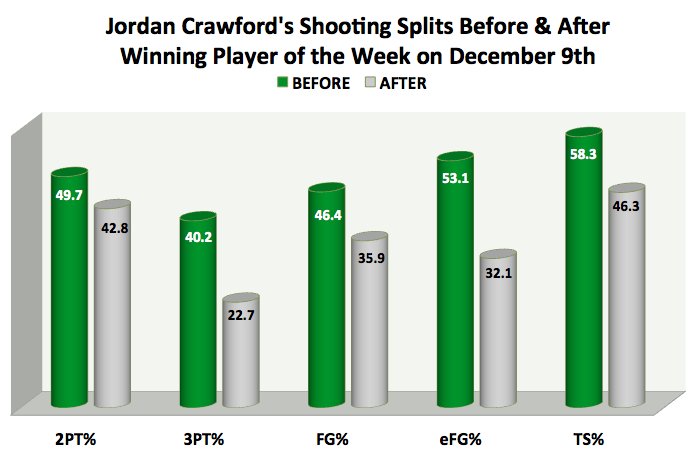 Interact with the graph for more in-depth statistics, and explanations of "eFG%" and "TS%."

As the graph shows, Crawford has fallen off a cliff when shooting the three-pointer. He shot 40.2 percent before December 9th, and only 22.7 percent since then. It's not like he's forcing deep threes any more often than he did earlier in the season; he's just not hitting them.

In fact, his attempts per game have only grown marginally. Crawford attempted 3.7 three-pointers per game in the first 22 games, and 4.4 per game since then. There has been a slight increase, but it's nothing drastic.

I reviewed the film, and to my eyes, his mechanics seem just fine. His form when spotting up is consistent with what he did early in the year; and his fundamentals when pulling up, albeit funky looking, have also been solid.

Crawford has also seen his effectiveness scoring from two-point range slip. It isn't significant (only a drop of seven percent), but he still has regressed. Many of the shots Steez was swishing early in the year-- when he drove into the well-guarded paint, elevated off one foot with his body contorted, and still managed to make the shot -- are now just clanking off the rim. His approach hasn't changed; the shots just aren't going.

In the game of basketball, where consistency leads to potent results, a style based on erratic shots is unsustainable.

Unfortunately, that's part of the problem. When Crawford plays, some spectators think he looks like the typical schoolyard ball-hog, dominating the ball before attempting wild shots, with his arms flailing all around.

But it's not that Crawford is a ball-hog -- he is actually averaging an admirable 5.7 assists per game -- it's just his scoring approach doesn't yield a steady performance. In the game of basketball, where consistency leads to potent results, a style based on erratic shots is unsustainable.

Boston has actually seen its overall production drop, in large part because of Crawford's decline. On December 9th, the Celtics had a 10-12 record and scored 108.4 points per 100 possessions (PPP) when Crawford was on the floor. With Crawford off, they only scored 94.1 PPP. Of course, anyone watching games knew that Crawford was a prominent reason why the C's got off to such a respectable start.

Since then, the script has been flipped. The Celtics have a 3-14 record in the past 17 games, and they're scoring only 99.6 PPP with Crawford on the court. But now, when Steez is on the bench, that number jumps up to 104.9 PPP.

These numbers support the belief that Jordan Crawford has been playing to the Celtics' detriment this past month. When his high-risk shots were falling, Boston was winning games, but now he's missing, which has hurt the team dramatically.

Unfortunately for the 6-foot-4 guard, nothing has come easy, considering 80.9 percent of his shots made have been unassisted. Maybe the return of Rajon Rondo will open up the court for Jordan Crawford, leading to more consistent results.

What should Brad Stevens do?

When Rajon Rondo (likely) returns on Friday night, I think the first step should be to assign rookie point guard Phil Pressey to the NBA D-League. There, Pressey will be able to develop his skills as a distributing point guard while playing heavy minutes on a consistent basis. In Boston, Pressey will only ride the bench, hindering his ability to grow considering the lack of practice time. 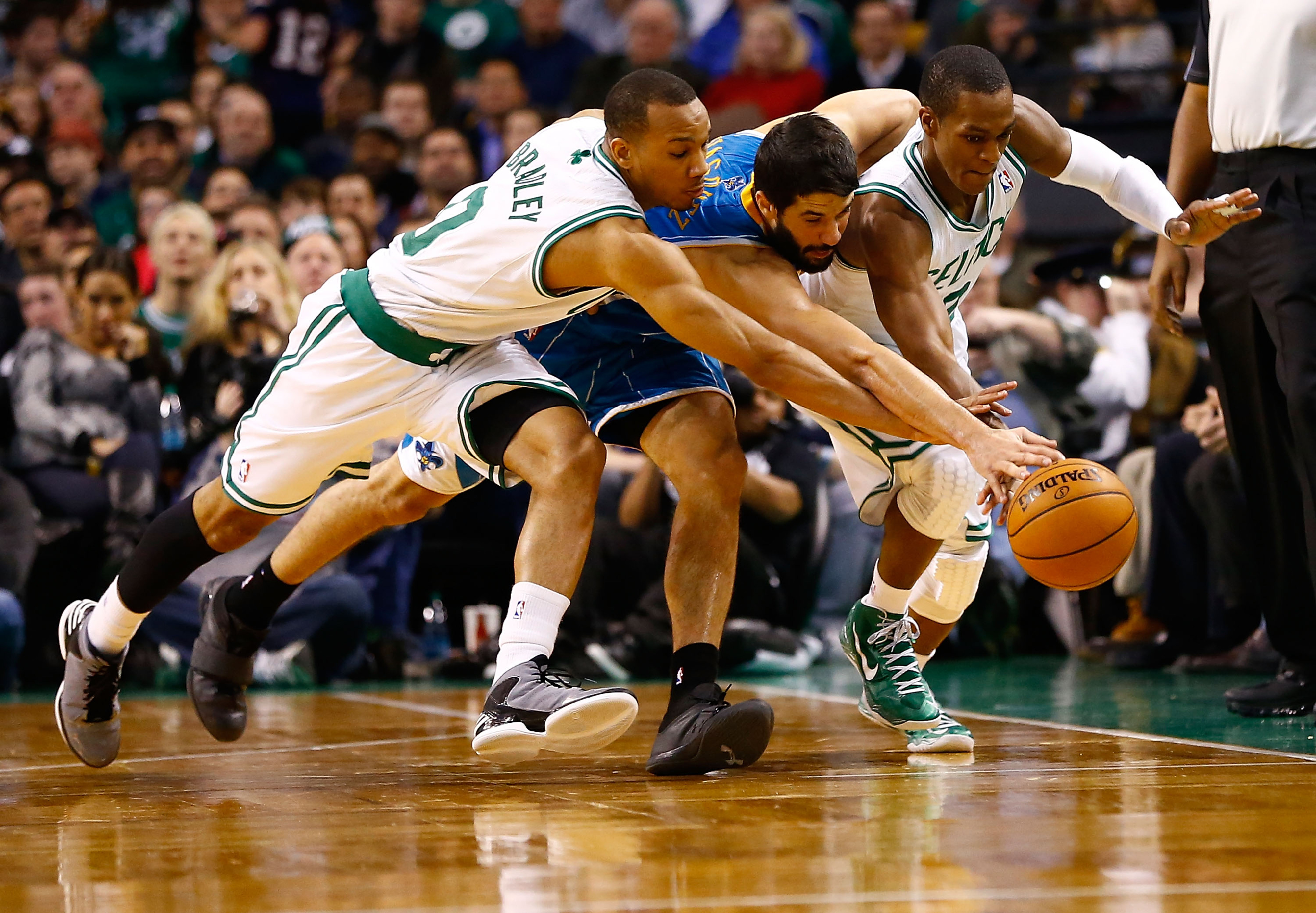 Then, it's pretty easy to assume that Rondo and Avery Bradley will start. They're the two most talented guards on the roster, and give this team the best possible chance to win. For Brad Stevens, starting them is a no-brainer, and they should each receive well over 30 minutes per game.

But that leaves a plethora of guards on the bench, in Jerryd Bayless, Jordan Crawford, MarShon Brooks, and Keith Bogans. It'll be nearly impossible for Coach Stevens to hand out minutes to each of these players, and I think he realizes that.

After Monday's 104-92 loss to the Rockets, Stevens was asked about how this equally talented roster must constantly prove that they deserve minutes. He said, "[The minutes are] always open. They're always open...but the key to that is you got to be really productive when you're on the floor, because we have so many guys who are capable, yet very even."

Stevens went with that philosophy on Monday night. Crawford had a terrible first half, so he cut his playing time in the second half, and gave substantial minutes to Bayless and Brooks -- both of them actually played the entire fourth quarter because they performed so well.

That's why I believe that Stevens should allow for these "open minutes" on a nightly basis. Start Rondo and Bradley, and bring the hot guards off the bench. For example, if Crawford has a great first half, he plays in the second; but if he doesn't, then Brooks or Bogans receive that playing time. 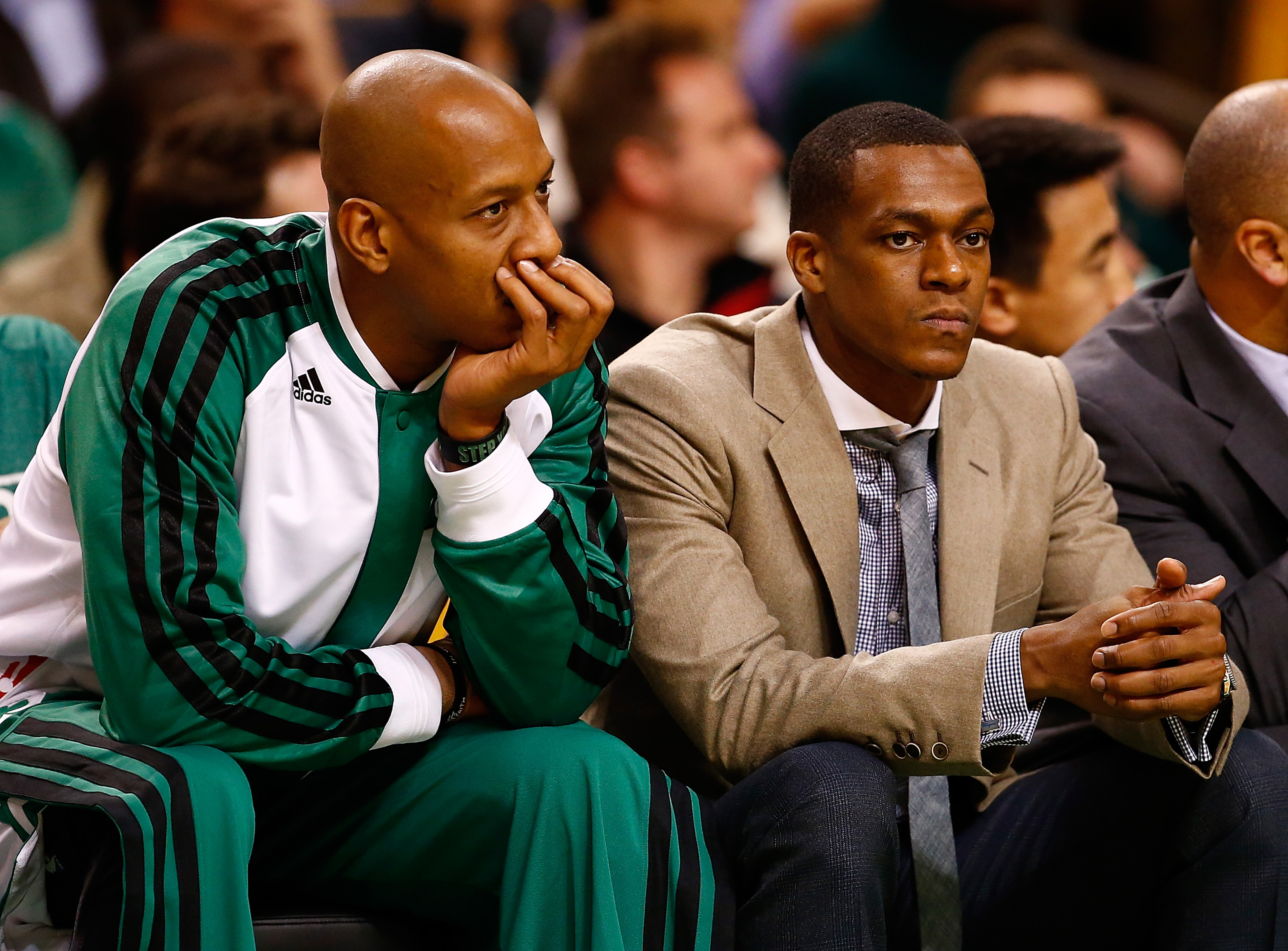 Some might argue that an inconsistent rotation is a bad thing, because it prevents players from settling into a routine, but I disagree. If every player on the roster knows that they have a chance to play, it forces them to always stay ready. If Stevens sticks to his word and allows for "playing time auditions" each game, everyone will show up, doing what they can when they finally get a chance on the court.

Besides, for years and years many Celtics fans have been critical of Doc Rivers' reluctancy to stray away from his regular rotations and lineups. With Brad Stevens, Boston has a coach that is willing to adapt to changes each and every game. That is something fans should be open to, just like the players will.

Despite Jordan Crawford's struggles the past month and a half, I don't think he deserves to have his playing time eliminated. He has been a willing passer and hasn't turned the ball over very often, which can't be overlooked. Plus, there is always a chance he heats up, just like he did early in the season.

However, Brad Stevens can't stay devoted to one rotation considering the evenness of the roster. The door should be open for any player to grab playing time each game.