How will the Boston Celtics change without Avery Bradley?

The Boston Celtics will change drastically without their young shooting guard, Avery Bradley.

Share All sharing options for: How will the Boston Celtics change without Avery Bradley?

How will the Boston Celtics change without Avery Bradley? That can be answered with one word: Plenty. Bradley could be out for a couple of weeks with a sprained right ankle after spending the whole season as one of the Celtics' most utilized players on offense, and as their best perimeter defender.

This month, Bradley has played 12 games and has a usage of 25.2 percent. This means that he has accounted for 25.2 percent of the Celtics' offense when he is on the court. More pointedly, usage is an estimated percentage of team possessions that a player uses through shot attempts, free throws, assists, and turnovers.

That usage percentage ranks him amongst the top 20 guards who have played at least 25 minutes per game. Interestingly, Bradley uses offensive possessions at about the same rate as All Star guards such as Damian Lillard (24.5%), Joe Johnson (24.9%), Kyrie Irving (25.4%), and James Harden (26.8%). 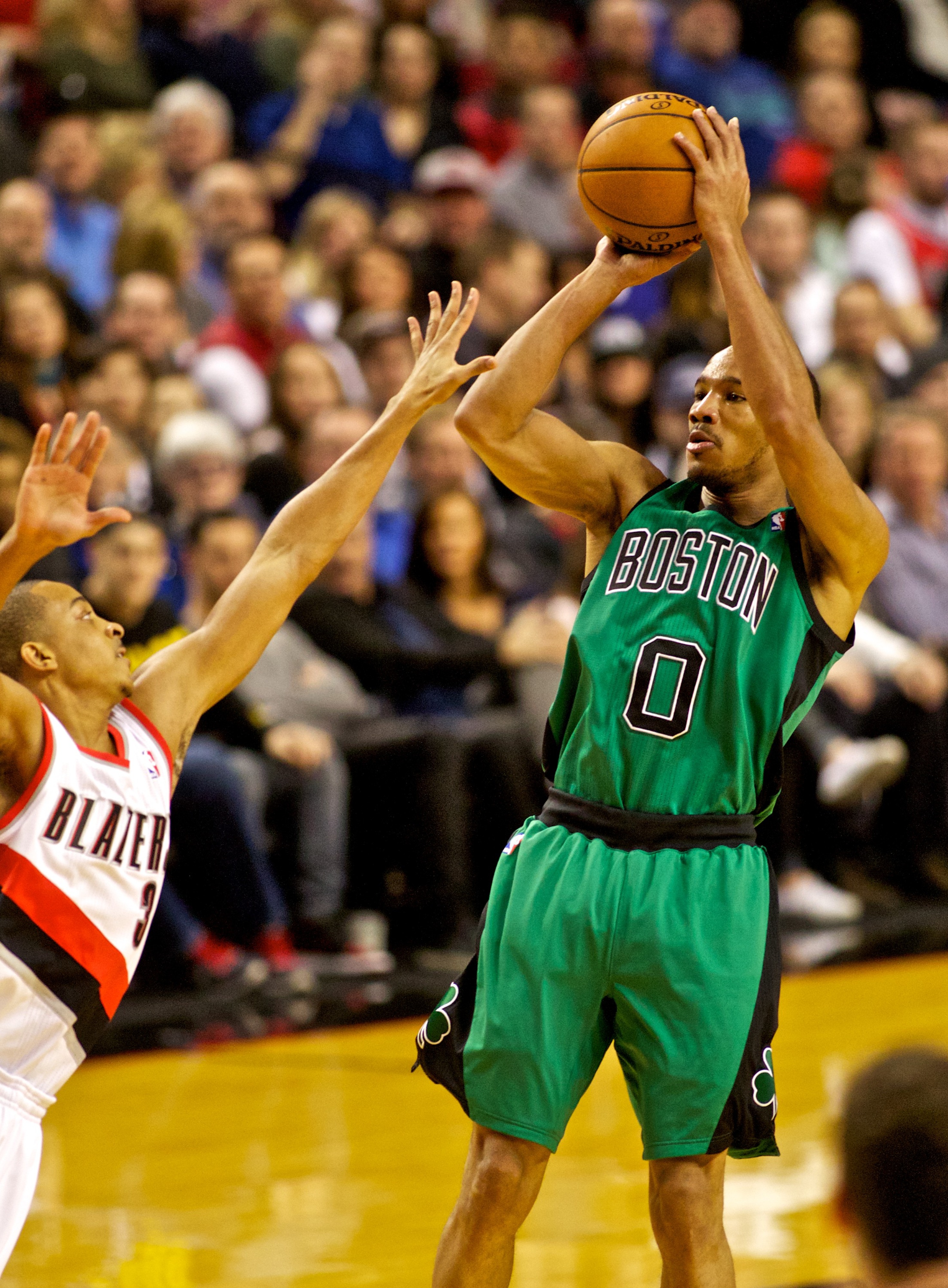 For a player of Bradley's offensive caliber, he arguably has the ball in his hands too often. Out of guards with a usage over 20 percent, Bradley ranks as the worst in assist ratio (assists per 100 possessions), at only 7.9, and in assist percentage (percent of teammate's field goal which player assisted), at only 8.0 percent.

Averaging almost 16 shots per game this month, Bradley is shooting an ineffective 40.7 percent, so it's not like they are losing a player that was dominating from mid-range, like he was in December and through the beginning of January. In fact, the past four games, Bradley is shooting only 30.8 percent, or 20-for-65 field goal attempts.

These numbers indicate that the majority of Bradley's "usage" comes from shot attempts and free throws, not assists or turnovers. He is clearly shooting the ball at a high rate, which means his absence will undoubtedly change the shot distribution on offense.

Play calls will be modified

For the most part, Brad Stevens has had the team use "motion offense" as their main set this season. Many of those "motion" plays are easily recognizable, as they would result in Bradley taking a mid-range jump shot, either from an on or off-ball screen, or from a dribble handoff.

It has worked very effectively all season until recently, so I look forward to seeing the Celtics without this as a go to play in the half court offense.

With Crawford now in Golden State, and Bradley out for a while, that means that another player will have to be used in these plays. If it's Rajon Rondo and Phil Pressey, expect to see a lot of passing, but I would also like to see Jeff Green get some chances. And, of course, there is also Vander Blue and Chris Johnson; two D-Leaguers that will be vying for a new deal after their 10-day contracts expire.

To my eye, the Celtics have gone to the post a little more frequently as of late, but I expect to see Stevens and Rondo call more post-ups with the lack of their number one mid-range shooter, Avery Bradley. Utilizing Jared Sullinger, Kelly Olynyk, and Jeff Green on the post more often will not only help their development, but it could also open up things on the perimeter for other scorers.

Lastly, the Celtics have seldom utilized a set called "Horns," which works well with big men that can shoot and pass well from mid-range. I will admit that I have been disappointed to see so little of it this season, since I think it fits the skillsets of Brandon Bass, Kris Humphries, Sullinger, and Olynyk, all so well. Without Bradley, I look forward to seeing if the Celtics choose to use "Horns" more often.

The defense will suffer

Avery Bradley's defense hasn't been as extraordinary this season as it has been the past few years -- probably because he has to expound so much more energy on offense -- but he has still been the best perimeter defender on the team. With him out injured, the entire defense will suffer. 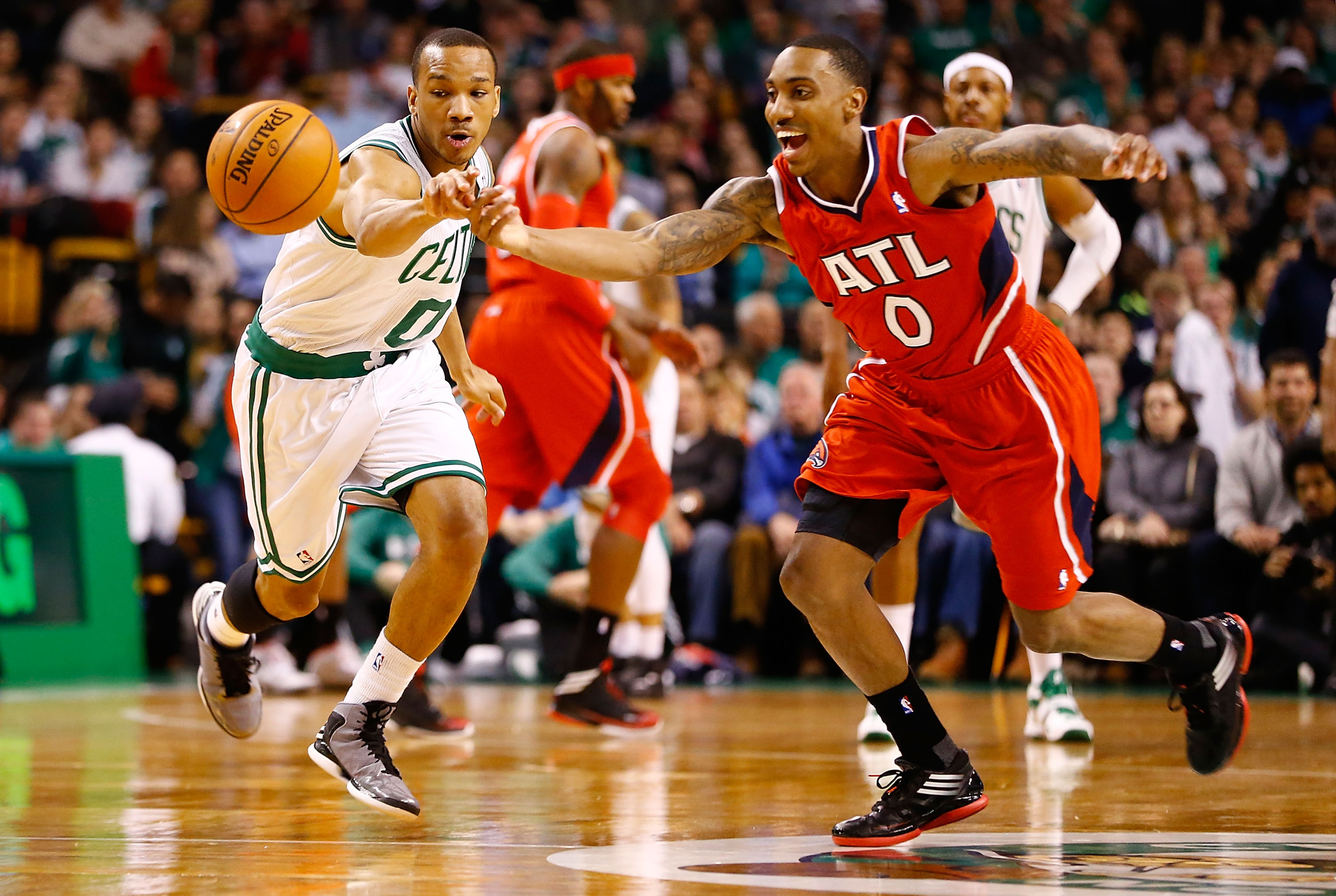 Bradley obviously has the ability to keep his man in front of him, and without him it's more likely that one of the many talented guards in the NBA will force dribble penetration, putting pressure on the interior of the Celtics' defense.

This doesn't necessarily mean that this player will score, but it does mean that bigs like Sullinger and Humphries will have to help more inside to prevent an easy layup. This pressure could put the team in foul trouble, but it also opens up shots beyond the arc, which is an area the Celtics have already had problems defending this month. They have allowed a 39.7 three-point percentage this month, which ranks near the bottom of the league.

Of course, there are plenty of technical aspects of the Celtics' defense that will change drastically, but only the players, coaches, and others within the organization, can understand some of those minor, yet central details.

So many intricacies go into making an NBA defense work as one organic unit, and taking a player like Bradley out of the equation radically shifts things; even though we can't quantitate it, we know it's happening.

New opportunities for all

I alluded to this throughout the entire article, but the most important thing that changes with Avery Bradley on the mend is that players will receive new opportunities. Sometimes a team just gets lucky when a guy gets hurt, and someone else steps up to prove that they deserve playing time in the NBA.

Maybe Vander Blue and Chris Johnson are the real deal, and they'll get an opportunity to prove that in the next few weeks. A rookie like Phil Pressey will be able to shoot the ball more often, and he may find his stroke. Even established players like Jeff Green and Jared Sullinger will see their roles adjusted, which could potentially help them in the long run. Who knows? All that matters is that these guys will get experience doing something they otherwise wouldn't get the chance to.

This also gives the coaching staff an opportunity to assess their roster without one of their main cogs. Brad Stevens might find new plays or sets that benefit the team, and will help once Bradley returns. Not to mention that Danny Ainge will get to see how the defense looks without their best perimeter, which could influence potential transactions.

No matter how you slice it, the loss of Avery Bradley changes the Boston Celtics. When he returns in a couple of weeks, they could potentially be a new and improved team, or one grasping for air, as they wait for their best defender to return.