1. The C's get financial flexibility

Let's be clear: This trade is all about the money. Boston gains some financial relief immediately and even more in the coming years. Before this deal, the Celtics were on the verge of reaching the NBA's luxury tax line of $71.74 million. How close were they? Just a touch over half a million, with a total salary of $71.21 million. After acquiring Bayless for Lee, the Celtics cut $2.1 million, and now sit comfortably, with a total payroll of $69.12 million.

Bayless carries an expiring contract, making him a rental for the rest of this season, whereas Lee has over $11 million remaining over the final two years of his contract. This means that the Celtics own only $43.3 million in guaranteed salary next year, which is almost $20 million below the projected salary cap. The Celtics will now be able to hand out contract extensions to players like Avery Bradley and Jordan Crawford.

2. Is Ainge buying or selling?

You might fall on either side of this discussion depending on how you value Lee and Bayless as players, but I hold the position that thinks Danny Ainge is selling with this deal. At 28-years-old, Courtney Lee is in the midst of a career season, yet Ainge decided to deal him off for a career backup shoot-first point guard in Jerryd Bayless. Despite the obvious logjam at the shooting guard position, I believe this deal still makes the Celtics worse on the court. 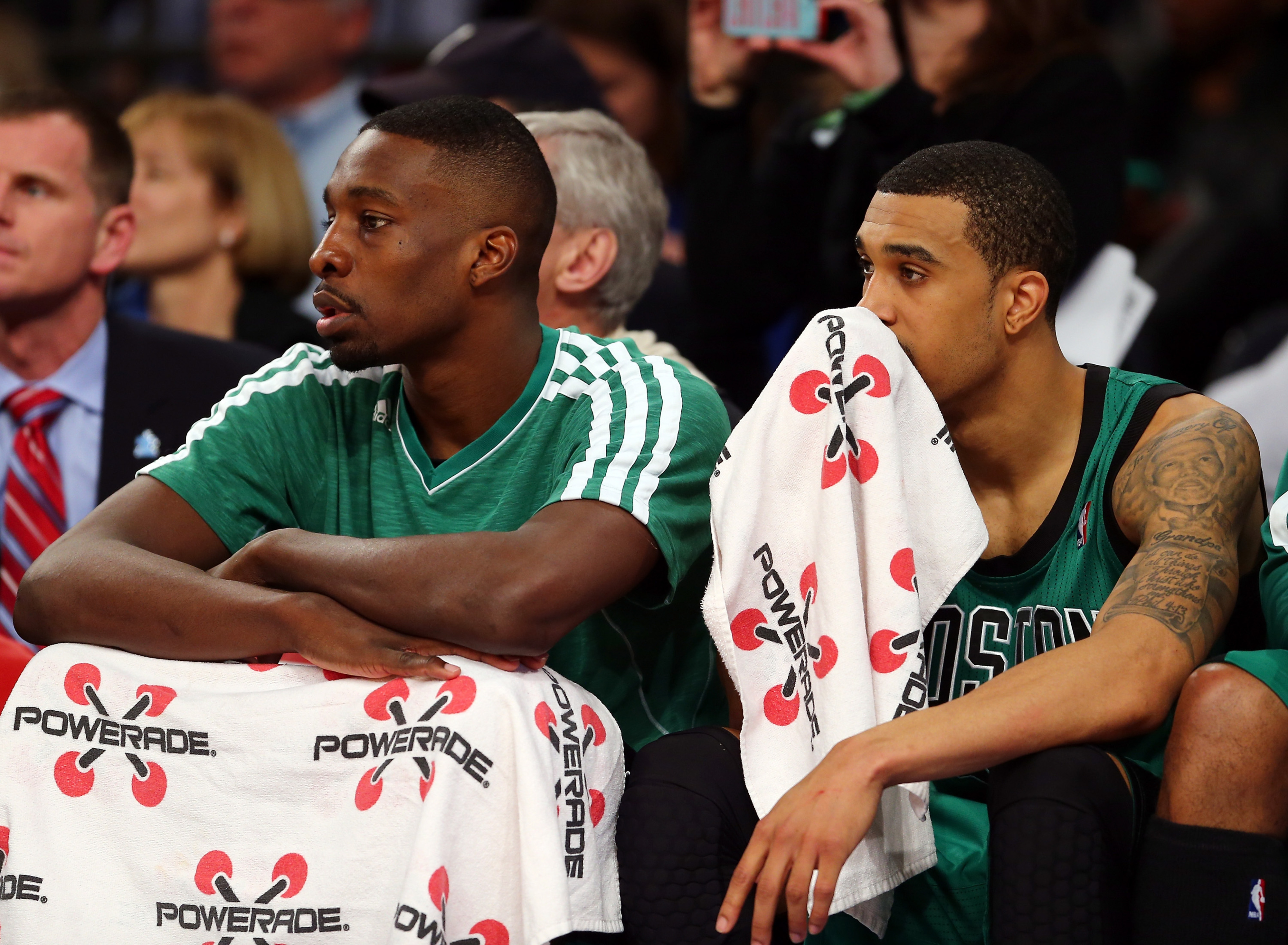 The 6-foot-5 Lee is not a star, but he's steady night in and night out. Over his six-year career, he has hit three-pointers at a high rate of 38.7 percent, in addition to his efficient mid-range game. Even if Lee isn't performing offensively, he always plays hard-nosed defense, which can still create offense as a byproduct. Though the Celtics still have players that can score as at shooting guard in Avery Bradley, Keith Bogans, and Jordan Crawford, the last two still don't bring the same amount of defense as Lee.

Jerryd Bayless is also a significant downgrade defensively because he spends the bulk of his energy on offense. He's a highly aggressive player that will catch fire on some nights, like he has against the Celtics, but he is often a nonfactor unless he's draining the three. Doesn't that sound similar to a guard the Celtics already have in Crawford?

Some will dispute this and say that Bayless is an upgrade over Phil Pressey, which I agree with; but I think he should really be compared to Crawford, since that's the player he could be fighting with for minutes once Rajon Rondo returns. And if you ask me, they're a complete wash, but there's no doubt the defense has been downgraded in the backcourt, reducing the team's talent as a whole.

We could argue all day about whether or not the Celtics get better or worse as a team with this deal, but there's no denying that the chemistry in the locker room takes a significant blow. Courtney Lee was one of the most loved and respected players on the team, and is especially close with starters Jeff Green and Avery Bradley.

If players on the team like Green or Bradley are angered by the deal, rookie head coach Brad Stevens will gain valuable experience by dealing with an agitated locker room. Trades are part of the business, which is something Stevens has never had to deal with at the college level. This will only be beneficial for the future, as unimportant as it may appear to be right now.

4. Lee was a disappointment

It has been a pleasure to watch Courtney Lee play with the Celtics the past year and a half, but he still failed to meet the expectations set for him. In 108 total games with Boston, Lee has averaged 7.7 points on 47.1 percent shooting, 2.2 rebounds, and 1.6 assists in only 22.6 minutes per game. Even though these numbers aren't too bad, he was expected to make a more considerable impact offensively. But after fixing a hitch in his jumper, Lee has turned into the player that the Celtics thought they acquired during the summer of 2012. The Grizzlies' basketball operations team of Chris Wallace and John Hollinger probably recognized this, and believe that Lee could make an impact in the playoffs, much like he did his rookie year in Orlando.

5. Bayless could be playing for a contract

The 6-foot-3 Jerryd Bayless has started in only 47 of the 362 total NBA games he has played in, and though he's in the sixth year of his career, he might see his few months in Boston as an opportunity to prove that he deserves to start somewhere. Streaky shooters like the 25-year-old Bayless often see their numbers equalize over the course of a season, and he has been anything but hot so far, with only a 46.8 true shooting percentage. Perhaps, Bayless will explode over the second half, increasing his chances of being offered a wealthy contract this summer.

6. Pressey to the D-League?

I'm not sure how Phil Pressey will find minutes the rest of this season. Jordan Crawford will continue to start at point guard until Rajon Rondo returns, and when that happens we'll probably see Crawford shift to the backup two-guard alongside the backup point, Jerryd Bayless. There is simply no room for Pressey, and an assignment to the NBA Developmental League seems likely for him.

I would argue that this is the best-case scenario for the rookie point guard, since he has yet to find his scoring touch in limited minutes with Boston. Maybe receiving increased minutes with the Maine Red Claws will allow Pressey to make strides in his game.

This is the only beginning of trading season for Danny Ainge, especially if the Celtics are selling like I believe they are. There should be a trade market for power forwards Brandon Bass and Kris Humphries, and guards Jordan Crawford and MarShon Brooks. There might even be something out there for small forwards Jeff Green and Gerald Wallace.

Ainge will continue to look to shed salary (Bass and Wallace), but if he is willing to deal talent in order to get worse (Bass, Crawford, and Green), then he might be able to get some future assets in exchange. Ainge certainly finds some of the players projected to go in the top five of 2014 draft to be attractive pieces for the future, and I wouldn't put it against him to deal off a player to increase the Celtics' chances at drafting one of them.