The 2014 NBA draft class has been hyped as one of the deepest in years, and for good reason. With potential franchise changers like Kansas' Joel Embiid and Andrew Wiggins, and Duke's Jabari Parker, there is a lot to be excited about in the top five.

However, there is plenty of talent to be found elsewhere. This draft has the potential to be loaded if everyone expected to declare does so.

With March Madness fast approaching, it's time to ramp up our draft coverage at CelticsBlog.com. Here is my first big board for the 2014 NBA draft:

Some fans want to see their losing teams "Bleed for Embiid" because of his star potential. With his long, athletic build, he will most definitely be a terror on the defensive end once he reaches his prime. Most remarkable of all is how he has fixed his weaknesses this season. Early in the year, he'd leap at pump fakes, but now he stays grounded and blocks shots; when he'd get double-teamed on the post, he'd turn it over, but now he makes an accurate pass out to the perimeter. Considering his intelligence, athleticism, and post game, it's clear that Joel Embiid is blossoming into a potential franchise changer.

Wiggins is quite the mystery: He sometimes flashes brilliant potential, yet he vanishes in other games. Is this inconsistency there because Wiggins is simply an underdeveloped 18-year-old, or will this become a regular thing, even when he reaches his prime? Speaking about his prime, there's no still reason to drop him far down the draft board because his smooth jumper, and athleticism on both ends of the floor have still both been put on full display in spurts. By March Madness, Wiggins could very well be projected to go number one again.

Jabari Parker is like a Carmelo Anthony clone on the basketball court. Like Melo, he plays a spectacular inside-out game, with a fast jumper, and strong post moves. He can also lead the fast break and finish in transition. But he has struggled in his past ten games, averaging 14.4 points on a 35.3 shooting percentage. Defenses have started to game plan for him by crowding him on the perimeter and by denying ideal positioning on the low post. His passing and defensive abilities also leave a lot to be desired (even though his D isn't as bad as advertised), but he still is a difference maker with his rebounding and leadership. With such a great attitude, it's only a matter of time before the weaker parts of his game improve.

It's hard to get a confident read on International prospects, but the existing footage of Exum is captivating. The teenager says that he models his game after Derrick Rose, and it shows. Like Rose, he's a high-flying guard, with the ability to drive and slash, but he also brings a more technically sound jumper -- though Exum must improve his consistency. With a long wingspan, he could comfortably play both guard positions on each end of the floor. Don't be stunned if Exum jumps into the discussion as a top three pick, especially if a team needs a point guard. 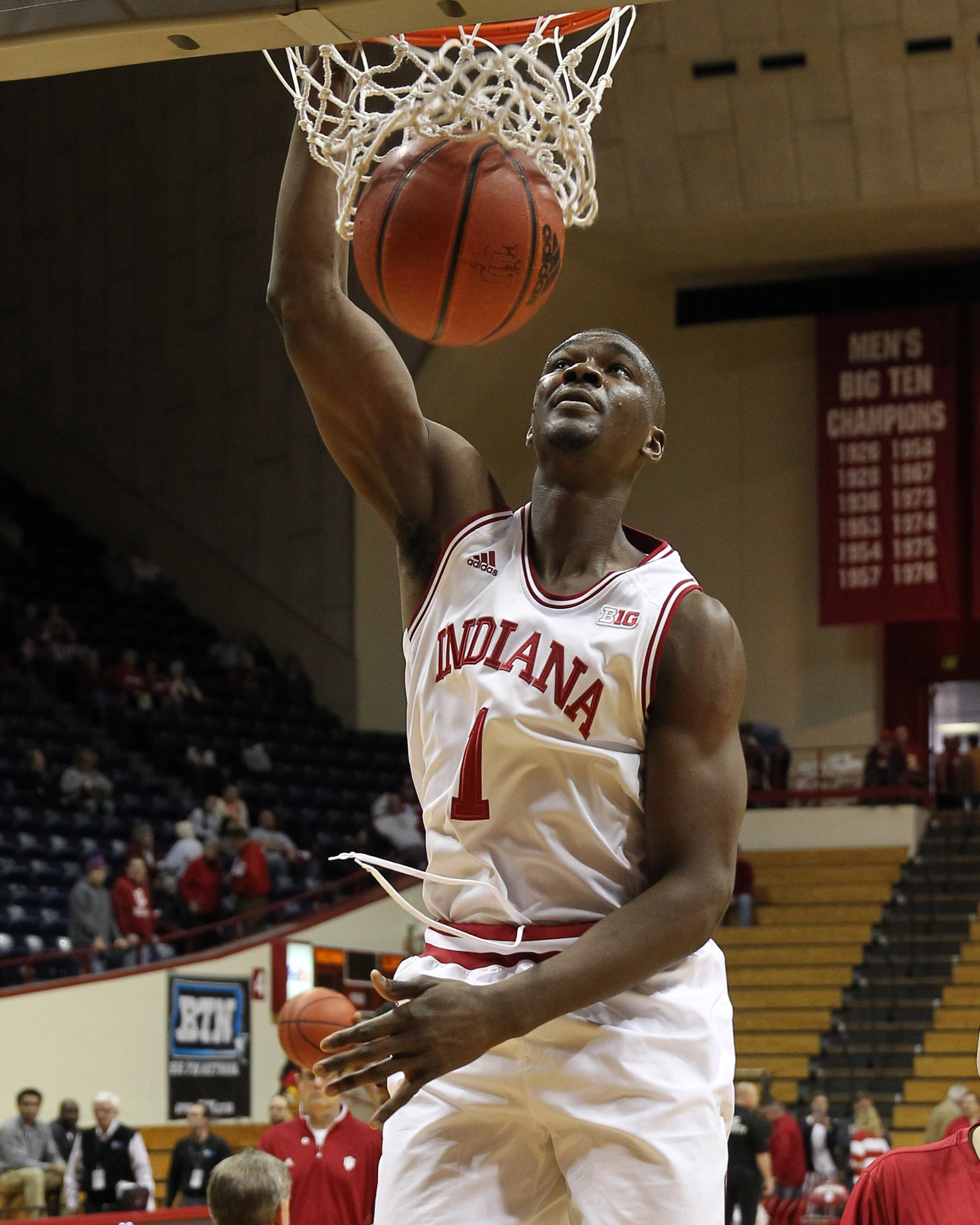 When it's all said and done, Noah Vonleh might not crack the top five, but he'll be one of the safest top ten picks. Vonleh is a monster rebounder, due to his "Mr. Fantastic" type of ability to stretch for boards over a wide range. It's a small sample size, but he looks extremely comfortable taking a jumper, since he's 10-for-18 from behind the arc. His post game needs refining, but that will come with time considering his strong work ethic.. Vonleh will garner top five consider top five recognition soon enough.

Randle's shortcomings -- defense, shot blocking, passing, jump shot, short arms, vertical -- have started to show, and he is now sliding down draft boards. Randle has struggled versus taller, longer defenders, since he isn't able to bully his way to the rim or outmuscle them for rebounds. How will his game translate to the pros, where he won't be able to rely on pure power? There are more questions than certainties about his game, which is why it's time to drop him down the big board. But he still has loads of talent, and could rise back up very soon if he adjusts.

SI.com says that an Eastern Conference executive compared Aaron Gordon to Shawn Marion, which makes a lot of sense. Gordon is one of the most intriguing prospects in the draft, with a unique combination of athleticism, defense, hustle, rebounding, and determination. Like Marion, Gordon is a "glue guy," and could find a role on any team in the NBA. Right now he's severely limited offensively, but he doesn't turn 19 until September, so he has plenty of time improve his skills.

It looked like Smart improved his game earlier this season, but some of his downright terrible offensive performances are concerning. Just this month, he shot 3-of-14 against Baylor, 1-of-7 versus West Virginia, and 3-of-14 against Kansas. He's also shooting a miserable 10-of-45 from three-point range, the worst drought of his college career. As turnovers remain a major problem, one must wonder: Is Marcus Smart really cut out to be a point guard in the NBA? The last two months of the college season might provide the answer.

It's hard not to love Gary Harris: He hustles hard, plays fiery defense, shows leadership potential, drives well to the rim, and can occasionally shoot the lights out. Even though his three-point percentage has dropped this season (41.1% to 33.9%), his two-point statistic has actually risen (49.7% to 53.8%). With an increased role on offense, Harris is showing his potential as a go-to scorer, in addition to his lockdown defensive abilities.

As the likes of point guards Marcus Smart and Andrew Harrison have begun to slide, Tyler Ennis has started his climb the rankings. Ennis has been a star for the undefeated Syracuse Orange, with a marvelous 3.9-to-1 assist-to-turnover ratio. When he's on the court (almost always), Syracuse's offense is able to get easy shots thanks to Ennis' playmaking ability. He might not have the flash of some other players in this draft, but he could have a long career in the NBA.

James Young is like J.R. Smith, but with heart and hustle slapped on top of everything. He's a volume scorer, but makes the game look easy by getting the types of shots he wants, whether it's at the rim or on the perimeter. But unlike Smith, Young brings an "it factor." He always seems to make a difference on the game, whether it's his tendency to push the tempo, play strong defense, or by rebounding the ball.

Despite the fact McDermott will probably win Player of the Year, many wonder if his game will translate to the NBA. He's not very athletic, and definitely won't make an impact defensively, but at worst, he'll be a three-point specialist. After all, he's a 45.8 percent shooter from behind the arc thanks to his perfect fundamentals. In other words, he projects to be like Kyle Korver, but with a much better game driving to the basket. It wouldn't be surprising if he averages 20 points per game a few times in his career, since he's that proficient offensively.

Stauskas was impressive as a freshman at Michigan, but has taken his game to a whole new level this year. Who could've expected this? He's shooting 45.9 percent form three-point range, and appears to be equally effective no matter the situation. Whether he comes off a screen, or pulls up off the dribble, Stauskas' form has been pure. Most surprising of all has been ball handling and passing ability. With an expanded role on the team, Stauskas has shown that he might be more than a shooting specialist.

Saric probably deserves to be higher on the board, but it's difficult to rank him since there is so little footage of him from this season. But from what's out there, it appears that Saric has drastically improved his body since from last year. He looks stronger, which is important since the majority of his game revolves around driving to the basket. Saric is a point-forward in many ways, and is very good at grabbing rebounds and then motoring up the floor. But he must improve his consistency shooting the ball if he wants to be more effective in the half court. 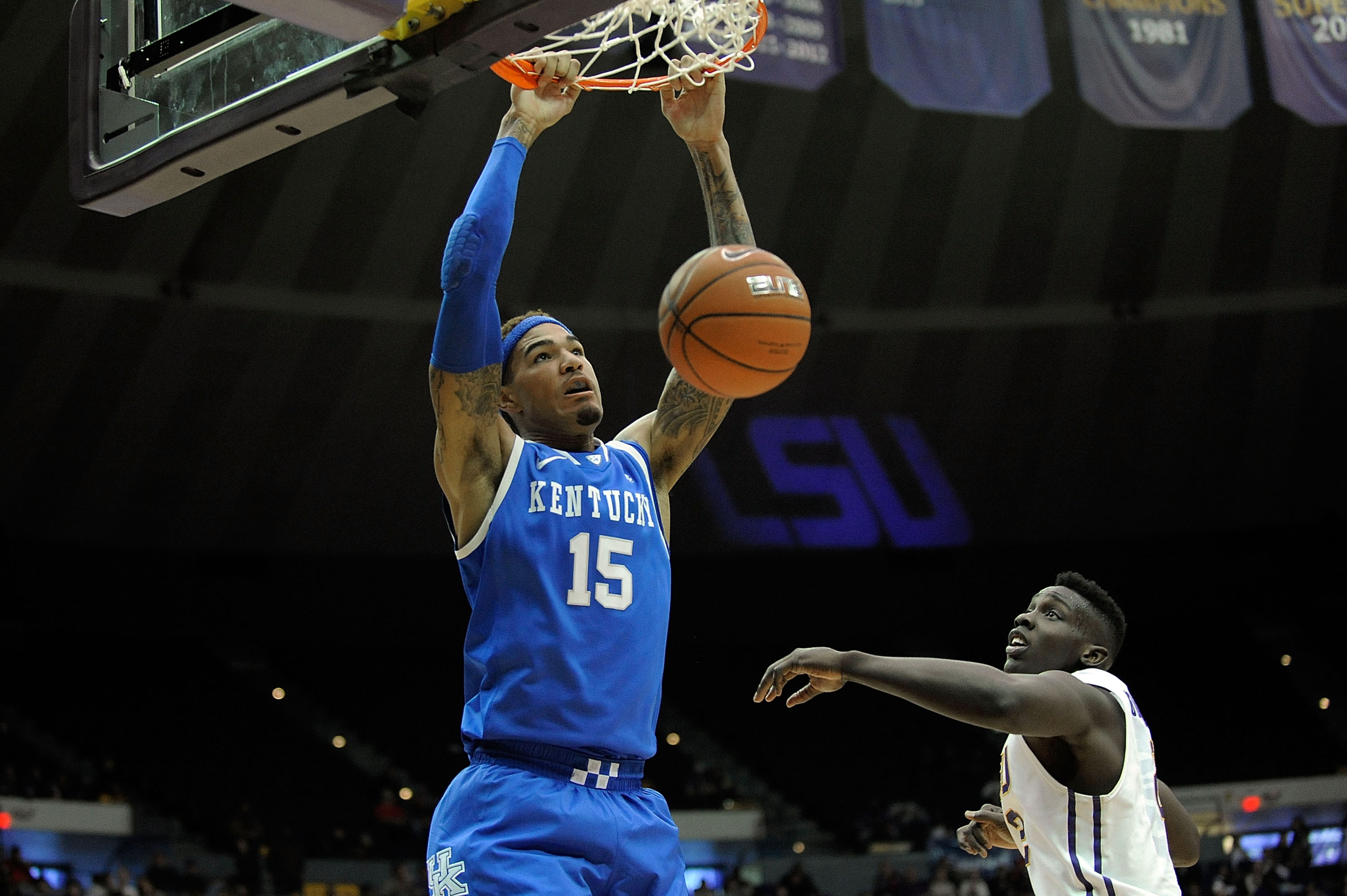 Cauley-Stein has shown the potential of a excellent defensive player, since he keeps his head on a swivel and does a superb job of scanning the floor. It's rare that he's caught out of position, as he always challenges shots near the rim. However, he has struggled with consistency and has a nonexistent offensive skillset (unless he's right at the rim). It's also hard to understand why he only averages 6.4 rebounds per game when he has such outstanding size and length. However, he has all the tools to be an impact player in the NBA.

Everybody should keep an on LaVine because of his upside. Even though he's only averaging 11.5 points per game, and has had more disappointing games than great ones, he has still flashed the skill of a potential difference maker in the NBA. LaVine shoots the three very well, at 45.5 percent, but can also finish hard at the rim with thunderous dunks.

Jerami Grant has immense potential but has yet to prove that he can hit a jumper. Despite that, he is a freak of nature athletically, and could turn into a star player in an up-tempo offense. As a great defender and rebounder, he can turn defense into offense with his abilities in the open floor.

Hood is a fantastic three-point shooter, and is able to score off the catch and dribble equally well, but he has problems elsewhere. He hasn't proven that he can attack the rim consistently, which means he doesn't get to the line very often. Hood's also not a great defender just yet, despite possessing respectable athletic skills. The potential is there for the 6-foot-8 for wing, but he lacks the polish.

If a competing NBA team wants a player to plug straight into their big man rotation, Adreian Payne is that man. At 6-foot-10 and 240 pounds, Payne is very good at scoring from both the high and low post. He may never be a fulltime starter in the NBA, but he'll be no worse than a quality role player on a contending team's bench.

Harrell is undersized, shoots 50 percent from the line, and is rudimentary on the post, so why is he on the top 20? Just to name a few things: his explosiveness, long wingspan, and heart. Harrell, despite his weaknesses, brings something special to the court. He has a long way to go and another year of college could benefit for him, but the talent is there for him to be a high-energy role player.