Share All sharing options for: Boston Celtics debut new alternate logo and make slight revision to their away jerseys

Get ready for some changes to the Boston Celtics, but not the kind you were expecting. Today the Boston Globe revealed a new alternate logo that the Celtics will use on team apparel and merchandise, but not on any jerseys worn by players. 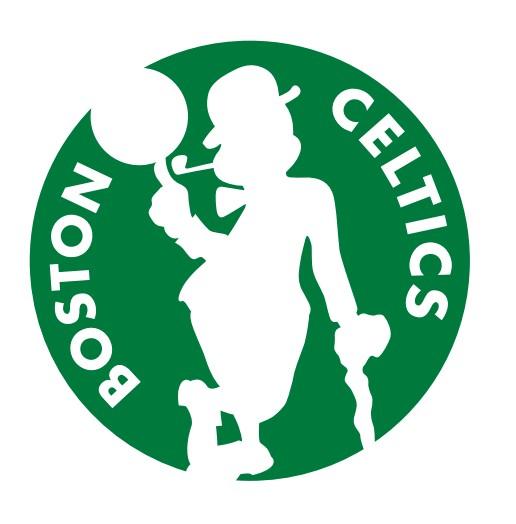 Created in-house, the logo, which is known as the "Lucky Alternate," pays homage to the early 1960s illustration created by Celtics patriarch Red Auerbach's brother, Zang, a former editorial and sports artist for newspapers in Washington.

"It's such an iconic silhouette that people, when they see it, they'll know exactly what it is," said Shawn Sullivan, the team's chief marketing officer.

Keith Sliney, the Celtics' creative director and the logo's designer, stressed that it won't be replacing their main logo, nor are there immediate plans to place it on game jerseys.

The logo is very tasty, and it's something I'd love to see the Celtics incorporate into their jerseys at some point in the near future.

I've always been a fan of silhouettes in film, whether it's Isaac and Mary sitting on a bench by the Brooklyn Bridge in Manhattan or the "check-up" scene in Austin Powers in Goldmember, so it's nice to see the Celtics ease something in that's so darn smooth.

Click here to see some more photos of the new logo from Celtics.com.

The NBA will also be making a universal change to jerseys by placing their logo on the back instead of the front, as well as adding a "gold tab" on the collar for each team that has won at least one championship.

In addition, the Celtics will be making a revision to their away jerseys, as the front will now read "BOSTON" instead of "CELTICS."

I don't mind the change; it honestly doesn't make much of a difference to me. Either way, I like the jerseys, so this looks good to me.

What I do know for sure is I want to see less of the "green and black-trimmed" away jerseys. I think they look terrible on television, though they aren't bad in person.

I watch every away game on an HDTV and think the numbers can sometimes be difficult to read, so I can't imagine how hard it must be in standard definition, or for casual fans who can't distinguish between the players. They just aren't a good look from afar, especially compared to the classic and brilliant "regular aways."

If you're into that sort of stuff, that's just another reason to root for them to wear their primary away jerseys more often next season, which I'm sure they will considering the change they made. But I only recorded the stats because I had a conversation with a friend about how it seemed like they never won a game on the road wearing black-trimmed jerseys.

I was right; they didn't. Maybe the Boston Celtics will change their own luck next season with their new logo and jersey.